Agile Cigar Reviews replace what we termed “Assessment Updates”. The concept is the same, but the name is different. Agile Cigar Reviews use a lightweight, shorter format. These will never take the place of our comprehensive reviews. They are only used on blends we have previously assessed. This might be a blend we are re-scoring or providing a score for a first time. It might be a blend we are looking at in a different size. Today we look at the La Aroma de Cuba Noblesse 2014 edition. For this cigar we assessed the 2014 version back in October, 2014. 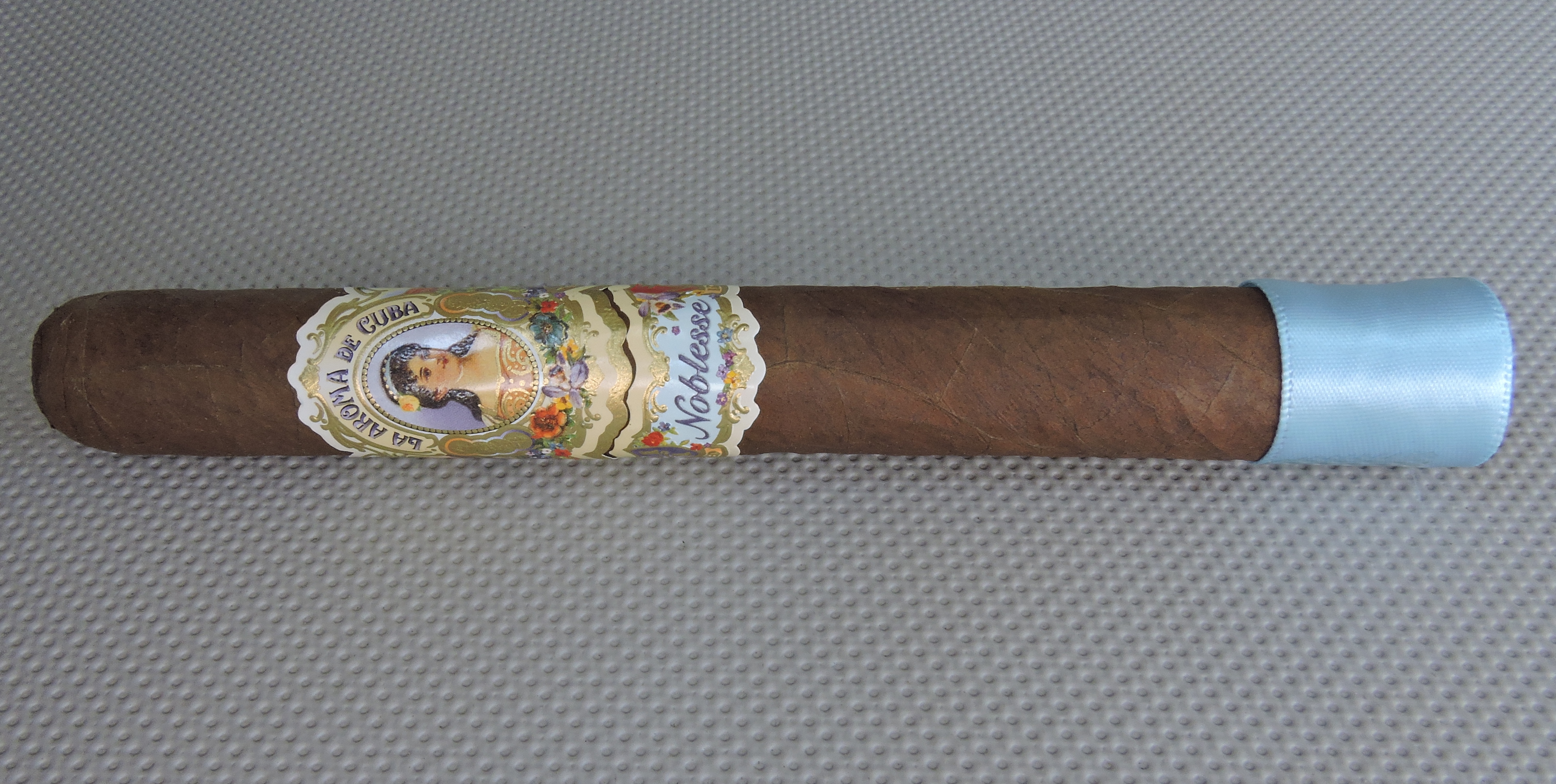 The Noblesse consists of an Ecuadorian Habano Rosado wrapper and a double binder consisting of both Nicaraguan Criollo and Nicaraguan Habano. The filler is all Nicaraguan including tobaccos from Esteli, Jalapa, and a region called Namanji (located Northeast of Esteli). As with all La Aroma de Cuba and San Cristobal brands from Ashton, the Noblesse is made at the My Father Cigars factory in Esteli, Nicaragua.

The Noblesse started out with notes of cocoa, natural tobacco, and black pepper. The pepper played more of a secondary role on the tongue, but was more prominent on the retro-hale. But the second third, I found the natural tobacco took over from the cocoa as it moved into the background. The pepper notes did increase later in the second third. By the final third, the pepper moved into the forefront and the cigar now had a more earthy profile.

One thing I didn’t really pick up this time around were the cinnamon and grassy notes – which I had picked up when I originally smoked.

Body-wise, I found that the notes seemed a little fuller this time around. I assessed the Noblesse as being a full-bodied cigar (as opposed to medium to full-bodied last time). The strength level remained medium to full.

Overall I still found the La Aroma de Cuba Noblesse to be an excellent cigar. It had a touch less complexity, but the flavors that were still there were bolder and more robust. This is a nice cigar and if you can find some of the 2014 cigars around, they are worth getting – easily worth a box split.