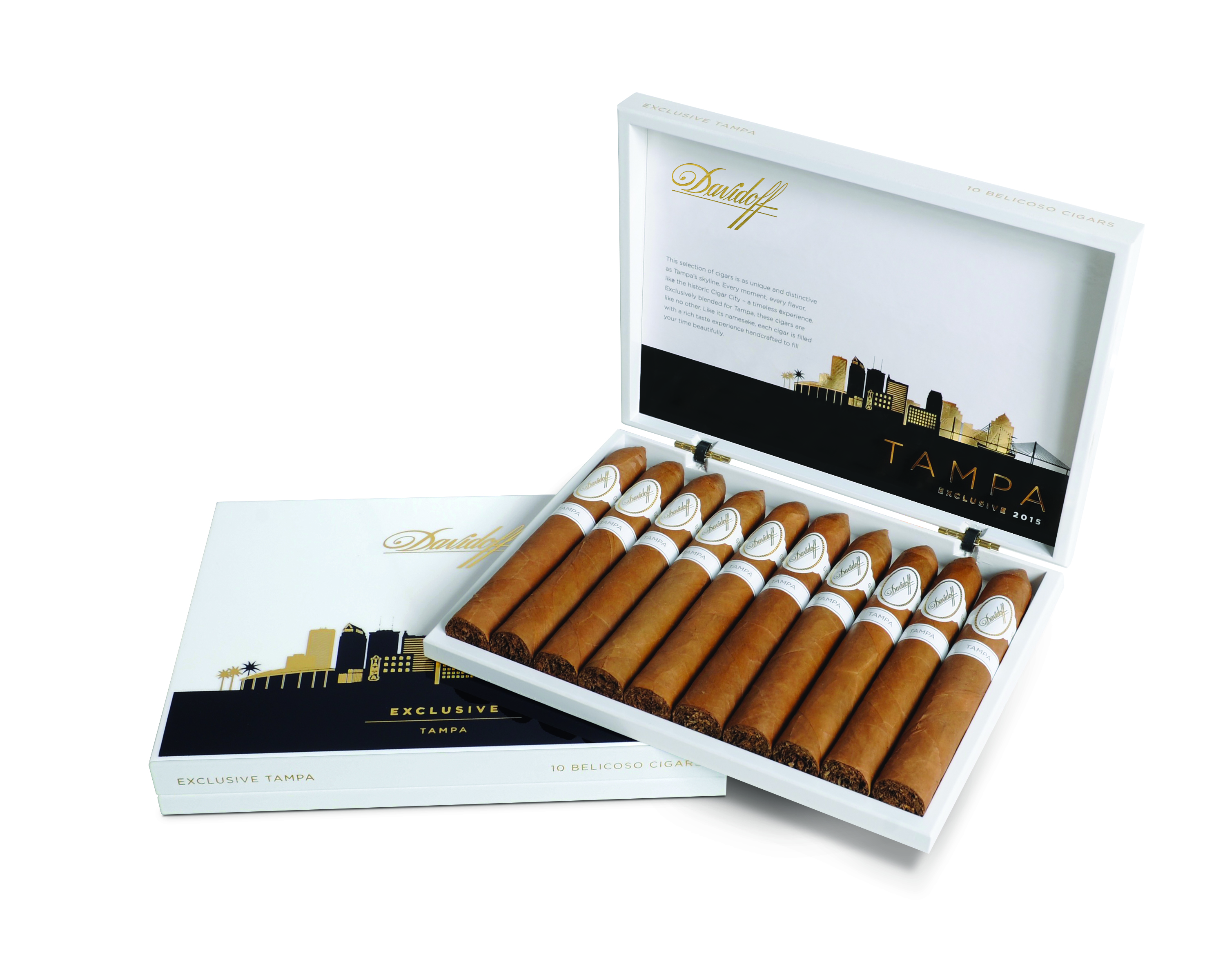 With the new Davidoff of Geneva since 1911 Flagship Store scheduled to open in Tampa, Florida later this year, plans have been announced for an exclusive Davidoff shop exclusive to be available at location. Today the company announced details of the Davidoff Exclusive Edition Tampa. The cigar is scheduled to be available at the new Flagship Store in December, but will have two soft launches prior to the store’s opening -firsst at the Ybor City Cigar Festival on November 7th in Tampa and then at Cigar Dave’s Alpha Pleasurefest at the Rock at Seminole Hard Rock Hotel & Casino on Saturday November 21st.

The Davidoff Exclusive Edition Tampa will be a 6 x 52 Belicoso. The cigar features a Connecticut Ecuador Rojiza wrapper over Dominican binder and filler. The cigar is described as having a creamy, mild profile.

“At Davidoff, our mission is to fill the aficionados’ time beautifully, delighting and surprising aficionados, by crafting exceptional cigars and creating unrivalled retail experiences. With these bespoke Exclusive Editions, we are taking service and experience to a higher and more personal level, ” says Charles Awad, Senior Vice President Marketing & Innovation at Oettinger Davidoff AG in a press release.

“Like all Davidoff cigars, the Tampa Exclusive is exceptionally crafted. However, the flavor profile of this particular cigar is somewhat different,” commented Davidoff Tampa owner Jeff Borysiewicz . “We wanted a mild, creamy cigar that is a little softer on the palate… something approachable for folks just entering in the world of cigars or for those who are looking for mild, pleasing smoke.”

At a glance, here is a look at the Davidoff Exclusive Edition Tampa: