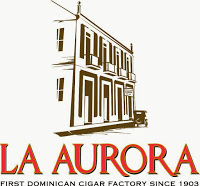 La Aurora Cigars announced it has reached an “amicable settlement” with Padilla Cigars over the use of a lion being used as a logo.

Under the agreement, Padilla Cigars will change its current lion logo to a more abstract version of a lion design. In addition, Padilla will be allow to sell out of its current inventory before the logo change occurs. Padilla Cigars also agreed to abandon a current U.S. Trademark registration.

According to a press release by La Aurora announcing the settlement, the change in the Padilla version will “avoid confusion in the market place and make a separate commercial impression in the minds of the consumer”.

La Auroa is owned by the Leon family. The name Leon is Spanish for “lion”. The company has said it has used a lion to identify its products since 1926.

Under the agreement, La Aurora has also agreed not to employ any third parties to purchase the remaining inventory from Padilla.