Agile Cigar Reviews replace what we termed “Assessment Updates”. The concept is the same, but the name is different. Agile Cigar Reviews use a lightweight, shorter format. These will never take the place of our comprehensive reviews. They are only used on blends we have previously assessed. This might be a blend we are re-scoring or providing a score for a first time. It might be a blend we are looking at in a different size. Today we look at the LUJ Kuro in the Perfecto size. This is a cigar we did a pre-release assessment back in July, 2015. 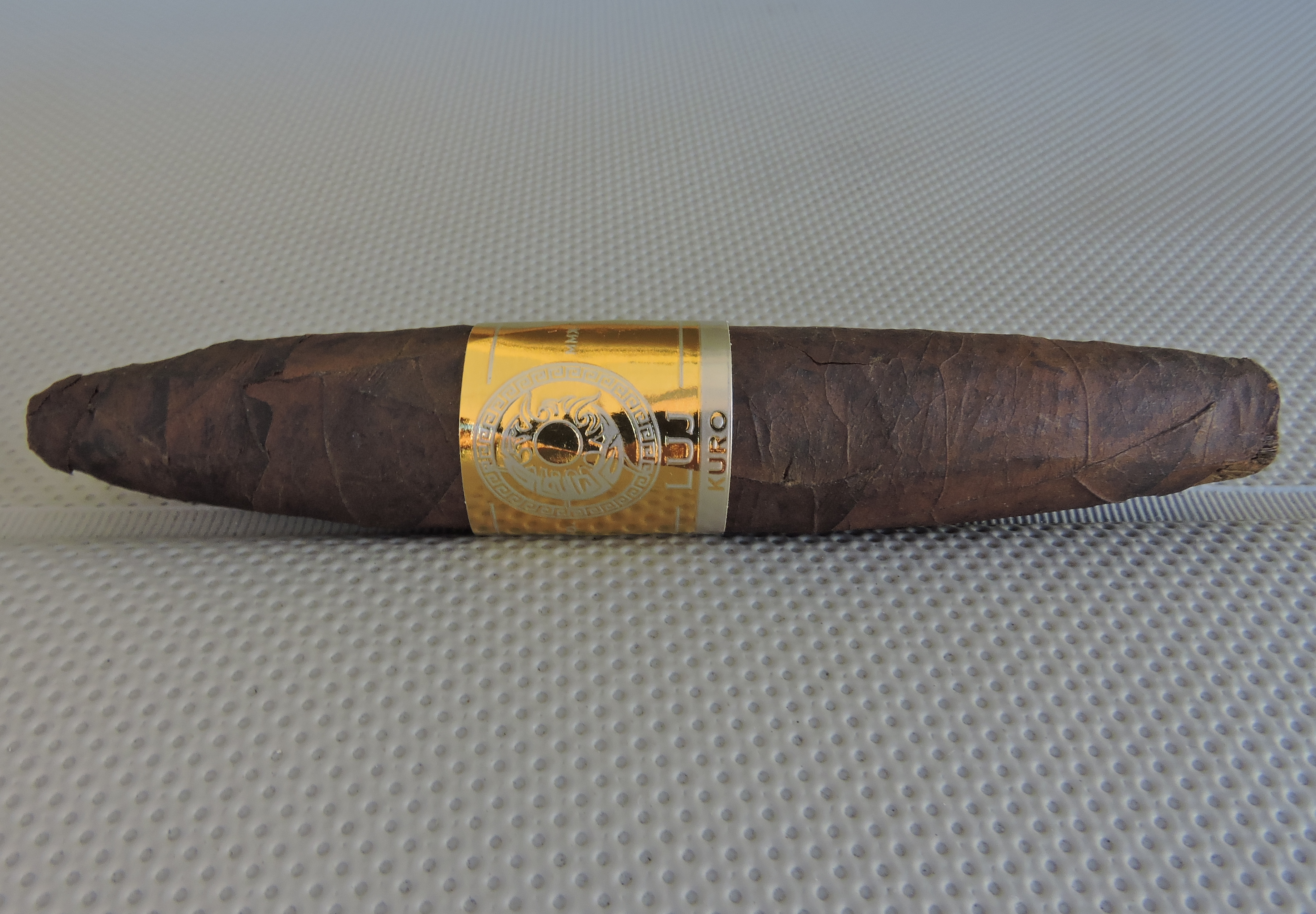 The LUJ Kuro is a new offering from LUJ Cigars that was launched at the 2015 IPCPR Trade Show. The Kuro is intended to be an ultra-premium offering. The Kuro is a project that has been two years in the making. It originally started out as a private blend that was used for some corporate gifts in Japan. After the cigar was well received in Japan, some test marketing was done by LUJ Cigars and the feedback was overwhelmingly positive. A decision was then made to put the cigar into production. After smoking a pre-release in the perfecto size back in July, I now take another look at this cigar.

Since the portfolio of LUJ Cigars uses tobaccos based on limited supplies of tobacco, the company employs a small batch model – but with a different twist. Once a tobacco supply become exhausted, the company makes not only adjustments to its blends, but to its branding. Thus, one can expect there will be a point that once the tobacco supplies are no longer there, the Kuro name will be retired.

As for the blend of the Kuro, LUJ does not disclose information about its blends. The LUJ Kuro is available in four sizes: Perfecto, Toro, and Double O (a 7 x 48). Each individual cigars is packaged in an elegant coffin. 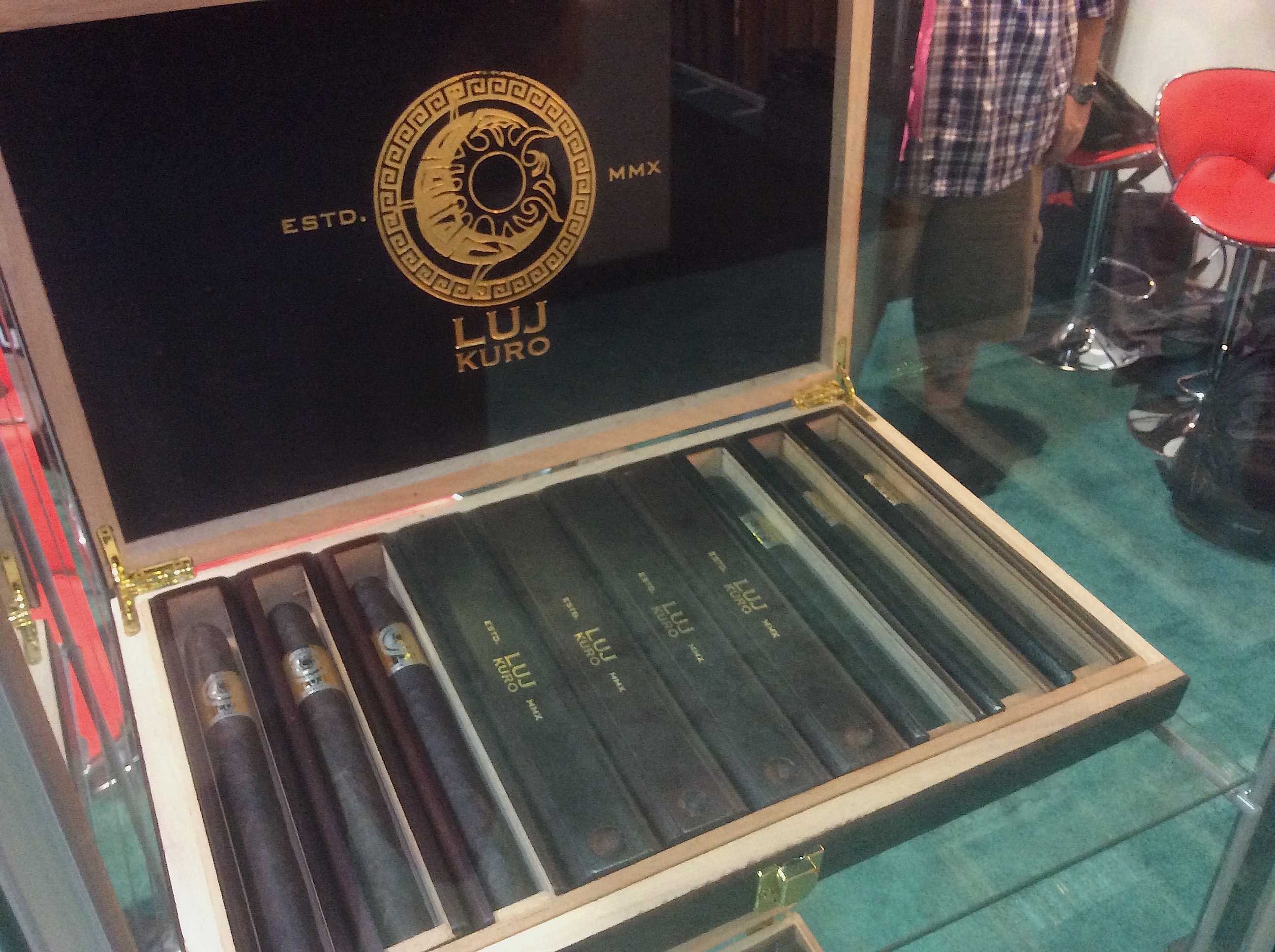 Flavor-wise, I found the LUJ Kuro Perfecto to keep to the same profile as when I smoked the pre-release.  The Kuro started out with white pepper before notes of mocha surfaced. The mocha notes had a “compound note” quality to it delivering notes of coffee, chocolate, and a slight espresso syrup note. The pepper notes subsided, but remained in the background for the remainder of the smoking experience. By the second third, I found some earth notes entered the equation.  The mocha notes subsided later in the cigar experience, but did not totally dissipate.  I found these flavors to be medium-bodied and they were countered by medium strength.

By the midway point, I found the earth notes moved into the forefront with the mocha components, and  later in the second third, I found the earth notes became the primary flavor. The mocha components had receded into the background, but still very much contributed to the profile. There was a slight increase in spice, but the cigar never became a spice bomb. This is the way the cigar experience came to a close. The resulting nub was outstanding for a perfecto – firm to the touch and cool in temperature.  The construction was excellent.

The LUJ Kuro Perfecto is another outstanding offering by LUJ Cigars.  This is a pricier cigar ($24.00 and up depending on size), but it will deliver a very worthwhile and enjoyable experience. It is definitely worthy of a box split.