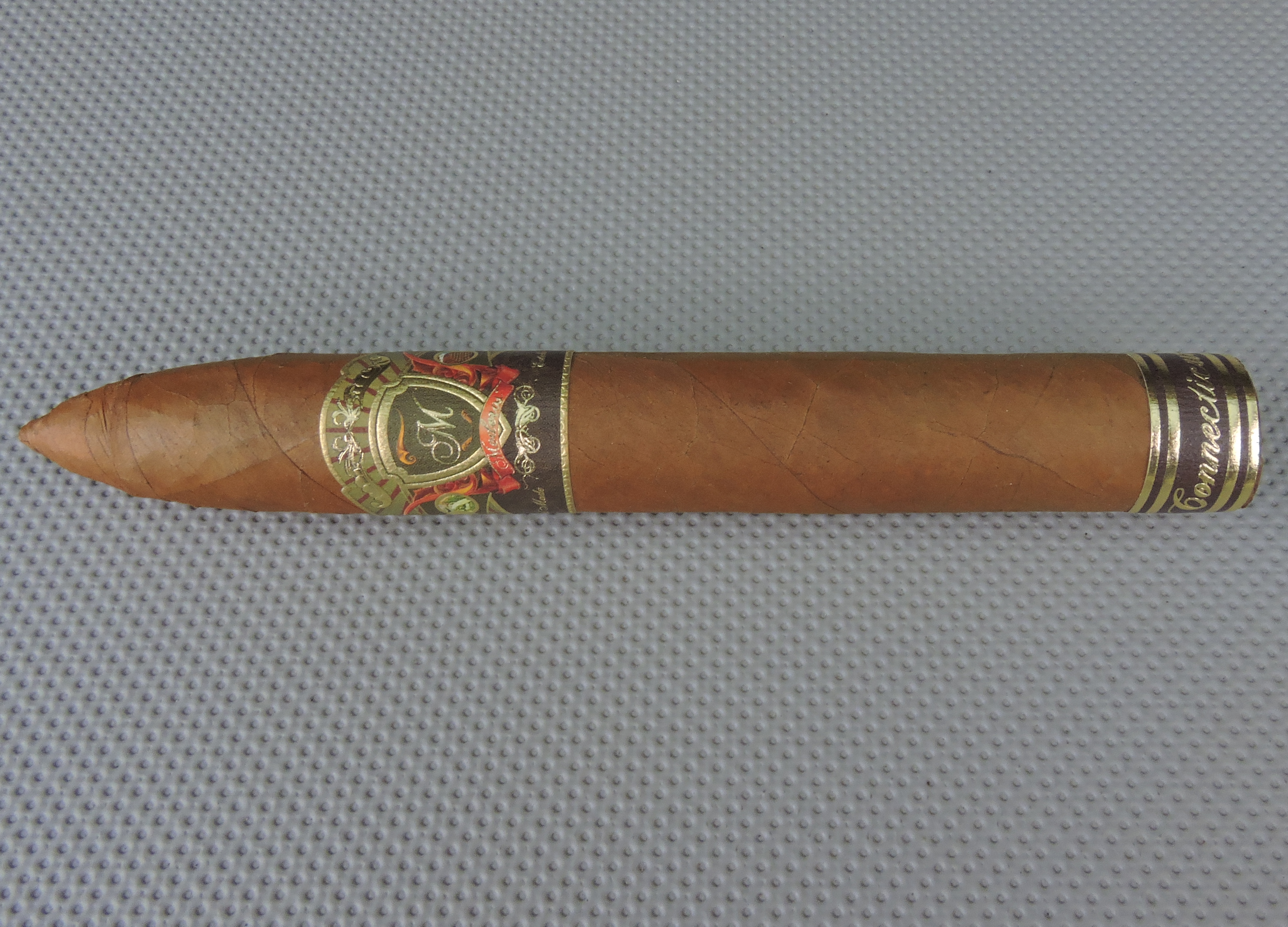 Just prior to the 2015 IPCPR Trade Show, Cubanacan Cigars announced what it termed a national launch of its Mederos line. The Mederos brand pays homage to the Mederos family, the owners of Cubanacan Cigars. This is not a new line to Cubanacan, as it has been around for the past five years. While the line had a limited distribution, Cubanacan decided to give the line a push this past year. There are three blends in the Mederos line – each named for its wrapper: Connecticut, Habano, and Oscuro. Recently, I’ve had an opportunity to smoke the Mederos Connecticut in the Torpedo vitola. Overall, I found this to be an excellent cigar that is milder in profile, yet not short on flavor.

The Mederos family has a rich history in the cigar business. The family tracers its roots back to Cuba and has been involved with making cigars since the early 19th century. Today, as a part of Cubanacan Cigars, the company has its own factory in Esteli, Nicaragua and is also involved in tobacco growing in Nicaragua.

Without further ado, let’s take closer look at the Mederos Connecticut Torpedo and see what this cigar brings to the table.

The wrapper of the Mederos Connecticut features a Connecticut Shade wrapper grown in Ecuador. The remainder of the blend incorporates Nicaraguan tobaccos.

The Mederos Connecticut Torpedo’s Connecticut Shade wrapper has a light brown color with almost a caramel tint to it. There is some oil on the surface. The surface of the wrapper is quite smooth with very thin visible veins and most of the wrapper seams well hidden. The torpedo tip has somewhat somewhat of a pencil-point shape to it.

The secondary band surrounds the footer. The band is brown with  two gold stripes on both the upper and lower portion. On the center of the band is the text “Connecticut” in gold cursive font.

Prior to lighting up the Mederos Connecticut Torpedo, I used a straight cut to remove the tip of the cigar. As what is now becoming standard practice with me for many figurado-shaped cigars, I used my Credo Special T cutter with the 36 ring gauge hole to get an ideal cut for this belicoso. Once the tip was removed, I moved on to the pre-light draw phase. The cold draw provided a mix of cream and generic wood notes. Overall I considered the pre-light draw of the Mederos Connecticut Torpedo to be satisfactory. At this point I removed the foot band, lit up the cigar, and moved on to the smoking phase.

By the last third, I found the cedar notes were in control as the lone primary note. The cream notes were now secondary. I also still detected the citrus sweetness in the background. This is the way the cigar experience came to a close. The resulting nub was firm to the touch and cool in temperature.

I found the Mederos Connecticut Torpedo to be a well-constructed cigar and this was reflected on the burn and draw. The burn took a straight path from start to finish. There was a slight curvature of the burn line along the way, but this didn’t require much in the way of touch-ups.  This was not a cigar that required frequent touch-ups. The resulting ash had a light gray color to it. I also found this to be an ash that was on the firmer side. The combustion to the Mederos Connecticut Torpedo was outstanding – delivering an ideal burn rate and ideal burn temperature. 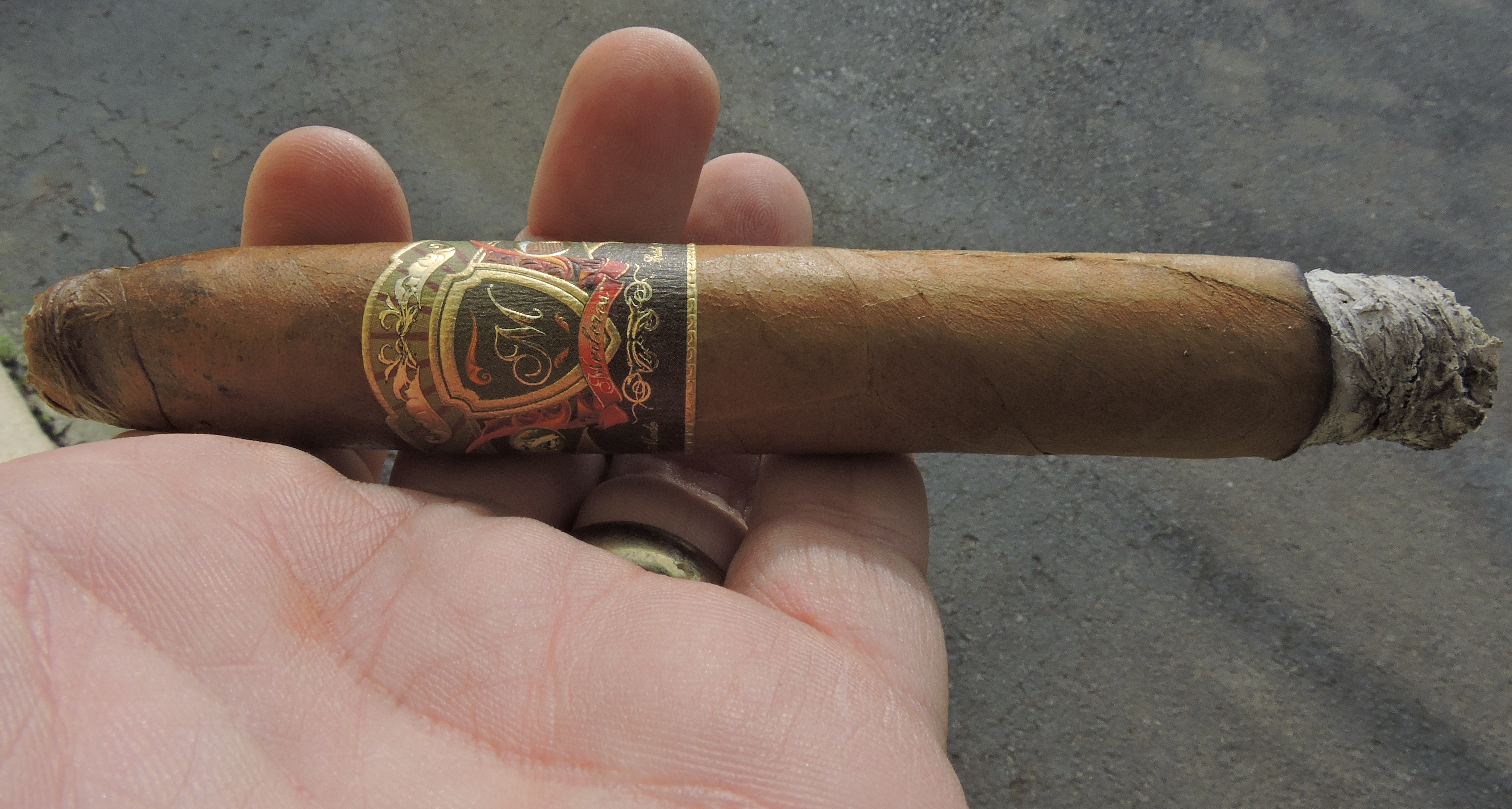 Burn of the Mederos Connecticut Torpedo by Cubanacan Cigars

There was a touch of resistance on the draw of the Mederos Connecticut Torpedo – which is something I like. I found the torpedo tip did not get soft. Overall this led to an ideal draw in my book.