A third blend for the United States is coming from Regius Cigars. In February, the Regius Exclusivo U.S.A. Oscuro Especial which has been referred as the “Blue Label” will debut nationally. The other significance is that the Oscuro Especial will introduce a regular dark oscuro offering into the company’s portfolio. 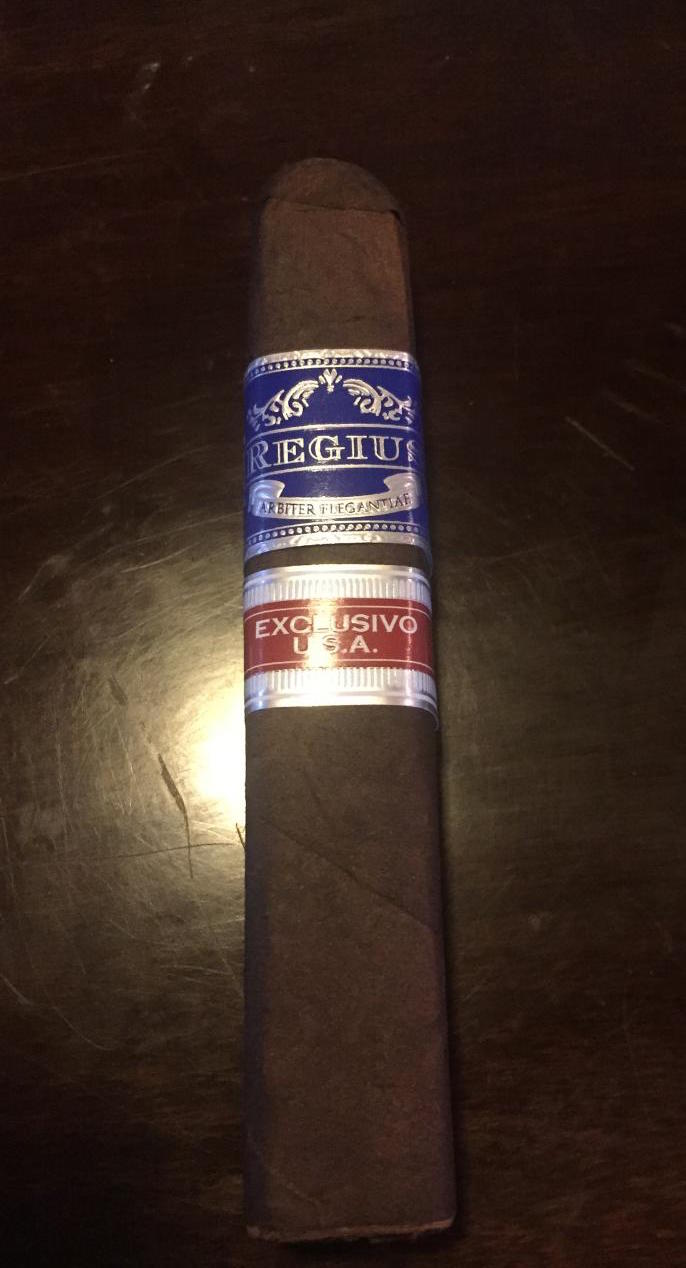 This is the third Exclusivo U.S.A. release for the U.S. market. Back in 2014, the company released the Regius Exclusivo USA – better known as the “Red Label”. Later that year, the company followed up with the Regius Exclusivo USA Claro Especial – better known as the “White Label”.  Regius Cigars owner Akhil Kapacee confirmed to Cigar Coop that the Oscuro Especial will complete the “Red, White, and Blue” trifecta and be the final release of the Exclusivo U.S.A. series.

The Regius Exclusivo U.S.A. Oscuro Especial features a dark San Andres Mexican wrapper over Nicaraguan binder and fillers.  This is not the first San Andres wrapper that Kapacee has worked with. In 2014, Kapacee collaborated with Jim Thomas of That Cigar Place to create the Regius Damaris.  Kapacee informed Cigar Coop that the Oscuro Especial is a completely different cigar than the Damaris.

Kapacee told Cigar Coop he targeted this cigar those cigar enthusiasts that enjoy “strong, old-school Cuban cigars along the lines of Bolivar”  He added there is a “touch more spice (than the Bolivar), but it’s not crazy (spice).”

The boxes will be made by Humidif, a company well-known for making cigar boxes for the Cuban market. The boxes will be blue in color (exactly the same color blue as the band) and will a silver stamping on it.

At a glance, here is a look at the Regius Exclusivo U.S.A. Oscar Especial.