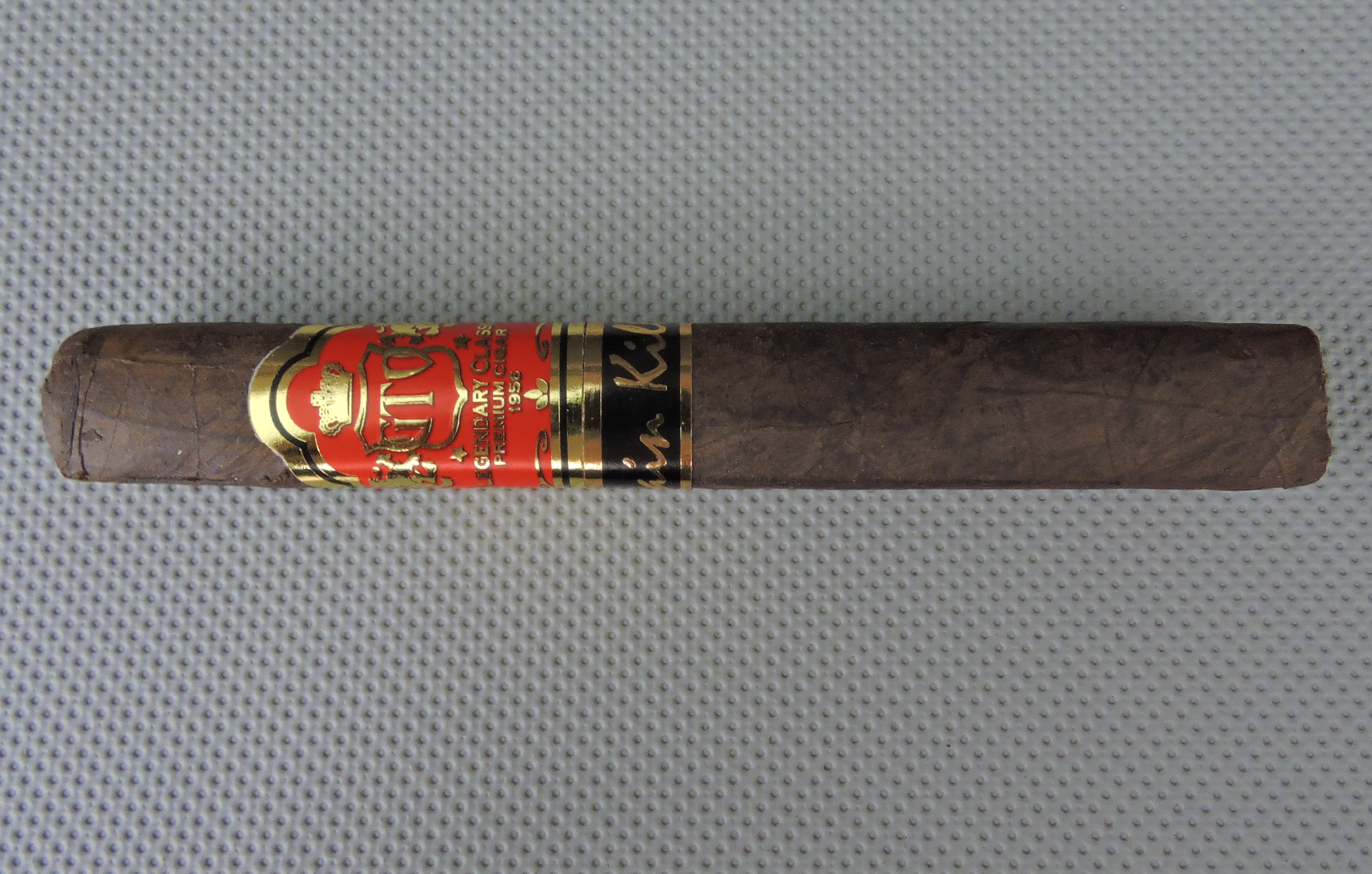 The GTO Pain Killer Box Press is a recent line extension made by GTO Cigars to its Pain Killer line. GTO Cigars is owned by Oscar Rodriguez. Rodriguez is a doctor who is based in the Montgomery, Alabama area. He has roots from the Dominican Republic where his family has been cultivating and growing tobacco for six decades. Today GTO Cigars is a small vertically-integrated operation. In addition to growing and cultivating its own tobacco, the company has its own factory, Tabcalera GTO Dominicana. As for distribution, the company has established its footprint in the Southeast U.S. region. Recently I’ve had an opportunity to smoke the GTO Pain Killer Box Press. Overall I’ve found this to be a very impressive Dominican maduro.

The GTO Pain Killer line is meant to be a tribute to the Dia de los Muertos (Day of the Dead) which is a holiday of remembrance to those who have passed away. It is a popular holiday in Latin American culture including the Dominican Republic. As opposed to being a somber day, it is typically of celebration of one’s life. There are typically events that surround the day like festivals and parades. As a part of these celebrations cigars are often smoked. According to GTO Cigars, the Pain Killer was “as a gesture of honor and respect to the thousands of men and women who devoted their lives to the Dominican Republic’s cigar industry.

Without further ado, let’s break down the GTO Pain Killer Maduro Box Press and see what this cigar brings to the table.

In terms of pressing the cigars, GTO uses a different method than most. The process itself takes four months. The wrapper, binder, and filler are all Dominican and proprietary to GTO. The tobaccos are aged for two years before the cigars are rolled.

There are currently three lines in the GTO Pain Killer line.

Other (rounded) sizes in the line include:

The wrapper of the GTO Pain Killer Maduro Box Press has a dark espresso bean color. Even though this is quite a dark wrapper, upon closer examination there is a slight amount of marbling that can be seen on the surface. The wrapper has light coating of oil. There are some visible veins while the dark color of the wrapper does a good job at hiding the wrapper seams. The box-press was firm with no soft spots.

There are two bands on the GTO Pain Killer Maduro. The primary band is common to what is seen across the various GTO lines. The band has a red background with gold colored font. On the center of the band is the is the text “GTO” surrounded by a shield. Above the shield is a crown. Below the shield is the text “LEGENDARY CLASSIC”.  Below that text is the text “PREMIUM CIGAR” in a smaller font. Below that text is the text “1996” in yet a smaller font. There are various gold adornments on the band. Finally the band is surrounded by a gold and black trim.

The secondary band sits just below the primary band. It is black in color with thick gold-colored trim. The text “Pain Killer” sits on the black background – also in a gold foil-like color in a handwriting style font.

Prior to lighting the Pain Killer Maduro Box Press, I went with my usual choice of a straight cut. Once the cap was removed, I moved on to the pre-light draw. The dry draw delivered a mix of classic maduro flavors – namely earth, coffee, and some black pepper. There was also a slight floral component I picked up. Overall I considered the pre-light draw of the Pain Killer Maduro Box Press to be satisfactory. At this point I was ready to light up this cigar and see what the smoking phase would have in store.

The GTO Pain Killer Maduro Box Press kicked off with a mix of black pepper and earth notes. As the cigar moved through the early stages, the earth notes moved to the forefront and was joined by coffee notes. The black pepper became secondary, but was still prominent on the retro-hale.

Moving through the first third, a slight cream note emerged that provided some smoothness to the flavor profile. The coffee note seemed to have the edge as the dominant note and combined with the creamy undertone, this smoothed out the flavor profile.

During the second third, the coffee and earth continued to be in the forefront. Every so often there were some chocolate notes that I picked up. The pepper still was a close secondary note providing just the right amount of spice. Meanwhile the creamy undertone kept thing smooth.

By the last third, the flavors remained the same, but the pepper closed in more toward the forefront. The cream diminished reducing the smoothness on the flavor profile. This is the way the cigar experience came to a close. The resulting nub was cool in temperature, but slightly soft to the touch.

Overall I found the burn of the GTO Pain Killer Maduro Box Press to perform quite well. The burn path and the actual burn line itself remained straight from start to finish. The resulting ash had a silver gray color. Early on, the ash was more on the flaky side, but as the cigar progressed, this became less of an issue. The combustion to this cigar was excellent as this maintained an ideal burn rate and ideal burn temperature. 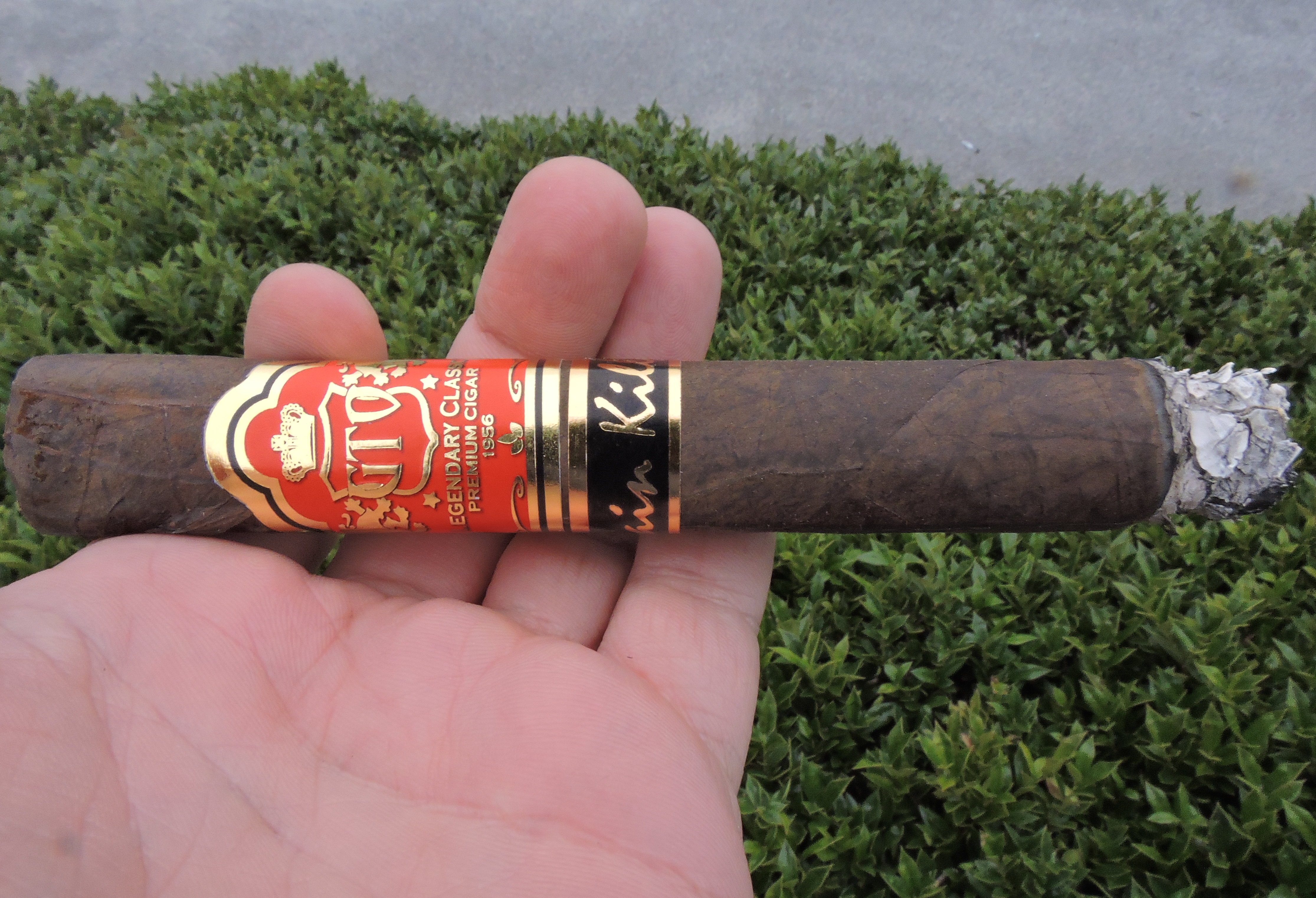 The draw to the GTO Pain Killer Maduro Box Pressed performed quite well. I’d categorize this as an open draw that made it easy to derive flavors from.

In terms of strength and body, the name Pain Killer might be appropriate as this is not going to be overpowering. I assessed this as a cigar that maintained medium strength and medium body from start to finish. Both the strength and body balanced each other nicely with neither attribute overshadowing the other.

Overall I found the GTO Pain Killer Maduro Box Press to be a very enjoyable cigar. This cigar delivers some very nice maduro flavor. I especially liked how this cigar maintained a smoothness for most of the cigar experience. I also found the box-press format worked quite well with this cigar. While this is a cigar that is harder to find outside the Southeast, this is a cigar definitely worth seeking out and giving a try. It’s a cigar I can recommend to either a novice or experienced cigar enthusiast. As for myself, this is a cigar I would smoke again – and this is worthy of a box split.