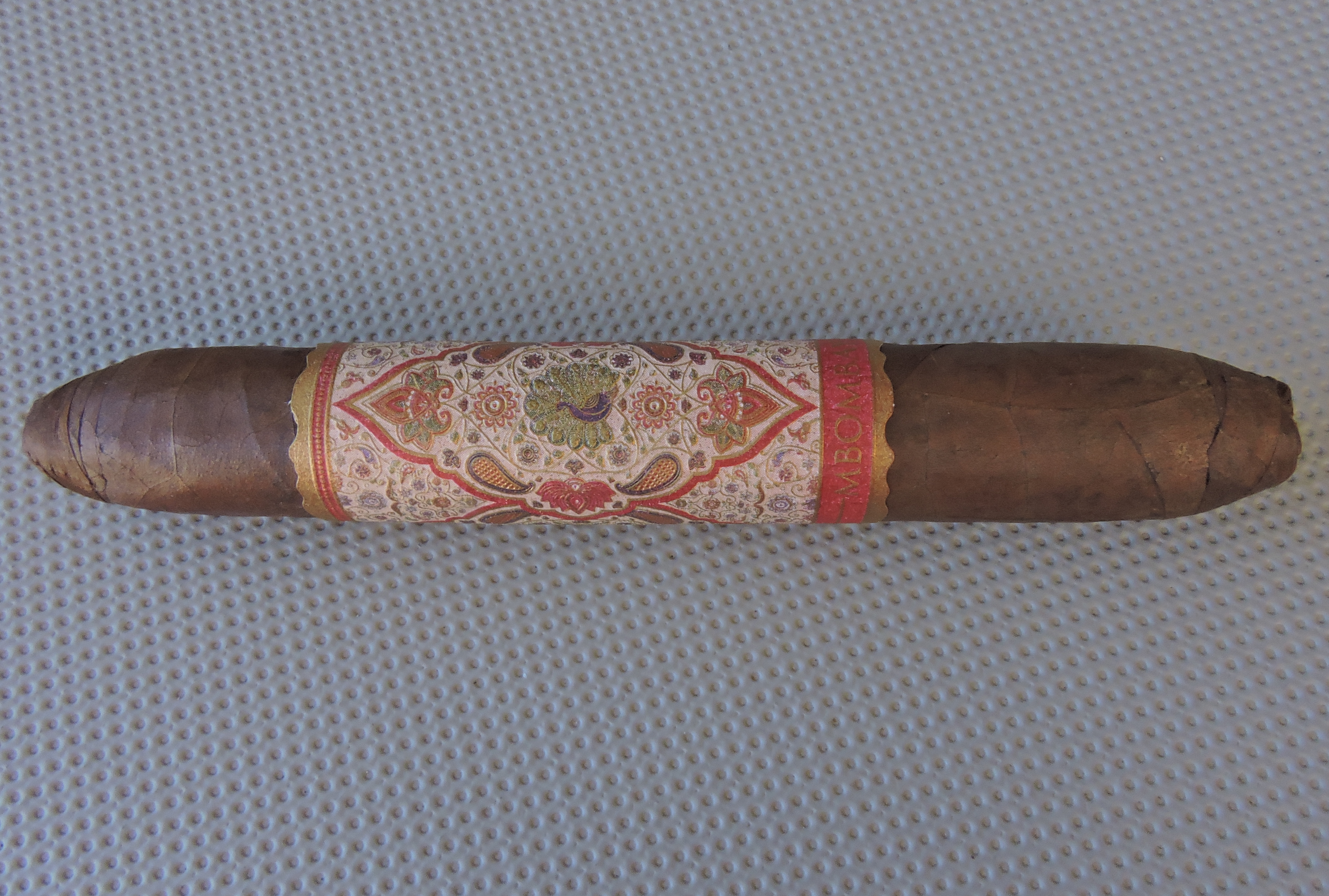 The MBombay Corojo Oscuro is one of five regular production lines in Bombay Tobak’s MBombay line. The cigar was introduced late in 2014 and would essentially replace the MBombay Maduro as one of the company’s regular offerings. Today we take a look at the perfecto offering in the MBombay Corojo Oscuro. One thing that has made MBombay stand out is how unique both the blends and flavor profiles have been. With the MBombay Corojo Oscuro, this cigar is unique from both a corojo and an oscuro standpoint. This uniqueness works in favor of this cigar as it delivers an outstanding cigar experience from start to finish.

Bombay Tobak is owned by Mel Shah. Shah is retailer who owns Fame Wine and Cigars in Palm Springs, California. After retiring from the IT industry in 2001, Shah opened his shop and last year entered the manufacturing side. For his brand, Shah produces his cigars out of Costa Rica.

Without further ado, let’s break down the MBombay Corojo Oscuro and see what this cigar brings to the table.

The MBombay Corojo Oscuro is a little different in that this cigar incorporates tobacco from Ecuador in all three components of the blend. Not only does this feature an Ecuadorian wrapper and binder, but there is also Ecuadorian tobacco as a part of the filler.

Oscuro means “dark” and that is exactly what the Corojo Oscuro wrapper of this perfecto is. It has a rich mahogany colored wrapper. There is a decent amount of oil on the surface of the wrapper. There are some visible veins and visible wrapper seams. The perfecto has a nozzle-shape by the footer and is tapered toward the cap.

Like many of the other MBombay offerings, the Corojo Oscuro has a large band covering the middle section. It has an Indian-mosaic design consisting of a red, rose, and olive color scheme. There is a red stripe toward the lower part of the band with the text “MBOMBAY” in gold font. 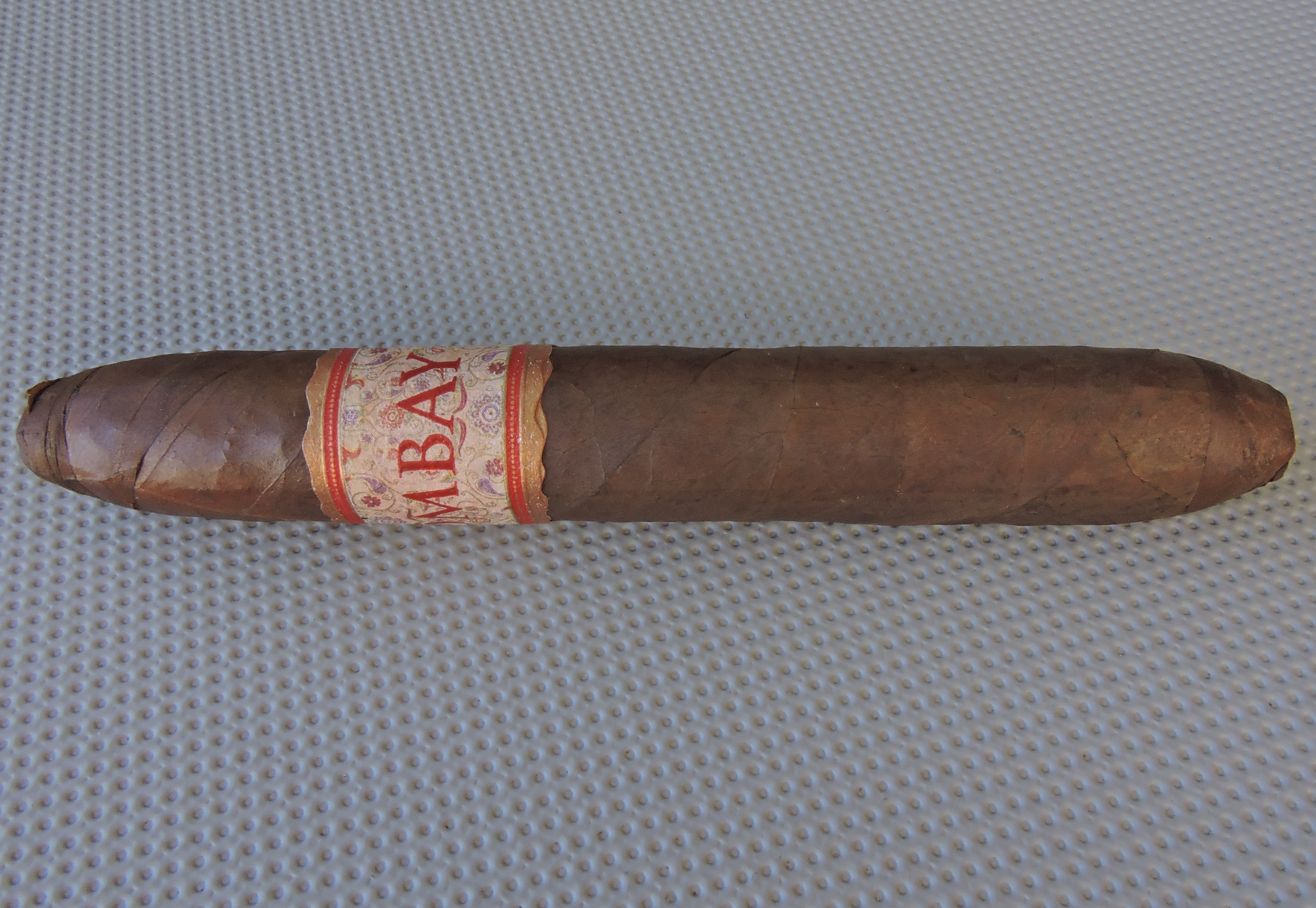 Prior to lighting up the MBombay Corojo Oscuro Perfecto, I opted to remove the outer band of the cigar. I then proceeded to place a straight cut to remove the cap. Once the cap was clipped, I commenced with the pre-light draw. The dry draw delivered a mix of cedar, natural tobacco sweetness as well as hints of cocoa and black cherry. Overall I considered the pre-light draw of the MBombay Corojo Oscuro Perfecto to be excellent. At this point I was ready to light up the cigar and see what the smoking experience would have in store.

The MBombay Corojo Oscuro Perfecto started with a combination of floral and cedar notes. Meanwhile in the background I detected some notes of black pepper and cocoa. While the pepper started out a little more subtle on the tongue, it was more prominent on the retro-hale.

As the Corojo Oscuro Perfecto moved through the first half, the floral / cedar combination remained in the forefront. The pepper notes were still secondary, but a little more prominent on the tongue than during the initial stages. I also detected a slight cherry note in the background. The cocoa notes increased in intensity. By the end of the first third, the cocoa notes joined the floral / cedar combination in the forefront.

During the early stages of the second third, the cocoa remained with the floral / cedar combination in the forefront. Once the Corojo Oscuro Perfecto moved into the second half, the cocoa receded into the background – re-joining the pepper notes. Meanwhile there still was a touch of cherry, but it was much more distant.

By the last third, I found the floral component dissipated and the primary notes became a combination of cedar and generic wood notes. The pepper was the next most prominent note. I also still found a touch of cocoa from time to time and the cherry notes had dissipated. This is the way the cigar experience of the Corojo Oscuro Perfecto came to a close. The resulting nub was cool in temperature, but slightly soft to the touch.

For a perfecto, I found the MBombay Corojo Oscuro to score quite well. The burn path and but line remained straight from start to finish. Normally I find perfectos do need more tlc when it comes to maintaining a burn. With the Corojo Oscuro Perfecto, I found this to need less touch-ups compared to many other perfectos. The resulting ash had a charcoal gray color. This wasn’t the tighest ash, but it wasn’t a loose one either. As for the combustion, the Corojo Oscuro Perfecto maintained an ideal burn rate and ideal burn temperature from start to finish. 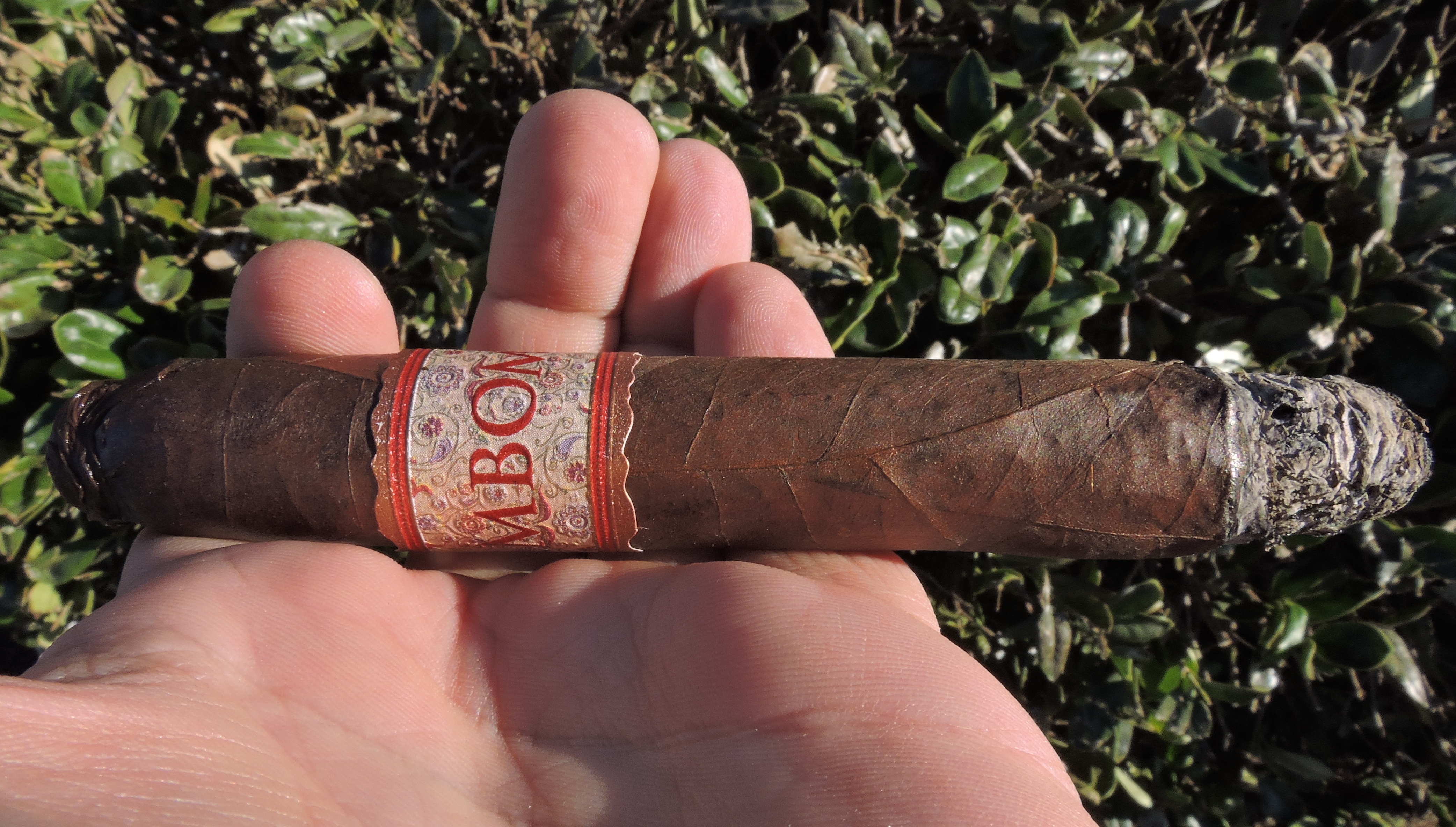 The draw scored well too. The draw as not too loose, nor too tight. I was also quite impressed how the tip did not get soft was I puffed on this perfecto.

When comparing the Corojo Oscuro Perfecto to some of the other offerings in the MBombay portfolio, I found this to be one of the more bolder smokes. From a strength perspective, I found the Corojo Oscuro Perfecto to be on the upper end of medium to full from start to finish. As for the flavors, when factoring in the retro-hale, there was a nice amount of weight on the palate. I assessed this to be a full-bodied smoke from start to finish. When comparing strength versus body, I found the body had the edge throughout the smoking experience.

The MBombay Corojo Oscuro Perfecto is a cigar that fired on all cylinders. It had excellent flavor, plenty of complexity, and high-quality construction. I found the perfecto format represented the Corojo Oscuro blend quite well. The signature of this cigar is going to be the unique combination of the primary notes of floral, cedar, and cocoa. This is a combination that worked very well.  I also found the profile of this being a medium to full strength, full-bodied smoke to work quite well. Since this is a bolder smoke, it’s probably one I’d steer to a more seasoned cigar enthusiast. As for myself, this cigar was a winner. It’s one I would smoke again -and it’s certainly worthy of a box purchase.