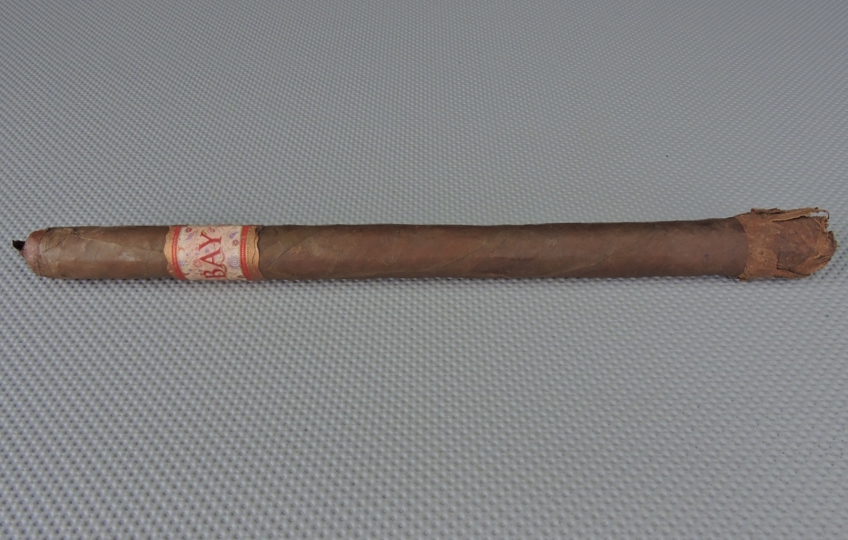 The MBombay Mora is one of five regular production lines currently offered by Bombay Tobak. The line was first introduced in three sizes back in 2014. Last year, the company expanded its offerings to eight. The Mora was a line that definitely caught our attention at Cigar Coop and Stogie Geeks. The Mora No. 4 (a Corona offering) landed as our Cigar Coop #24 Cigar of the Year for 2015. Today we take a look at another size, the MBombay Mora Lancero. As we will see, this is not your ordinary lancero, but still is one that lives up to the quality and consistency this line has offered. In other words, it’s another winner for MBombay.

There are two things that set the MBombay Mora Lancero apart from other lanceros on the market. For starters, this is a longer lancero. At 8 1/2 x 38, this is an inch longer than many of the lanceros not he market. Secondly, it features an unfinished, rough-cut footer without the wrapper.

Without further ado, let’s break down the MBombay Mora Lancero and see what this cigar brings to the table.

The MBombay Mora is highlighted by its Dominican Corojo wrapper. In addition, there is a Peruvian binder which is considered a staple in the MBombay portfolio. As with all current MBombay offerings, he cigars are produced in Costa Rica at the Tabacos de Costa Rica factory.

As mentioned the MBombay Mora is available in eight sizes. The cigar was originally introduced in three sizes – Robusto Largo, Toro, and Lancero. These sizes are packaged in traditional cedar boxes. Last year, five additional size were added featuring can packaging.

The MBombay Mora Lancero comes packaged in a traditional cedar box. There are fifteen lanceros per box.

The Dominican Corojo wrapper of the MBombay Mora Lancero has a rich dark medium brown with a strong rosado tint. The wrapper itself is somewhat oily, but not the oiliest Mora in the line I have seen. While there are some thin visible veins and thin visible wrapper seams, this is still relatively smooth for a lancero. The Mora Lancero is finished with a small pig-tail on the cap and also has a 3/4 rough cut on the footer

As opposed to pulling the pig-tail cap off the MBombay Mora Lancero, I went with a straight cut to remove the cap. Once the cap was removed, I proceeded with the pre-light draw. The cold draw delivered natural tobacco notes along with subtle notes of chocolate and cedar. Overall I considered this to be an outstanding pre-light draw. At this point I was ready to light up the MBombay Mora Lancero and see what the smoking phase would have in store.

The MBombay Mora Lancero started out with a combination of cedar, black pepper, natural tobacco, and chocolate notes. I found the cedar notes had a slight edge early on. As the Lancero burned through the unfinished footer, notes of lemongrass surfaced. Meanwhile the retro-hale produced notes of black pepper.

When the MBombay Lancero reached the wrapper portion, the chocolate and lemongrass notes moved into the forefront. The cedar, pepper and natural tobacco notes were secondary. I also found the retro-hale now was more of a combination of black pepper and cedar.

During the first third, I found the chocolate and lemongrass alternated in intensity as to which was the primary note. The cedar notes started to increase and by the second third, it occasionally would creep into the forefront from time to time. Meanwhile the natural tobacco and pepper notes remained in the background.

By the last third of the of MBombay Mora Lancero, the chocolate notes remained primary. The cedar and natural tobacco were close secondary notes. The lemongrass notes receded into the background, but were less prominent than in the first two thirds. This is the way the cigar experience came to a close. The resulting nub was cool in temperature, and slightly soft to the touch. 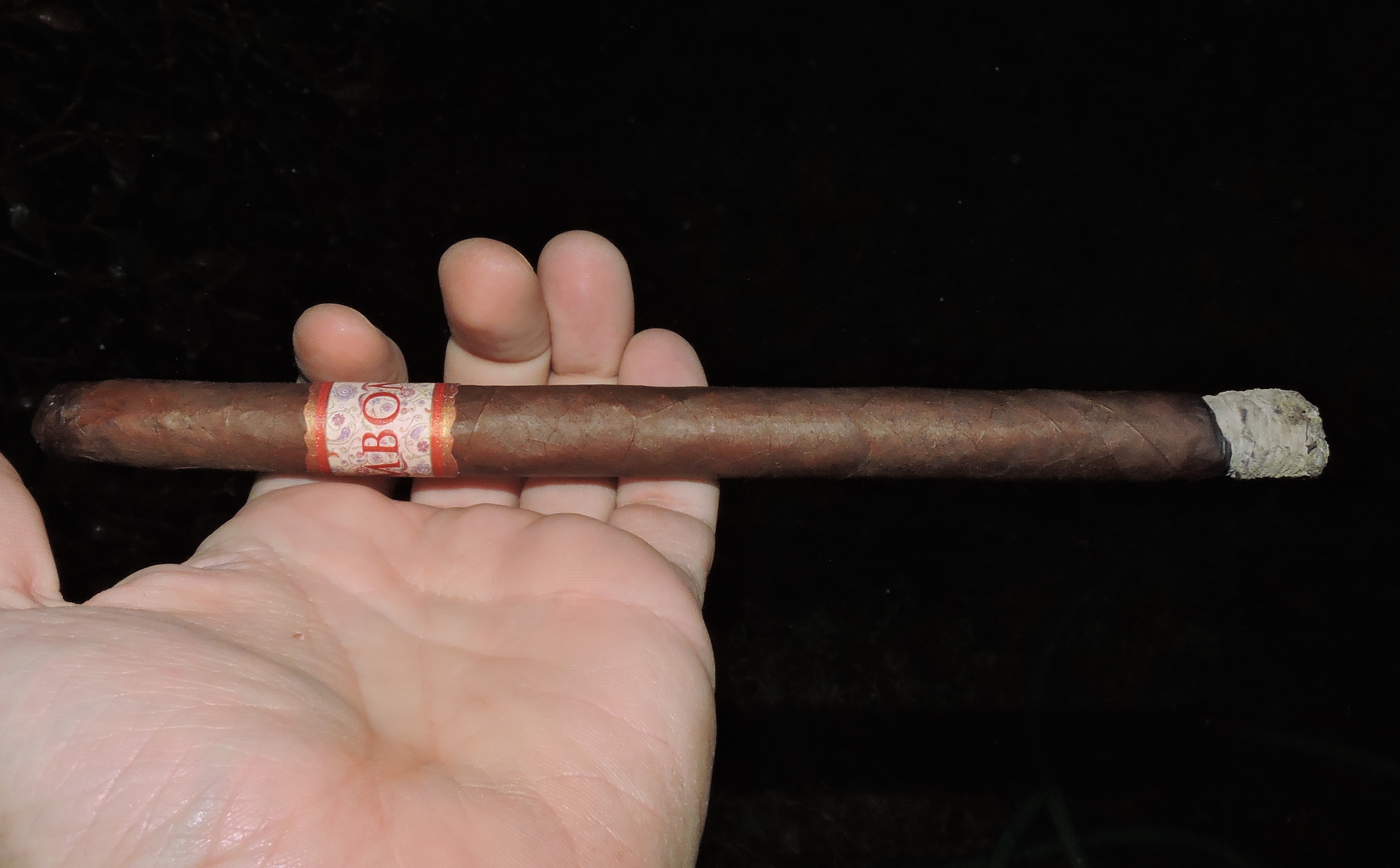 Burn of the MBombay Mora Lancero

As the MBombay Mora Lancero moved through the wrapper portion, the burn line got sharper and remained on a straight burn path. The ash remained firm as well. The ash itself had a charcoal gray color. Meanwhile the burn rate and burn temperature were both ideal.

There was a slight amount of resistance to the draw – which is something I like. Considering this is an elongated cigar, I was also impressed that there was no issue deriving flavor from this cigar.

From a strength perspective, I pretty much found the MBombay Mora Lancero to be medium. I didn’t find much variance in strength during this cigar experience. Meanwhile I found the flavors of the Mora Lancero started out medium to full-bodied. While the strength and body increased along the way, it still remained in the medium to full range for the duration of the smoking experience.

In terms of strength versus body, I found the body to have the edge throughout the smoking experience of the MBombay Mora Lancero.

* MBombay Cigars is a sponsor of Stogie Geeks and Cigar Coop