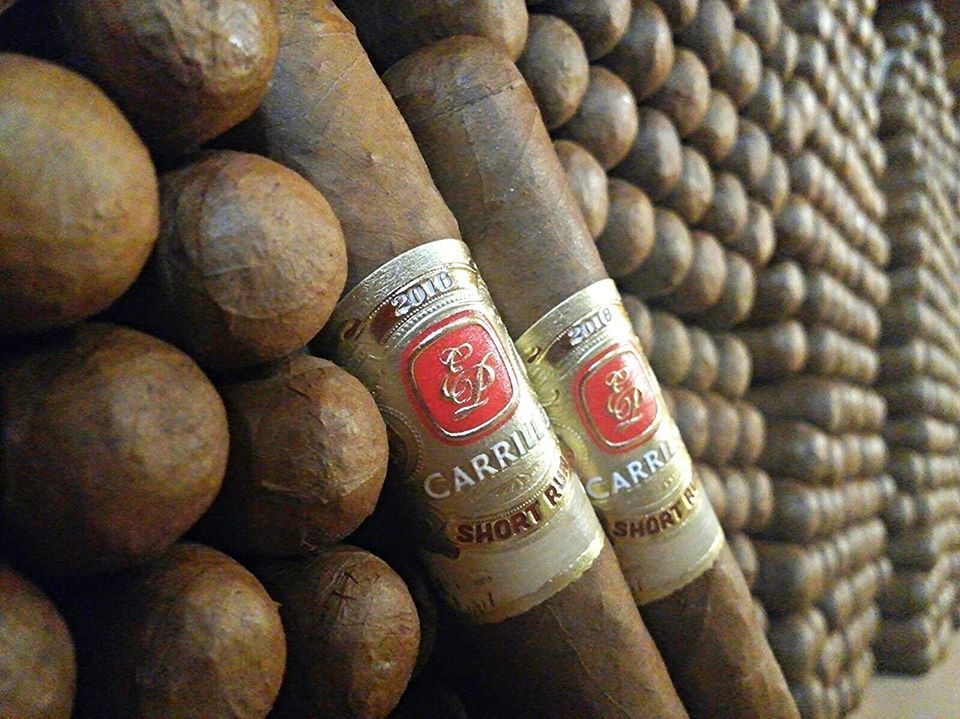 The new bands have a new gold band with a modification of the E.P. Carrillo logo. According to Cigar Insider, the Short Run 2016 is the first to sport a new design and that more re-designed packaging will follow.

As for the blend, the Short Run 2016 contains an Ecuadorian Habano wrapper and Nicaraguan binder and filler. The Short Run 2016 is the first Short Run since the Short Run 2011 to use an Ecuadorian Habano wrapper. Meanwhile the filler contains Criollo 98 tobacco from a region called Somoto, located north of Esteli. Somoto tobacco is not often used in tobacco blends, but if it sounds familiar, it is because the original Elogio LSV cigar used a wrapper from that region.  Brand owner Ernesto Perez-Carrillo Jr told Cigar Insider that while previous Short Runs were offshoots of some regular production lines, this one has its own distinct blend.

While the previous six editions of the Short Run have been released in three vitolas, this year is different as it will come in a single size – a 6 x 52 Toro. Production is limited to 2,500 ten count boxes. Pricing is set at $12.00 per cigar.

The past few weeks have seen several new announcements. The company is adding an 8 x 58 line extension to the E.P. Carrillo INCH Maduro line. In addition, the company will be making the 95th Anniversary cigar for Federal Cigar.