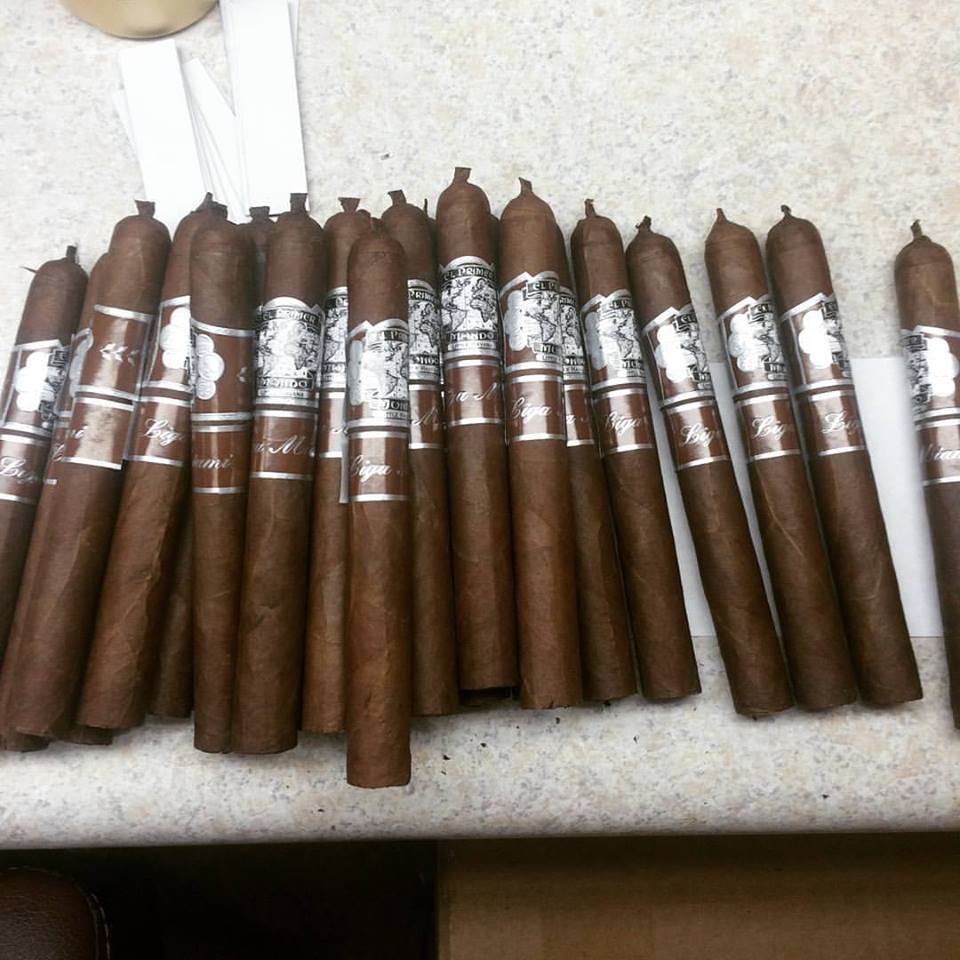 A new size of El Primer Mundo’s Liga Miami line will be coming out of El Titan de Bronze. This one will adds a 6 1/4 x 46 Corona Gorda to the line called Gloria. The new Liga Miami Gloria has been made available via a pre-sale at Rodrigo Cigars.

It was almost on year ago when El Primer Mundo owner Sean Williams brought back the Liga Miami line. The idea is he would do some small batch orders of the blend, including some custom order sizes. Last year, the Liga Miami Torpedo was added and first made available to R&R Cigars in Tuscaloosa, Alabama. The line is still produced out of El Titan de Bronze.

The blend consists of a Habana Ecuador wrapper, a double binder from Esteli Nicaragua, and a filler consisting of Esteli, Jalapa, and Dominican Negrito. The 6 1/4 x 46 Gloria joins the a 6 1/2 x 52 torpedo, 5 x 52 robusto, and 6 x 52 toro as limited offerings in the line.