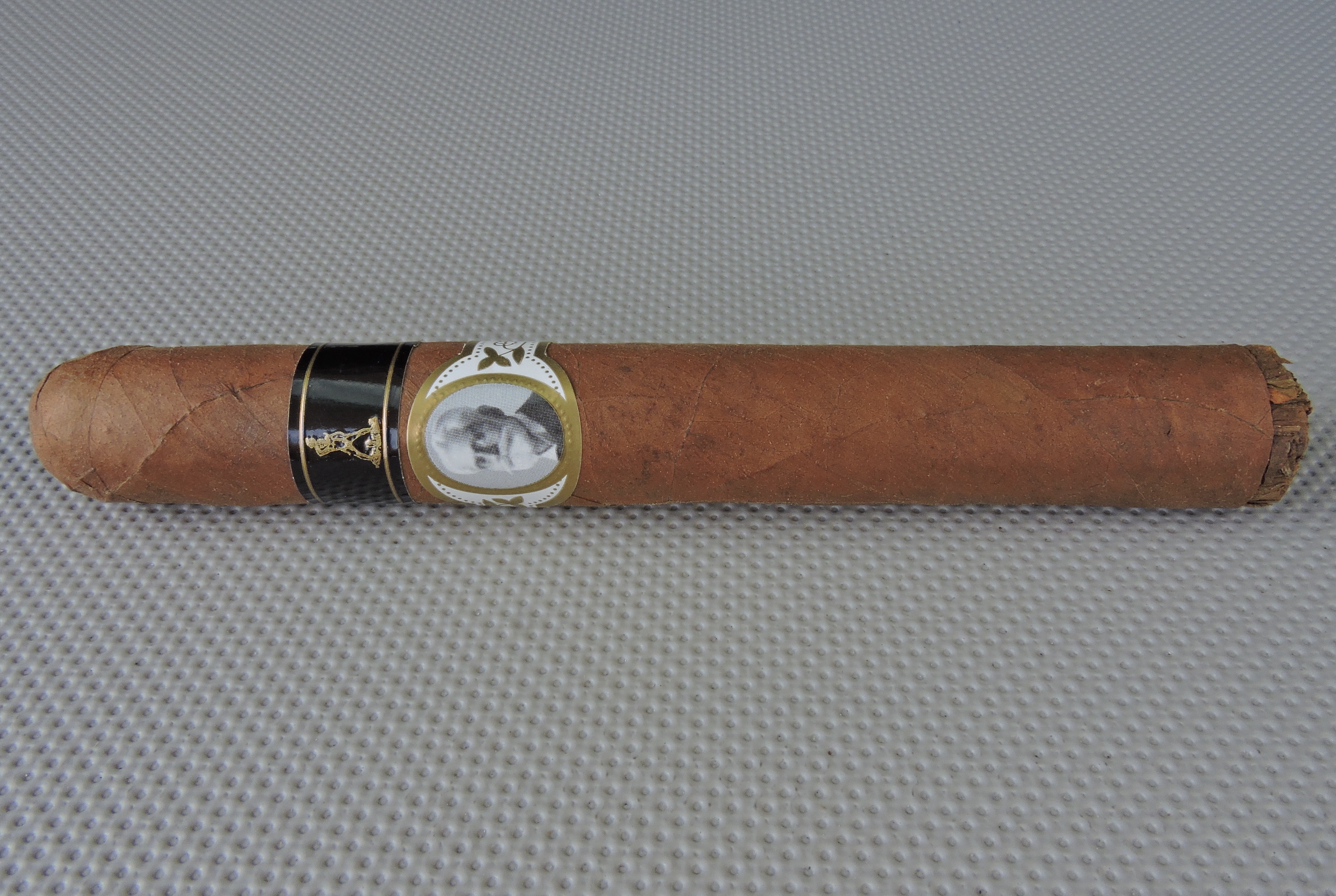 The Bespoke Basilica A is a cigar made by a company called Bespoke Cigars. Bespoke Cigars is a company based in Estonia founded by a Jeremy Casdagli. For the most part, Bespoke Cigars is a brand that has established a foothold in Eastern Europe, Scandinavia, Russia, and Saudi Arabia. About a year ago, Bespoke Cigars entered the U.S. market and is now distributed by Biggs Mansion in Chicago. Bespoke has several cigar lines, one of which is the Basilica line. Recently I’ve had an opportunity to smoke one of the cigars under that line – the Bespoke Basilica A. Overall this could be one of the best kept secrets in the U.S. market as this is one outstanding cigar.

The Basilica line originally came about when Bespoke Cigars was working on a project specifically for the Middle Eastern Market. The name Basilica refers to a large cannon built in the 13th Century for the Ottomans to be used during the siege of the city of Constantinople. As for the line, there are two cigars – the Basilica C and Basilica A. They are two distinct blends and each is available in a single size. Both cigars are made at the KBF (Kelner Boutique Factory) in the Dominican Republic owned by Hendrik Kelner Jr, the son of legendary Davidoff Master Blender Hendrik Kelner. The Basilica C is designed to be a milder cigar offering while the Basilica A is a fuller offering.

Without further ado, let’s take a closer look at the Bespoke Basilica A and see what this cigar brings to the table.

The blend to the Bespoke Basilica A features a Dominican wrapper from the Cotui region of the Dominican Republic. The Dominican Bonao leaf used on the binder is from Fuente Opus X fame. The filler consists of tobaccos from four countries.

The blend for the Bespoke Basilica A is available in one size – a 6 x 52 Canonazo (Toro). The cigars are packaged in both 10 and 20 count boxes. 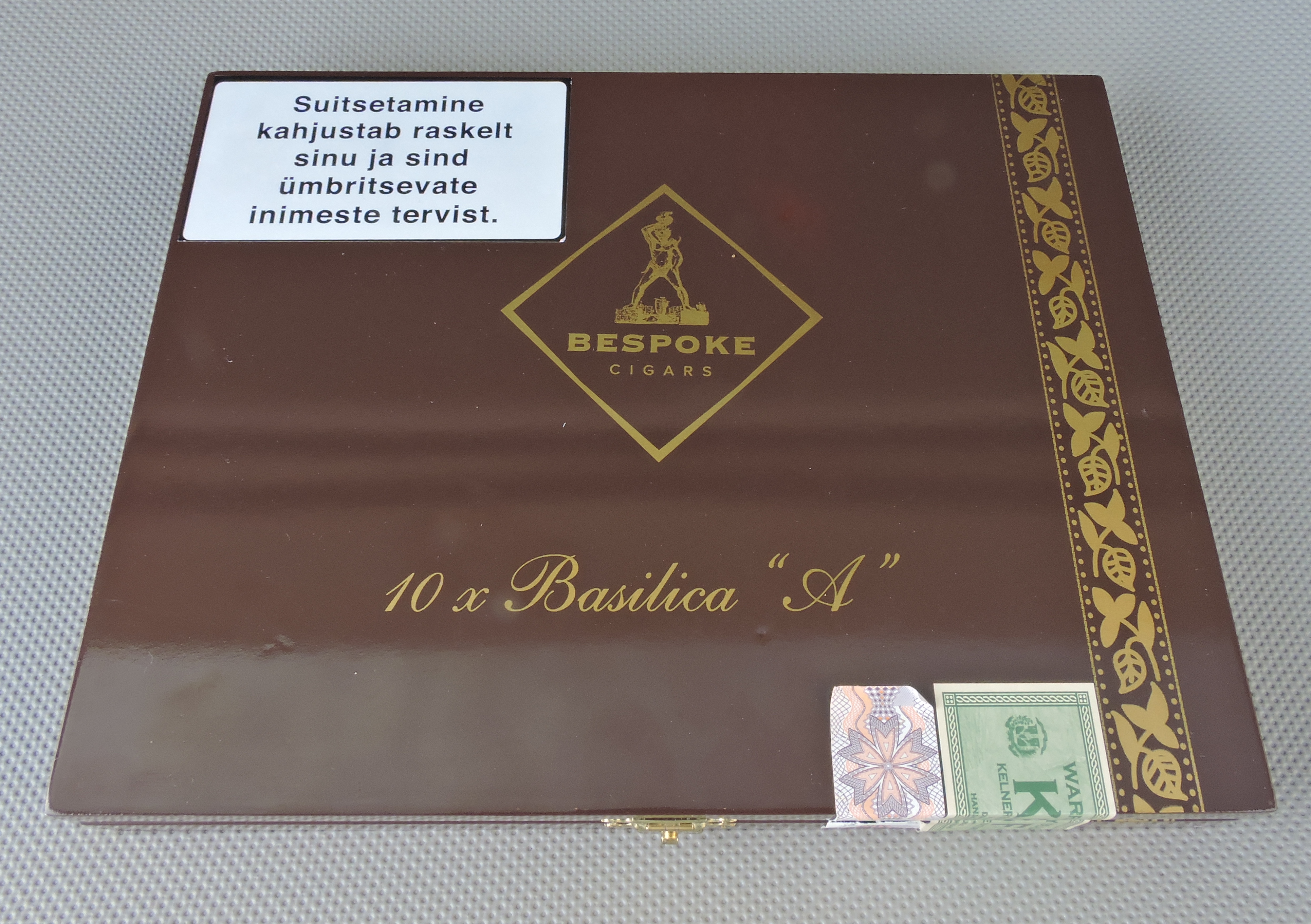 Packaging of the Bespoke Basilica A (10 Count Box)

The Dominican Cotui wrapper of the Bespoke Basilica A has a medium brown color to it with a slight colorado tint. Upon closer examination there is some darker marbling that can be seen on the surface. The wrapper itself had a light coating of oil on it. Overall, this was somewhat of a bumpy wrapper. While there were some visible veins, the wrapper seams were well hidden. The footer of the cigar has about 1/5 of an inch of exposed binder / footer.

There are two bands on the Bespoke Basilica A. The primary is black in color with a gold stripe near the top and bottom. The center of the band has a gold Colossus of Rhodes image. The Colossus of Rhodes was a symbol adopted by Casdagil’s family back in the 1800s. It was used as a trading symbol by the family, who was based in Cairo and traded Egyptian cotton.

Later in the second third, some hazelnut notes surfaced in the forefront. These hazelnut notes quickly joined the natural tobacco in the forefront and pushed the vanilla notes into the background. I found the cedar notes got slightly more prominent. While the pepper was still a distant secondary note on the tongue, I found it was much more prominent on the retro-hale. This is the way the cigar experience came to a close. The resulting nub was cool in temperature and firm to the touch.

While the Bespoke Basilica A maintained a straight burn path, this was a cigar that required frequent touch-ups to keep it on that path. The touch-ups did the trick, but there were more touch-ups than I preferred. This also was a wrapper that blistered easily, so the touch-ups did require some tlc when applying them. Meanwhile the resulting ash was a salt and pepper color. The resulting ash was not overly firm, but it was not loose either. I did find some light flaking on the cigar from time to time. As for the burn rate and burn temperature – both were ideal. 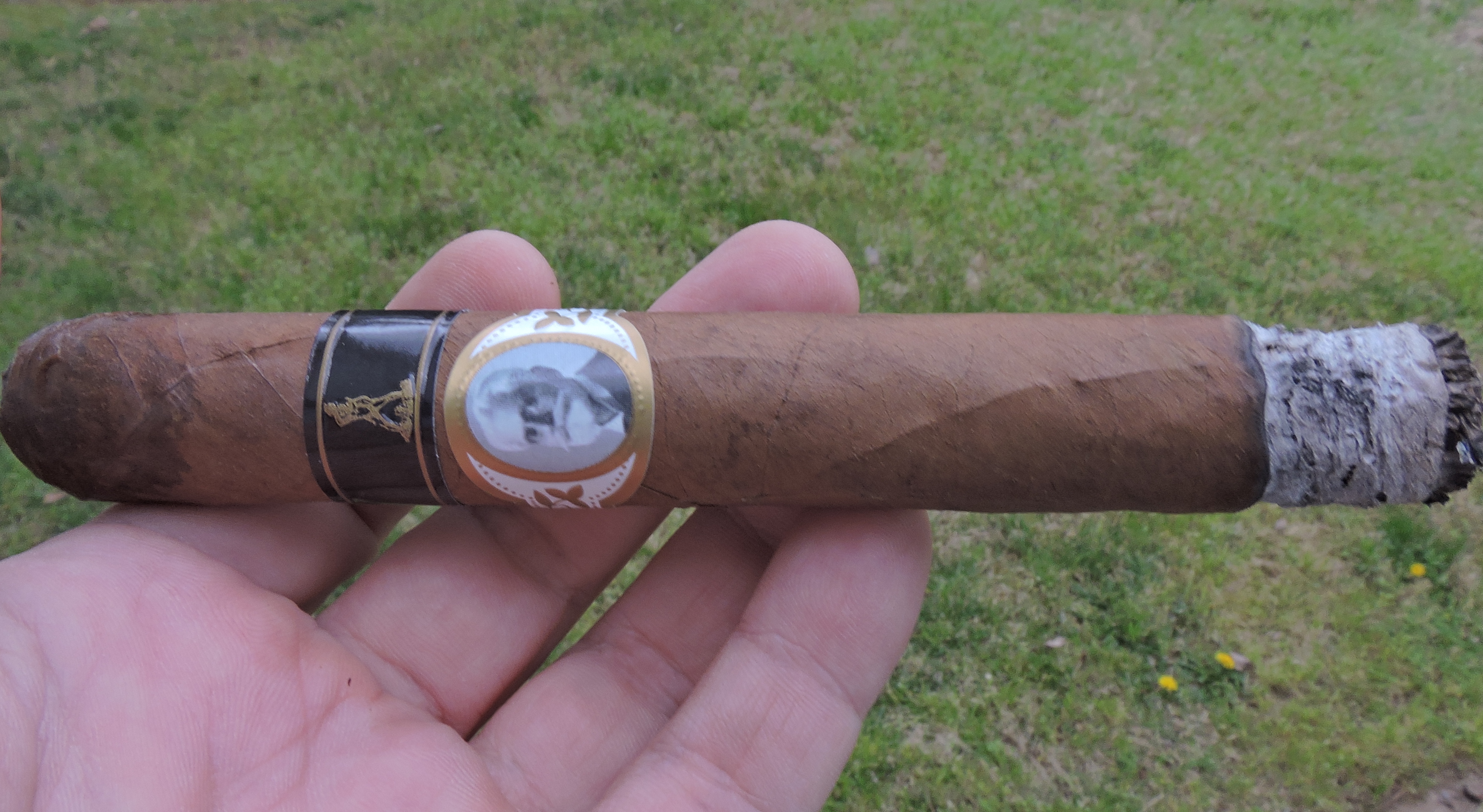 Burn of the Bespoke Basilica A

As for the draw of the Basilica A, it performed quite well. It wasn’t a draw that was too loose, nor was it to tight. The cigar did produce an ample amount of smoke along the way.

This was definitely a bolder cigar than I would expect from one marketed in the European market, but at the same time, this was not an overpowering cigar.

Overall I found the Bespoke Basilica A to be an outstanding cigar. In fact, it probably ranks as one of the best cigars I have had from KBF. It delivered plenty of flavor and had a nice amount of complexity. I found the flavor combinations produced by this cigar were also quite different than anything I’ve had on the market. The only negative was that this cigar did require frequent touch-ups along the way. However, the Bespoke Basilica A is a case where the positives far outweighed the negative. This is a cigar I would recommend to an experienced cigar enthusiast, but it is also one I wouldn’t discourage from a novice from trying. As for myself, this is a cigar I would smoke again – and given this is available in 10 count boxes, I would say this is a box worthy cigar.