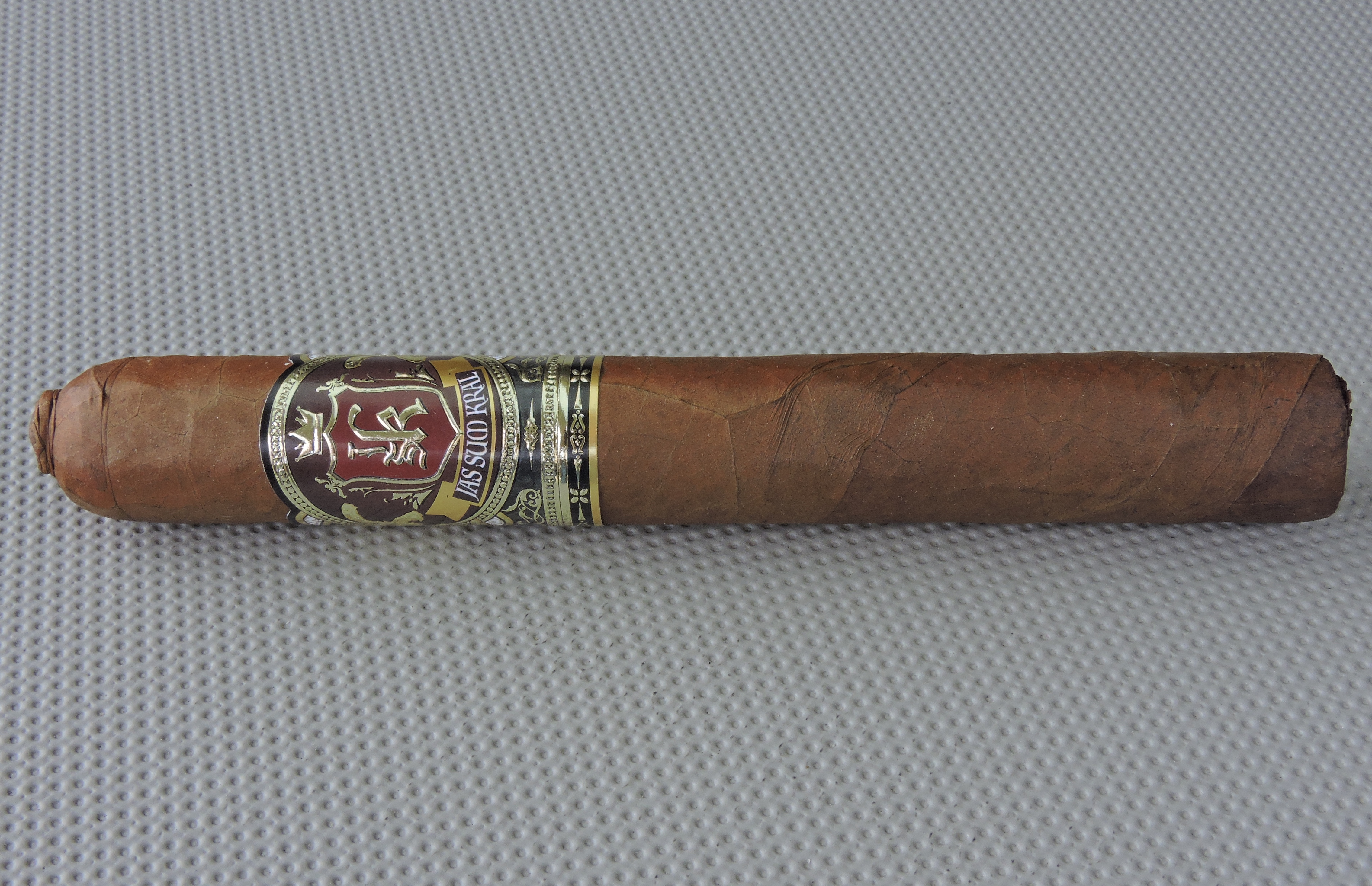 Jas Sum Kral Cigars is a new cigar company owned by Riste Riatevski . Riatevski  decided to create his own cigar after being disappointed with many cigars on the market. His goal was to create a cigar that maintained Cuban tradition, but add his own twist on things. In order to accomplish this, he realized he was going to have to find someone who would allow him a part of the actual blending process. He would eventually hook up with Noel Rojas, known not only for his work at Guayacan Cigars, but as the owner of boutique factory who has produced cigars for companies such as Nomad, Ezra Zion, and United Cigar. This collaboration would result in the company’s first cigar – the Jas Sum Kral Red Knight. Today we explore this cigar in some more detail. Judging from this cigar’s first release, this is a brand to definitely keep an eye on.

As for the name Jas Sum Kral, that comes from Riatevski ‘s Macedonian roots. The name translates to English “I am King”. Currently there is one cigar in the portfolio, the Red Knight. It is currently offered in a single size, a Toro. This cigar is produced at the NOA (New Order of the Ages factory that has recently been opened by Rojas and his partner Brandon Hayes.

As mentioned the Jas Sum Kral Red Knight is currently offered in one size – a toro measuring 6 x 52.

The Jas Sum Kral Red Knight Toro’s Ecuadorian Habano wrapper has a medium brown color to it. Upon closer examination there is a slight darker marbling effect that can be seen on the surface. There is a light coating of oil on the wrapper. Most of the wrapper seams and visible veins were on the thin side. The cap has a spiral pig-tail affixed to it while the footer of the cigar is covered.

The band is highlighted by a maroon, gold, black, and white color scheme. At the center of the band is a maroon shield with the initials “JSk” in a classic style gold font (the J and S are stacked on top of each other with a larger k to the right). Above the shield is a gold crown. Below the shield is a gold ribbon with a maroon colored strip on it. That strip contains the text “JAS SUM KRAL” in white font. Two gold lions surround the shield to the left and right. The remainder of the band contains mostly gold and black adornments.

As I normally do with pig-tail capped cigars, instead of pulling off the tail, I opted to use a straight cut. This removed the cap with the pig-tail attached. Once the cap was removed, I moved on to the pre-light draw. The dry draw delivered a mix of natural tobacco, fruit, and wood. The notes were slightly muted and I’ll infer the covered footer had something to do with that. Still I considered the pre-light draw of the Jas Sum Kral Red Knight to be satisfactory. At this point I was ready to light up my cigar and see what the smoking phase would have in store.

Toward the middle of the first third, a natural tobacco flavor surfaced and joined the mixed fruit notes in the forefront. The wood notes receded into the background joining the black pepper notes. I also detected a slight baker’s spice in the background.

During the last third, the spices increased and closed in on the woody notes in the forefront. I found there was still enough sweetness from the fruit notes in the background to balance the spice notes nicely. This is the way the cigar experience came to a close. The resulting nub was firm to the touch and col in temperature.

I found the Jas Sum Kral Red Knight to have a low maintenance burn. The cigar maintained a straight burn path from start to finish. The burn line itself was relatively straight – only requiring some occasional touch-ups along the way. I also found the resulting ash to not be overly tight, but it was not a loose, flaky ash. The ash had a salt and pepper color skewed toward the darker side. As for the combustion, both the burn rate and burn temperature were ideal. 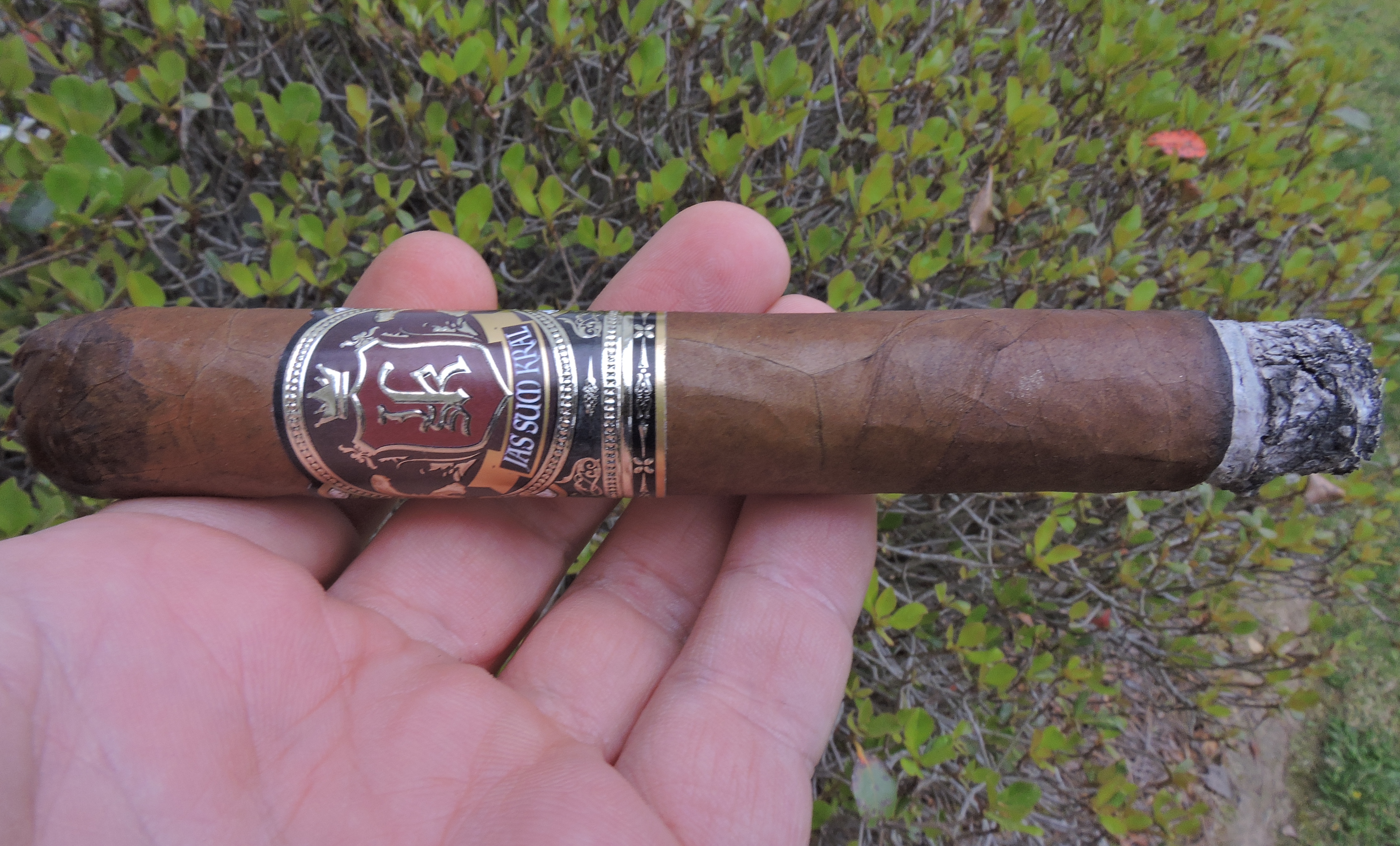 Meanwhile the Jas Sum Kral Red Knight performed very well when it came to its draw. Like the burn it low maintenance. This was a draw that was not too tight nor too loose.

One thing that impressed me about the Jas Sum Kral Red Knight was how well the strength and body balanced each other. The cigar started out as a medium strength, medium-bodied cigar. There was a gradual increase in intensity of both of these attributes. By the second half, I found both the strength and body progressed into medium to full territory. The intensity continued to build up in the second half, but the cigar remained in the medium to full range.

For a new brand, the Jas Sum Kral Red Knight is a very good release. While there is some risk going with a single blend and single vitola, I liked that Jas Sum Kral did this. In particular, they picked a very popular size for the U.S. market (a Toro) and crafted a blend to fit the size. Overall I found the blend and the size to align up very nicely. This is a cigar I would recommend to an experienced cigar enthusiast. It also is a nice cigar for a novice looking to “graduate” to something on the medium / medium plus side. As for myself, this is a cigar I would reach for again. It is one certainly worthy of a box split.