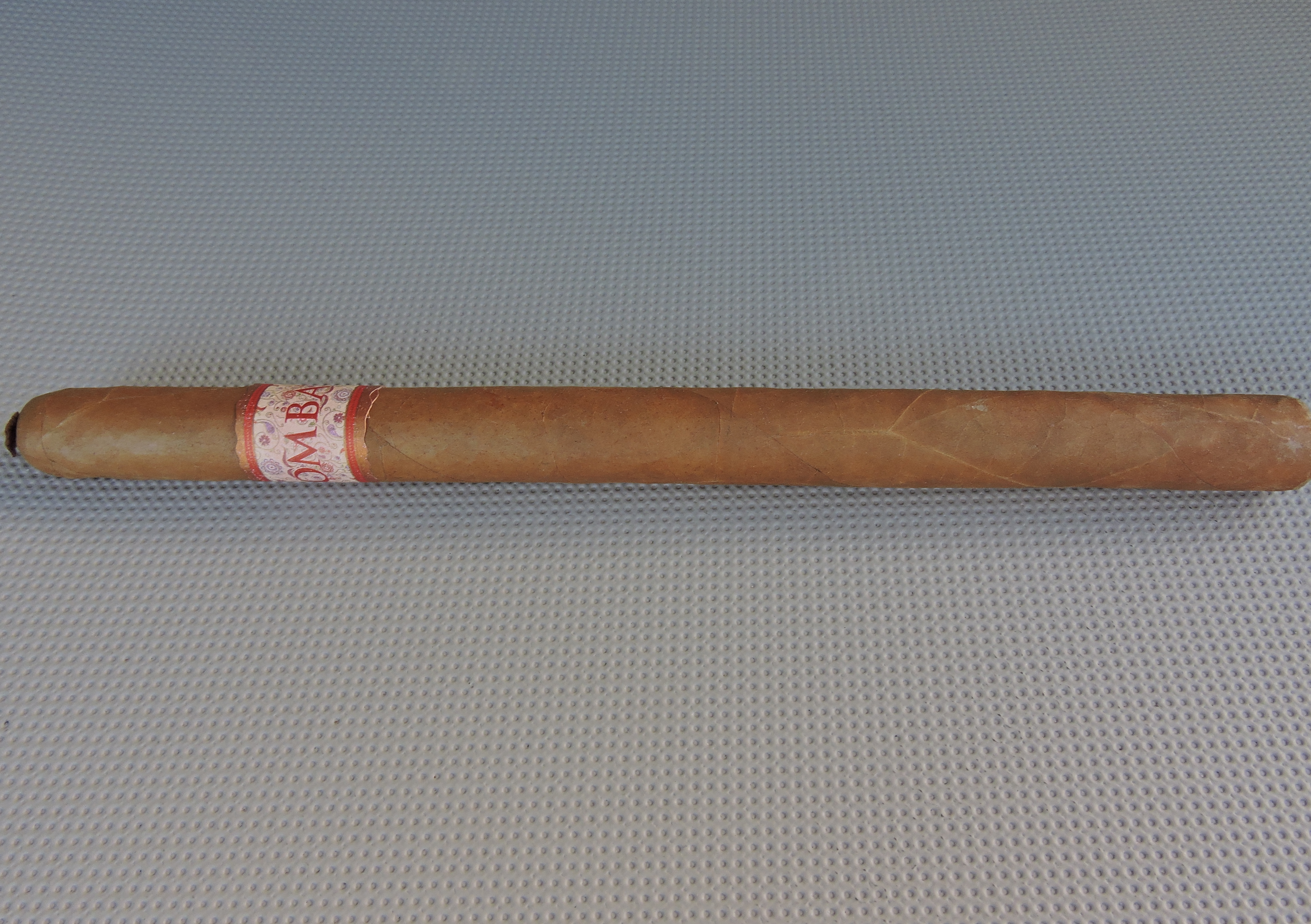 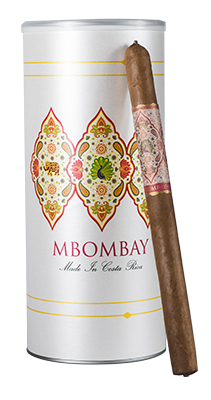 Without further ado, let’s break down the MBombay KeSara A and see what this cigar brings to the table.

The MBombay KeSara is a multi-national blend consisting of tobaccos from three countries.  As mentioned, MBombay cigars are produced in Costa Rica at the Tabacos de Costa Rica factory.

The KeSara line consists of nine offerings.  For the KeSara “A” it is packaged in an 18 count can.

Consistent with many of the other offerings of the MBombay KeSara line, the KeSara A’s Ecuadorian Deas Florado wrapper has almost a butterscotch color to it. There is a light coating of oil on the surface of this wrapper. There are some visible wrapper seams and visible seams. There is a short pig-tail on the cap and the footer is covered.

The band features a rose, red, and gold Indian-inspired mosaic design. There is red and gold trim across the top and bottom of the band.  Prominently displayed on the band is the text “MBOMBAY” in large red font.

As opposed to pulling off the pig-tail of the MBombay KeSara A, I opted for a straight cut to remove the entire cap. Once the cap was removed, I moved on to the pre-light draw. The cold draw started out mostly woody, but there were some subtle notes of natural tobacco and cedar. As I progressed with the cold draw, more cedar and natural tobacco notes surfaced. With a long cigar that had a closed foot, I was surprised how much flavor I got from the cold draw. Overall I considered this a very good pre-light experience. At this point I was ready to light up the MBombay KeSara A and see what the smoking phase would have in store.

During the later stages of the first third and into the early stages of the second third, the cedar remained primary, but there were times the cream and fruit notes crept into the forefront. Closer to the midway point, I found the cream and fruit diminished into the background. At the same time, there were some classic woody notes mixed in with the cedar sweet-spice in the forefront. Meanwhile, the evergreen and pepper remained in the background.

Later in the second third, there was an increase in pepper and cedar. The last third had more in the way of spice. I still detected cedar as the primary note during the late stages. This is the way the MBombay KeSara A came to a close. The resulting nub was cool in temperature, but soft to the touch.

From a burn perspective, the MBombay KeSara A performed quite well during the smoking experience. The cigar maintained a straight burn path and a relatively straight burn path. Some touch-ups were necessary along the way, but for a 9 inch cigar I was surprised how infrequent these touch-ups well. The burn was mostly white in color with some darker speckling mixed in. I found the ash to be on the firm side – coming off the KeSara A in clean chunks.  The KeSara A maintained a ideal burn rate, but the burn rate was difficult to gauge.  Each time I smoked the KeSara A it took about 2 hours 15 minutes. This seemed a little fast for a 9 inch cigar, but then again it is a 47 ring gauge. In the end, there were no adverse effects other than what I perceived to be a quicker smoking time.

Burn of the MBombay KeSara A

The draw performed excellent – especially for a 9 inch cigar. This draw was not too tight, nor too loose. At no point did I struggle to derive flavors – this made the MBombay KeSara A an enjoyable smoke for start to finish.

From both a strength and body standpoint, I found a little more boldness with the KeSara A than compared to when I smoked the Toro. The KeSara A started out medium strength and pretty much stayed in the medium range throughout the smoking experience. As for the body, I also found it to be medium. There was a gradual increase of the body during the second half, and by the last third I found the flavors to be in the medium to full range. In terms of strength versus body, I gave a slight edge to the body.

While many are critics of big ring gauges cigars, I tend to be critical on longer cigars. Many times I find longer cigars to run out of gas during the latter stages. However, every cigar we review is judged on a clean slate. In the case of the KeSara A, this cigar comes through with flying colors. It stays true to the KeSara line and delivers a great smoking experience – right until the nub. This was a low maintenance “A” size smoke and when you have a low maintenance 9 inch smoke, it can be a lot of fun. I’d probably always steer an “A” size to a more experienced cigar enthusiast, but with the KeSara A, there is no reason why a novice can’t enjoy it. As for myself, I was quite impressed with this cigar. It’s easily a box / can worthy smoke.

* MBombay is a sponsor of Cigar Coop and Stogie Geeks