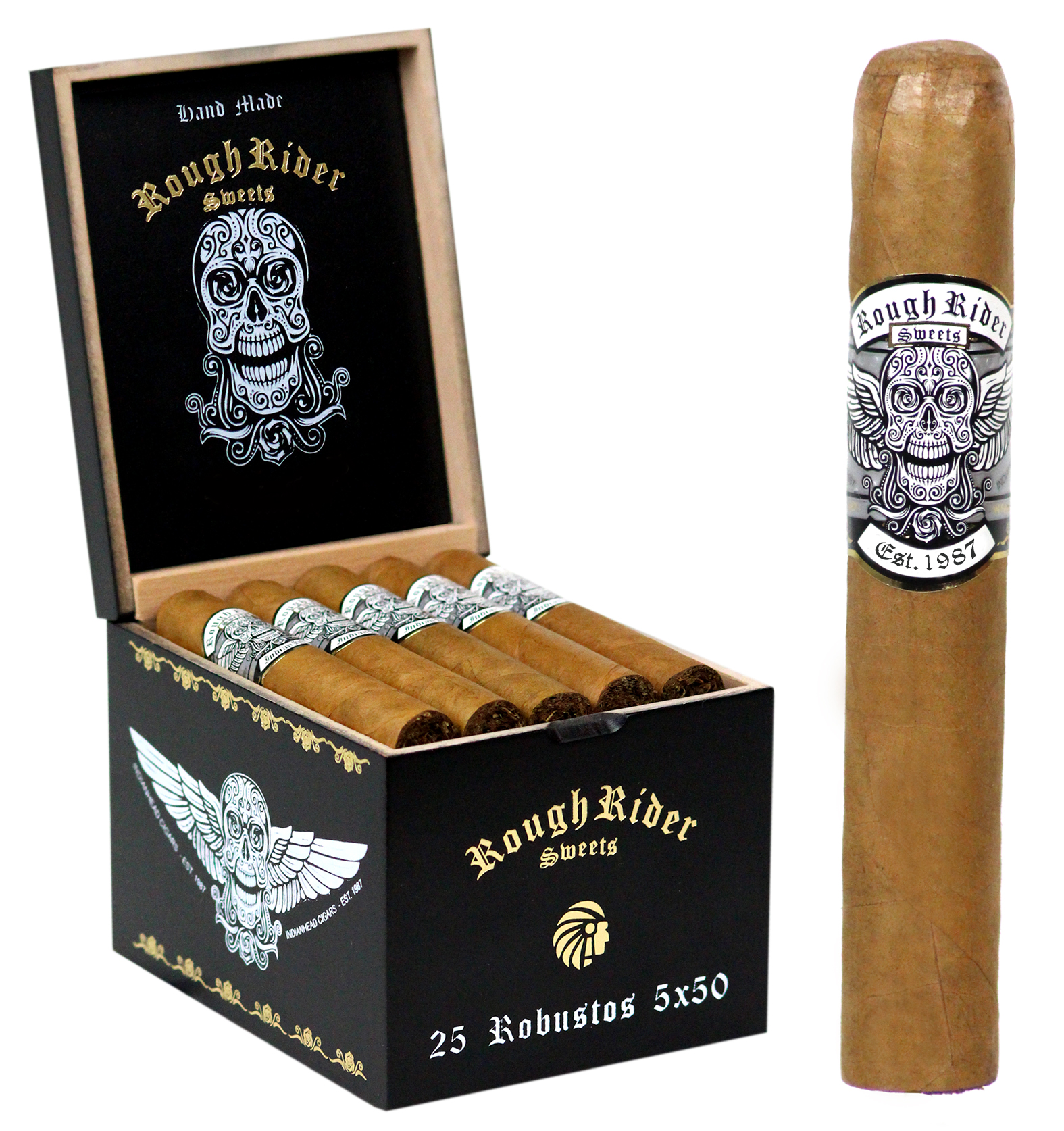 The new packaging features an edgier look, but was also designed to give the look of smoking a traditional cigar.  Barrantes discussed more about the packaging when he broke the news on Stogie Geeks.

The Rough Rider Sweets features a Connecticut Shade wrapper with a Dominican binder as well as Cibao Valley long filler tobaccos. It addition, the cigar incorporates a sweet tip. The company emphasized this is not an infused or flavored cigar. Rough Rider Sweets is being made at Tabacalera Palma in the Dominican Republic. The cigar is available in five sizes in 25 count boxes. The cigar is also a value-priced offering at under $4.00 per cigar.

At a glance, here is a look at the Rough Rider Sweets line:

All five sizes are in 25 count boxes