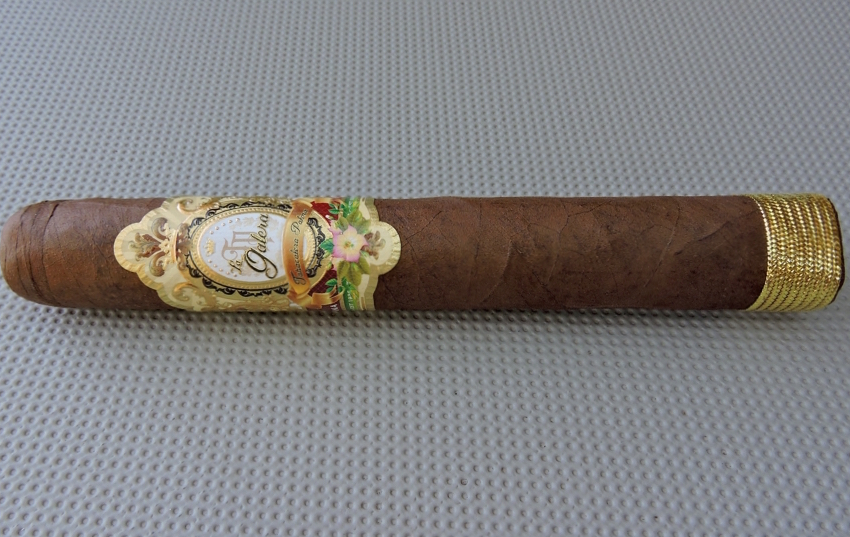 Over the past few years Jochy Blanco has become a power in the cigar industry in terms of tobacco growing and manufacturing. He has supplied tobacco and produced cigars out of his Tabacalera Palma operation in the Dominican Republic for some leading brands. Last year, Blanco made a strategic move – that to brand owner when he acquired IndianHead Cigars from Bill Bock. IndianHead Cigars is a portfolio of value-priced cigars. Concurrently, Blanco created an all new premium cigar line called La Galera consisting of a Habano and Connecticut blend. These cigars have become the premium cigar component of the IndianHead portfolio. Today we take a look at one of those new cigars, the La Galera Habano in the El Lector (Toro) size. This is an impressive cigar  and one that firmly establishes Blanco’s new brand.

Without further ado, let’s break down the La Galera Habano El Lector and see what this cigar brings to the table.

These sizes were originally released to Europe, but now are available in the U.S. market.

The Ecuadorian Habano wrapper to my La Galera Habano El Lector had medium to dark brown color with a dark cinnamon-colored tint. There was a nice oily coat on the surface of the wrapper. While there were some visible veins, I still found this wrapper to be on the smoother side. Most of the wrapper seams were on the minimal side.

The band has an elaborate design. The center of the band has a white oval with the text “La Galera” in gold scripted font. On the background of the oval also features the “TP” (Tabacalera Palma) initials in a light gold colored old English font. The lower part of the oval has a gold ribbon design draped over it with the text “Tabacalera Palma” in a dark cursive font. The upper part of the band is adorned with pictures of the beach, a farm, and a representation of a portrait from the Tabacalera Palma factory. There are also various gold adornments on that section of the band.

The lower part of the band is red. The text “La Galera” in a light font flanks the left and right side of the band. The text “REPUBLICA DOMINICANA” is on the lower portion of the band in white font while the text “HECHO A MANO” is on the right side. On the far left lower side is a Dominican Republic flag. The far right side has a another gold colored “TP” (Tabacalera Palma” logo). The bottom of the band has a tobacco flower flanked by a green stripe with the text “TABACALERA PALMA” on each side in light font.  Finally, there is a gold foil band adorned the footer of the band.

Prior to lighting the La Galera Habano El Lector I went with a straight cut to remove the cap. Once the cap was removed, I moved on to the pre-light draw experience. The cold draw delivered sweet natural tobacco, nut, and a slight spice component. Overall I considered this to be very good pre-light draw. At this point, I removed the footer band of the La Galera Habano El Lector, lit up the cigar and awaited what the smoking experience had in store.

During the first third, the nut and cedar alternated in intensity. I found the nut had a slight edge during this stage. As the La Galera Habano El Lector moved into the second third, an earthy component was now also present in the forefront. While the lemon rind and natural tobacco remained in the background, I also detected some subtle pepper notes on the tongue.

As the La Galera Habano El Lector moved into the latter stages of the second third, the earth notes remained grounded in the forefront and some bread notes entered the equation. Meanwhile the natural tobacco and lemon rind remained in the background and continued to provide some balance into the flavor profile.

For the last third, there was a slight increase in spice, but overall the flavor profile pretty much stayed constant. When the La Galera Habano El Lector came to a close, the resulting nub was firm to the touch and cool in temperature.

The burn of the La Galera Habano El Lector performed quite well. For the most part the cigar maintained a straight burn path with a relatively straight burn line. Along the way, the cigar needed some touch-ups, The resulting ash had a salt and pepper color. I didn’t find the ash to be overly firm, but at the same time the ash was not loose or flakey. The combustion was excellent as the El Lector had an ideal burn rate and ideal burn temperature. 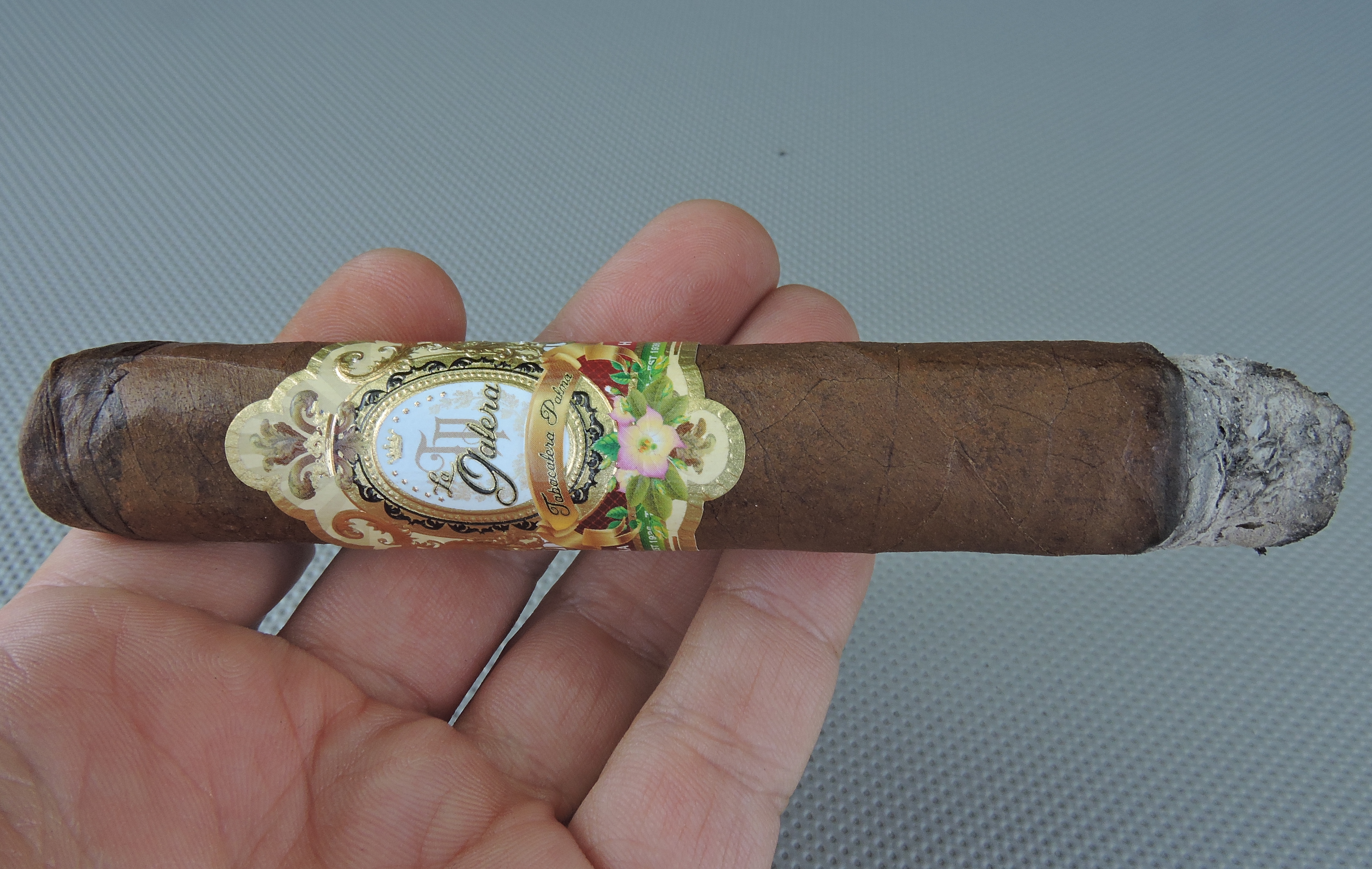 I also found the draw of the La Galera Habano El Lector to perform quite well. It was not too tight, nor too loose. This was a low maintenance cigar to derive flavor from.

Overall I found the La Galera Habano El Lector to be a cigar that was medium strength and medium-bodied. There was a slight increase in both attributes along the way. The strength and body balanced each other nicely with neither attribute overpowering the other. What I did find is while there wasn’t a heavy nicotine kick nor a lot of weight on the palate, this was a cigar qualified as full-flavored – namely there was a robustness to these flavors.

With the large amount of limited cigars that have flooded the cigar marketplace this year, the core regular production lines are getting overlooked. Along comes Jochy Blanco’s La Galera Habano and he delivers a winner. This is a cigar that has great flavor, great construction, and comes at a value price ($7.00 SRP). As mentioned this a perfect example of a medium strength and medium-bodied cigar that is full-flavored. I’ve smoked a lot of Blanco’s cigars before and with the La Galera Habano he delivers something very different. Finally, I found the El Lector Toro size worked great, but I’m also curious to see how the other sizes perform.

This is a cigar I would recommend to a novice or experienced cigar enthusiast. As for myself, this is a cigar I’d smoke again – ant it’s one that is box worthy.