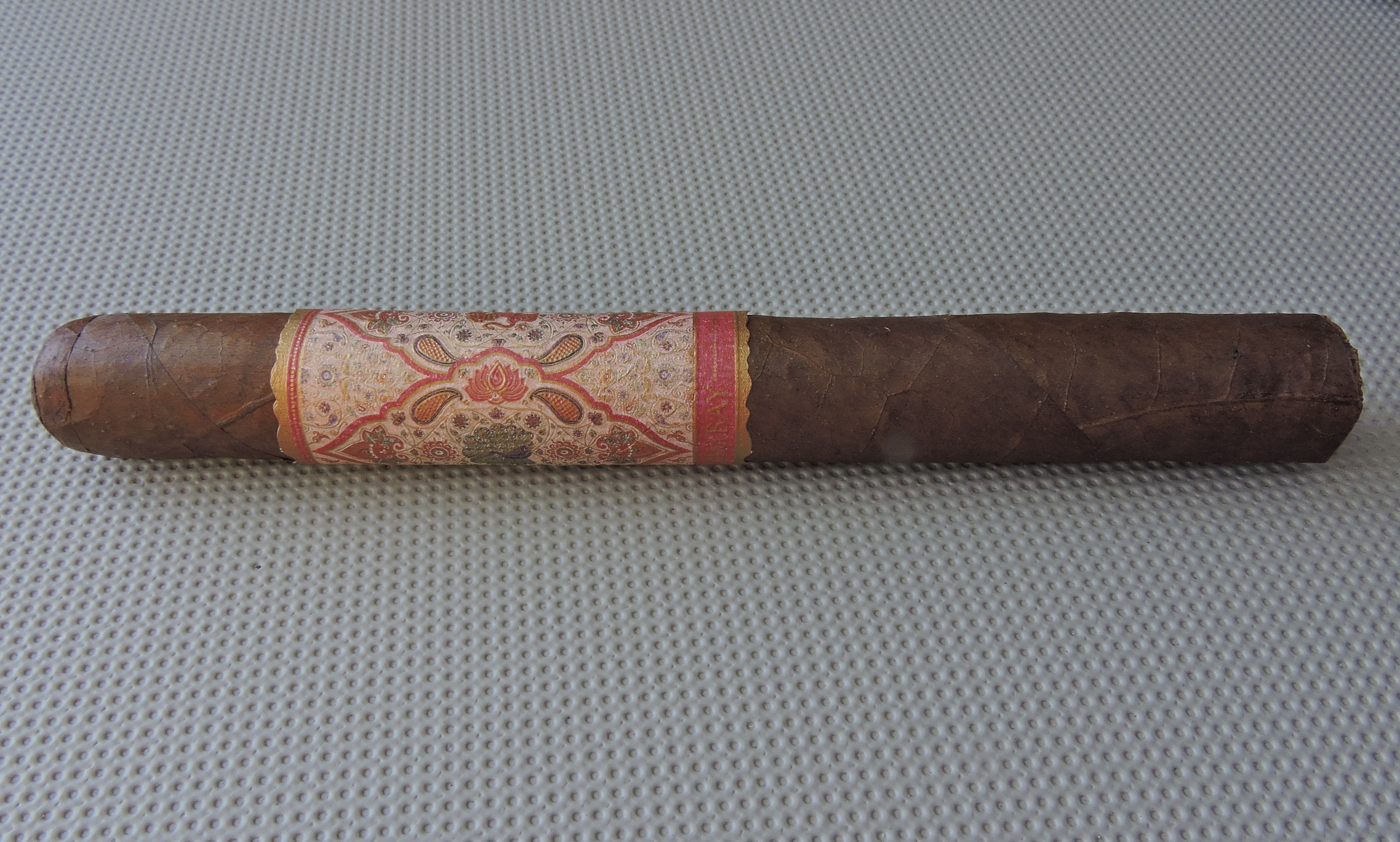 Bombay Tobak is owned by Mel Shah. Shah is retailer who owns Fame Wine and Cigars in Palm Springs, California. After retiring from the IT industry in 2001, Shah opened his shop and last year entered the manufacturing side. For his brand, Shah produces his cigars out of Costa Rica.

Without further ado, let’s break down the MBombay Corojo Oscuro and see what this cigar brings to the table.

The MBombay Corojo Oscuro is a little different in that this cigar incorporates tobacco from Ecuador in all three components of the blend. Not only does this feature an Ecuadorian wrapper and binder, but there is also Ecuadorian tobacco as a part of the filler.

Consistent to when I smoked the Corojo Oscuro Perfecto, the Corojo Oscuro Double Corona has a rich dark mahogany colored wrapper. The wrapper has a decent amount of oil on the surface. There are some visible veins and visible wrapper seams.

Like many of the other MBombay offerings, the Corojo Oscuro has a large band covering the middle section. It has an Indian-mosaic design consisting of a red, rose, and olive color scheme. There is a red stripe toward the lower part of the band with the text “MBOMBAY” in gold font. 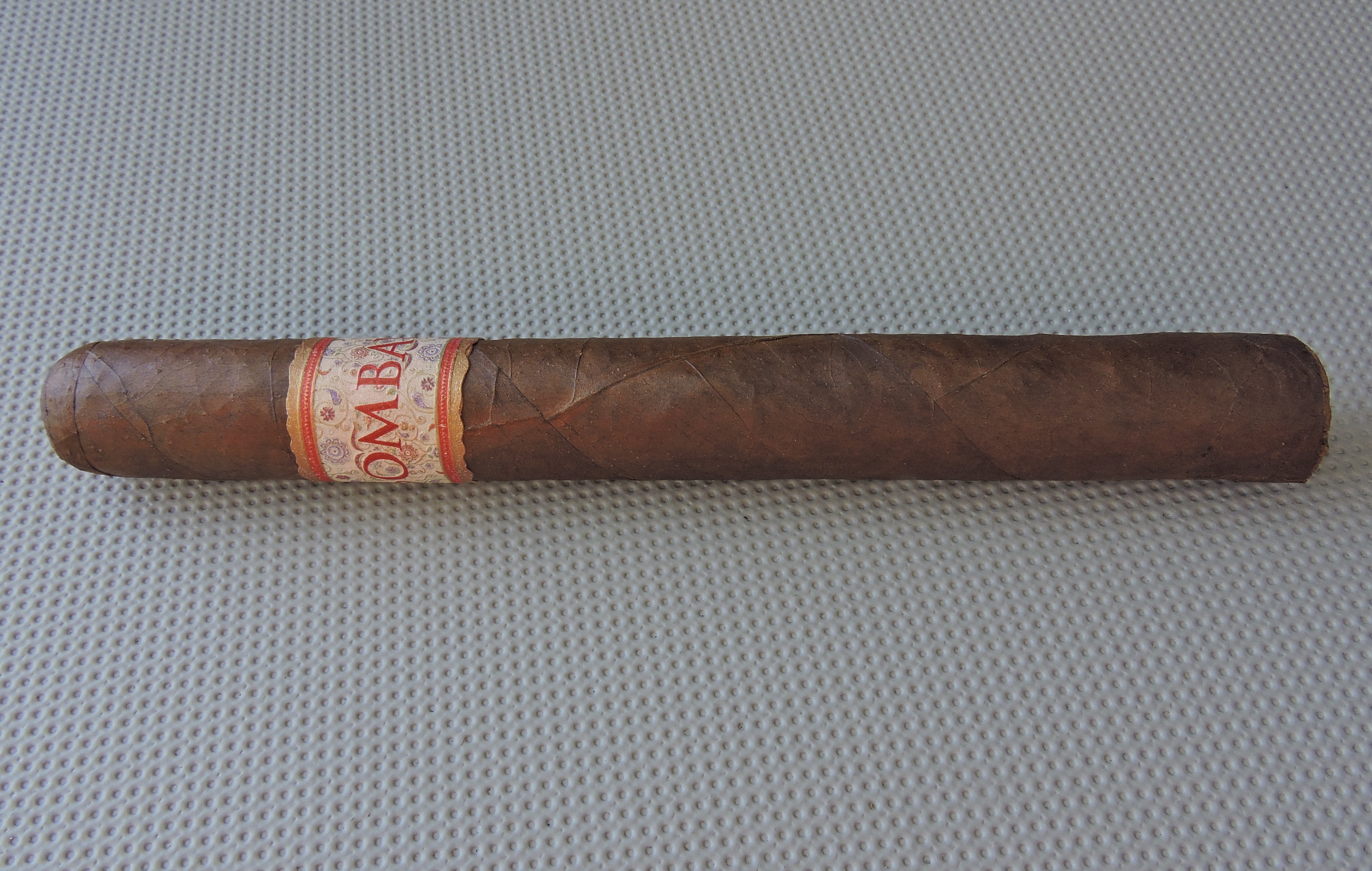 Prior to lighting the MBombay Corojo Oscuro Double Corona, I went with my usual choice of straight cut to remove the cap. Once the cap was removed, I moved on to to the pre-light draw. The dry draw provided a mix of black cherry, cream, and cedar notes. Overall I considered this to be an excellent pre-light draw experience. At this point I was ready to light up the MBombay Corojo Oscuro Double Corona and see what the smoking phase would have in store.

The start to the MBombay Corojo Oscuro Double Corona delivered a mix of black cherry, cream, oak, and cedar notes. The black cherry and cream notes became primary early on while the cedar and oak became secondary. Meanwhile on the retro-hale I picked up some additional cedar spice layered with black pepper.

During the first third, the black cherry and cream notes remained primary while the cedar notes remained grounded in the background. I also found the oak notes made their way into the forefront from time to time.

By the midway point of the MBombay Corojo Oscuro Double Corona, the oak notes became the primary flavor. There was now some black pepper present in the background with the cedar, black cherry, and cream notes. The pepper displaced the cedar on the retro-hale.

By the last third, I found the cedar and pepper spices closed in on the forefront joining the oak notes. The black cherry notes remained in the background and added enough balance to keep things interesting. By this time the cream notes had dissipated. This is the way the cigar experience of the MBombay Corojo Oscuro Double Corona came to a close. The resulting nub was firm to the touch and cool in temperature.

The burn of the MBombay Corojo Oscuro Double Corona performed nicely. The burn path remained start from start to finish. There was a slight curvature to the burn line, but this didn’t precipitate the need for additional touch-ups. The resulting ash had a salt and pepper color. I also found the ash to be on the firm side and not prone to any significant flaking. Both the burn rate and burn temperature were ideal. 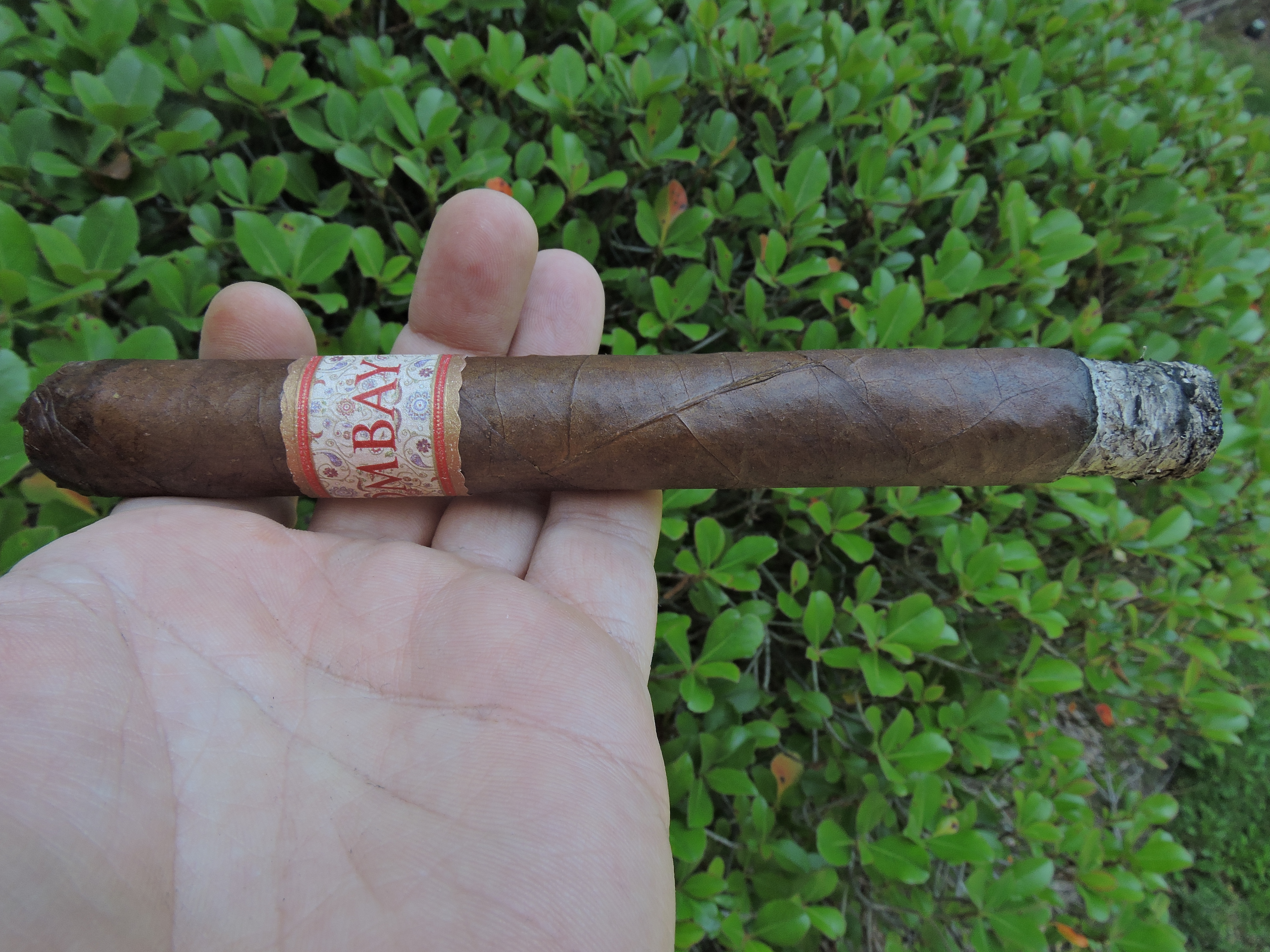 I found the draw of the MBombay Corojo Oscuro Double Corona to be open, but not loose. This was a low maintenance cigar to derive flavors from.

From both a strength and body perspective, I found the Double Corona size of the MBombay Corojo Oscuro to be somewhat dialed back from the Perfecto size. I found this cigar to be a medium strength, medium-bodied cigar from start to finish (as opposed to perfecto which was medium to full strength, full-bodied). In terms of strength versus body, I found both of these attributes on the perfecto to balance each other nicely with neither attribute overshadowing the other.

When it comes to a cigar line, I firmly now subscribe to the “size matters” philosophy. I believe you owe it to yourself to find the vitola that you enjoy best. I was very impressed by the MBombay Corojo Oscuro Perfecto – and I am equally impressed by the Double Corona. I found both provide a different experience, yet there still was a nice common denominator with the two vitolas assessed. This is a cigar I would recommend to either a novice or experienced cigar enthusiast. As for myself, this is a cigar I would smoke again and one that is box worthy.

* Bombay Tobak, makers of the MBombay brand are a sponsor of Cigar Coop and Stogie Geeks.