Agile Cigar Reviews replace what we termed “Assessment Updates”. The concept is the same, but the name is different. Agile Cigar Reviews use a lightweight, shorter format. These will never take the place of our comprehensive reviews. They are only used on blends we have previously assessed. This might be a blend we are re-scoring or providing a score for a first time. It might be a blend we are looking at in a different size. Today we look at the Sindicato Maduro Churchill. This is a cigar we previously did an assessment in the Toro size back in November, 2014. 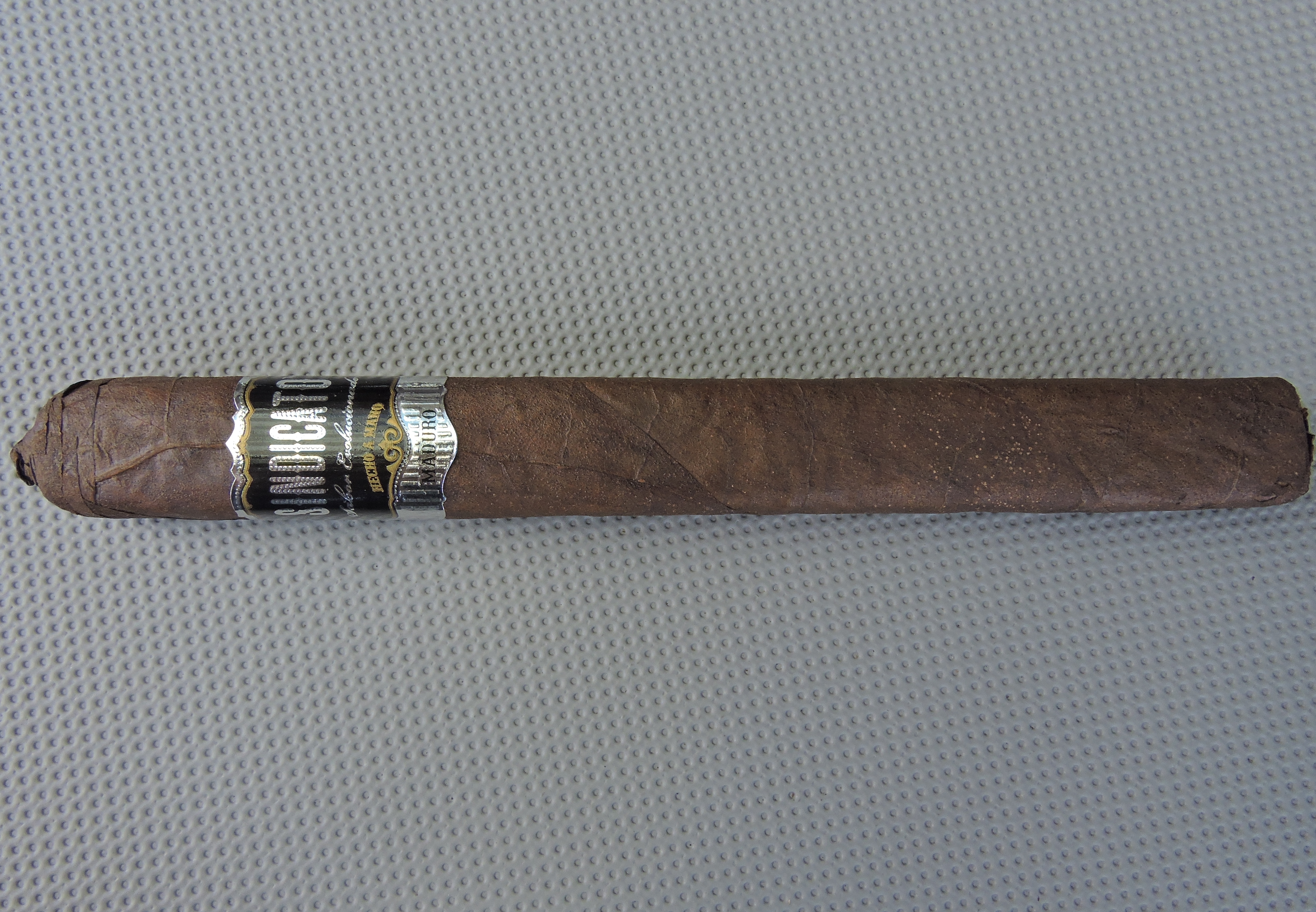 The story of the Sindicato Maduro came to be was told by Sindicato CEO Jim Colucci on the 5/10/14 edition of Kiss My Ash Radio. Colucci explained that when the Sindicato natural was under development, there was an alternate blend being considered that ended up not being used.  While this alternative blend was not used for the Sindicato Natural, a decision was made to put a San Andres Marron Maduro wrapper on that blend. It was the maduro version of that alternate blend that would become the basis for Sindicato Maduro.

The remainder of the blend consists of Nicaraguan binder and filler. All of the sizes in the Sindicato Maduro are box-pressed with a coiled pig-tail cap. While a 7 x 52 vitola seems more Double Corona-like than Churchill-like, the fact that this is box-pressed helps make this cigar look more like a Churchill.

The Sindicato Churchill begins with some notes of chocolate, cream, leather, and black pepper. Early on the chocolate / leather / cream combination were the primary flavors. The pepper notes moved into the background and are joined some cedar and a touch of cherry sweetness.  By the second third, I found the profile to be more of a cream and leather profile. During this stage, the chocolate notes diminished while the cedar notes increased. During the last third, the Sindicato Maduro had a mix of cedar and leather combination. There was still some pepper, but the chocolate, cherry, and cream notes had pretty much dissipated.

The Sindicato Maduro is a cigar that had a nice amount of complexity. The flavors start out medium-bodied before progressing to medium to full in the second half. The strength also starts out medium. By the second half, the Sindicato Maduro was at medium to full strength and the final third sees this as a full strength cigar. Toward the end, I definitely found a kick in terms of strength.

Overall the Sindicato Maduro is a fine offering. I found its a cigar that was very enjoyable in the first two thirds, but lost a little steam in the last third. It’s one I’d recommend to a seasoned cigar enthusiast. As for myself, this is a cigar I would smoke again – and it’s worthy of a box split.