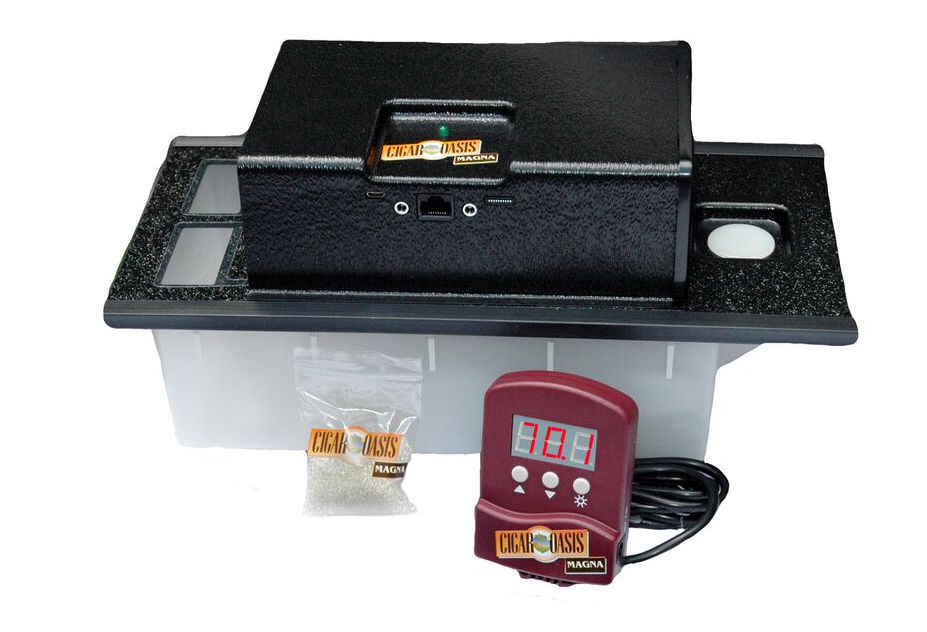 The Cigar Oasis Magna 2.0 is designed 10 to 60 Cubic feet Cabinet / Armoire humidors. The new changes offer stronger air circulation. This was accomplished by an upgrade to the internal fans resulting in what the company says is a 30 percent increase in power and speed. The housing unit was also cut back to allow for faster and more efficient air travel.

“We realized that the Magna was being used primarily by retailers in their cabinets which are opened rather frequently so they needed more power to quickly recover that lost humidity, especially on the higher shelves.” Said Chaim Kohn of Cigar Oasis in  a press release. “And in keeping with the sealed design, The Magna 2.0 will still work just as well in a personal tower humidor and will never run the risk of over humidifying.” These upgrades further advance the Cigar Oasis Magna as a staple for any cabinet humidor for retailer or connoisseur alike.

Pricing for the Cigar Oasis Magna 2.0 is $199.00, the same price as the previous iteration. The company has said it has started to ship the new device.