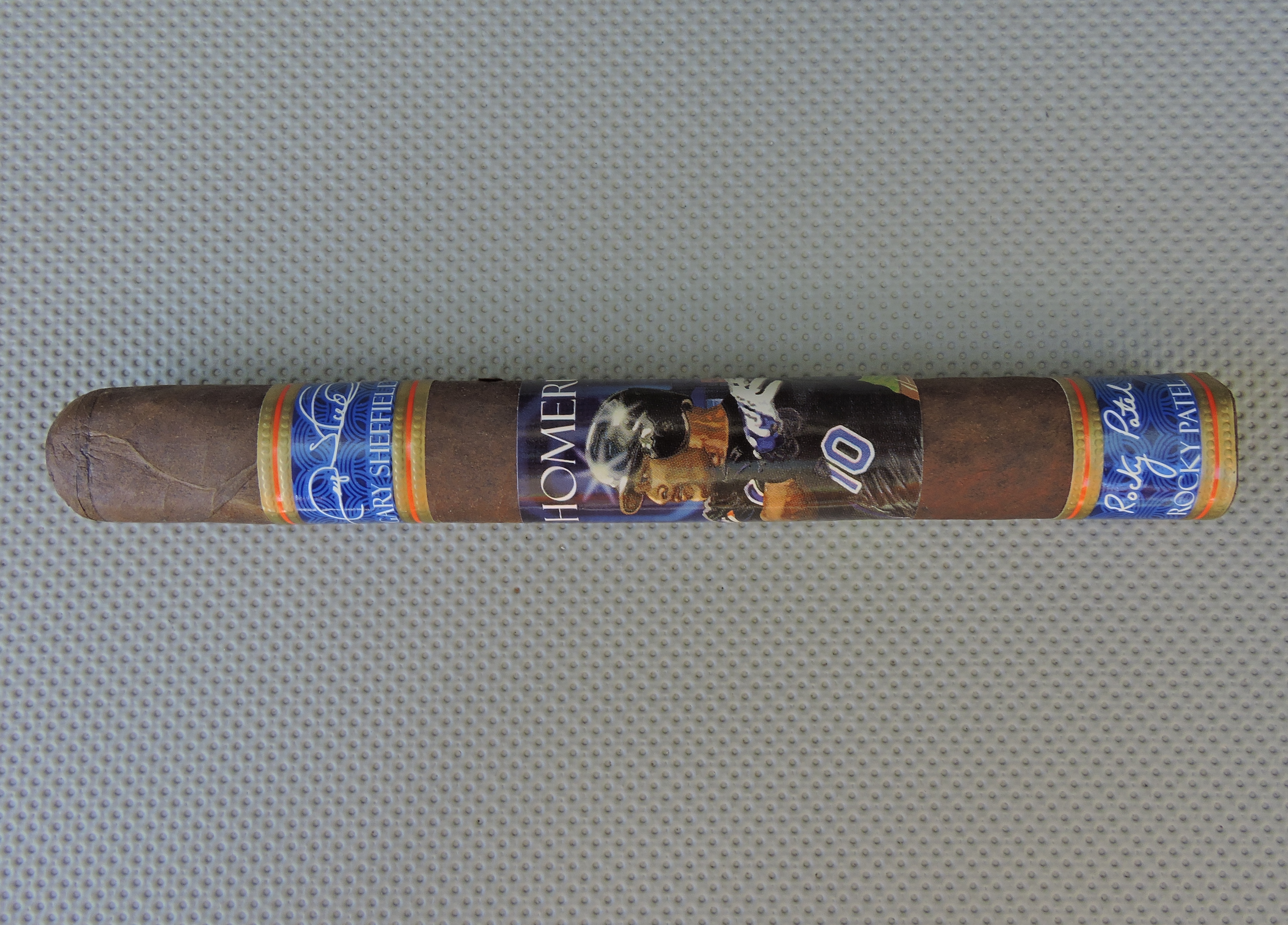 In 2012 Rocky Patel Premium Cigars launched the first of a series of releases partnering with various athletes to produce a cigar brand. The first athlete selected was baseball great Gary Sheffield and the cigar was called the Rocky Patel Gary Sheffield HR500. The limited release cigar commemorated Sheffield’s 500th home run in Major League Baseball which he hit on April 17, 2009 as a member of the New York Mets. Sheffield is only one of 27 individuals to reach the 500 home run plateau. A year later in 2013, a second cigar was introduced for Sheffield that also commemorates the milestone. This new cigar has been officially dubbed (on the Rocky Patel website) the Gary Sheffield 500 Home Runs cigar (although it still has been referred to as the HR500). This new cigar features a all-new blend and a box-pressed shape as opposed to the rounded format found on the first Sheffield cigar. Recently, I’ve had an opportunity to smoke the Gary Sheffield 500 Home Runs cigar. Overall, I found this a cigar to be even better than the first one – and one that delivered an excellent smoking experience.

In addition to the Sheffield-branded cigars, Rocky Patel Premium Cigars has also partnered with other sports personalities. Late in 2012, Rocky Patel produced a regional release in the Philadelphia area with NHL Hall of Fame goaltender Bernie Parent called the BSB No. 1 by Bernie Parent, Earlier this year, Rocky Patel teamed up with NFL all-pro Ray Lewis to produce the Ray Lewis Legends 52 cigar.

Sheffield has also been active in promoting the brand. Since he started working with Rocky Patel Premium Cigars, Sheffield has done many cigar events around the country. In addition, while covering the 2015 Major League Baseball Postseason games, Sheffield would award a “cigar” to a player.  A bundle of the Gary Sheffield 500 Home Runs cigars would often be seen on the desk of the postgame show he hosted.

Without further ado, let’s take a closer look at the Rocky Patel Gary Sheffield 500 Home Runs cigar and see what this cigar brings to the table.

The Rocky Patel Gary Sheffield 500 Home Runs cigar is only available in one size – a 6 1/2 x 52 box-press toro. The cigar is available in ten count boxes. 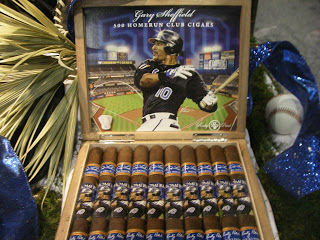 The Ecuadorian Habano wrapper of the Gary Sheffield 500 Home Runs cigar has a medium brown color with a slight rosado tint to it. Upon closer examination, there is some darker marbling that can be seen on the surface of the wrapper. There was a light coating of oil on the surface of the wrapper. The veins and wrapper seams that were visible were on the thin side. I found this also to be a firm box-press with no soft spots. 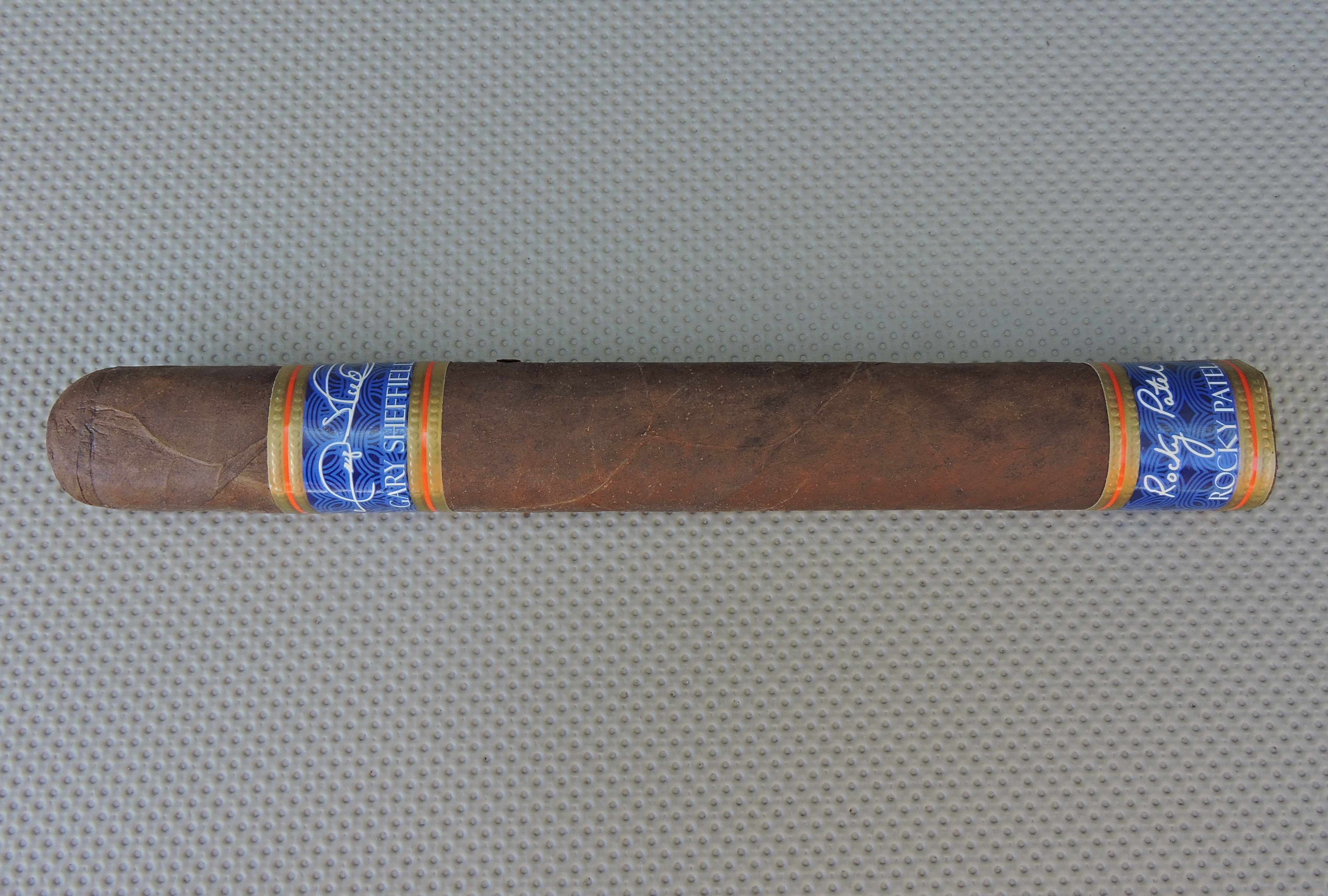 There are three bands on the Gary Sheffield 500 Home Runs cigar. The primary cigar has a blue patterned background with gold and orange trim across the top and bottom. On the band is Gary Sheffield’s signature in white cursive font. Just below that is the text “GARY SHEFFIELD” – also in white font.

There is a footer band that has the identical blue, gold, and orange color scheme. On that band is Rocky Patel’s signature in the text “Rocky Patel” below it.

There is a third band that is positioned near evenly between the two bands. On that band is a portrait of Sheffield (similar to the image below). On the upper part of that band is the text “500 HOME RUNS” in large white font. 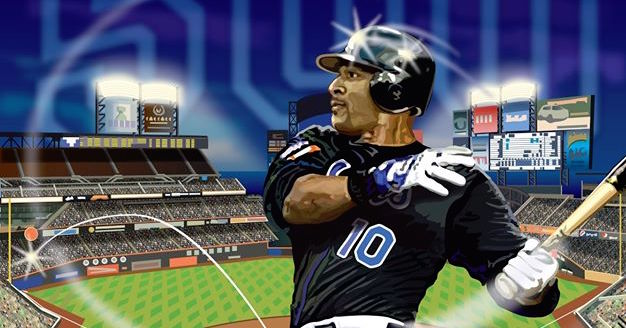 Prior to lighting up the Gary Sheffield 500 Home Runs cigar, I went with my usual choice of a straight cut to remove the cap. Once the cap was removed, I moved on to the pre-light draw stage. The cold draw delivered a mix of cinnamon, cream, and cedar notes. Overall I considered this to be an excellent pre-light draw. At this point I was ready to light up the Gary Sheffield 500 Home Runs Cigar and see what the smoking phase would have in store.

The start of Gary Sheffield 500 Home Runs cigar continued where the pre-light draw left off as I detected more notes of cinnamon, cream, and cedar. There also was a black pepper component present. The cinnamon and cream notes moved to the forefront early on while the cedar and pepper became background notes. On the retro-hale, I did find the cedar and pepper notes to be much more prominent than on the tongue.

During the first third, I found the cedar and cinnamon remained grounded in the forefront which each note alternating as to which had the edge. The pepper and cedar were still in the background, but the pepper had a slight lingering effect on the tongue. I also detected some earthy notes in the background.

By the halfway point of the Gary Sheffield 500 Home Runs cigar, the cedar and pepper started to fuse together, and in the later part of the second third, this combination took over as the primary flavor with the earth, cinnamon and cream now in a secondary role.

The last third of the Gary Sheffield 500 Home Runs cigar saw the cedar / pepper combination still grounded in the forefront. The black pepper at times could be singled out over the other flavors. By this stage, the cinnamon and cream notes were quite distant. This is the way the cigar experience came to a close. The resulting nub was firm to the touch and cool in temperature.

Quietly, Rocky Patel Premium Cigars has really done a excellent job at improving cigar consistency. This is something I’ve seen in the construction of its cigars, and it was something I saw with the Gary Sheffield 500 Home Runs cigar. The solid construction of this cigar was reflected in the burn and draw. From a burn standpoint, the cigar took a straight burn path. There was a slight amount of curvature on the burn line, but this didn’t warrant additional touch-ups above the norm. The resulting ash had a salt and pepper color. I found the ash to be on the firm side and this cigar was not prone to any significant flaking or flowering. Meanwhile the burn rate and burn temperature were both ideal. 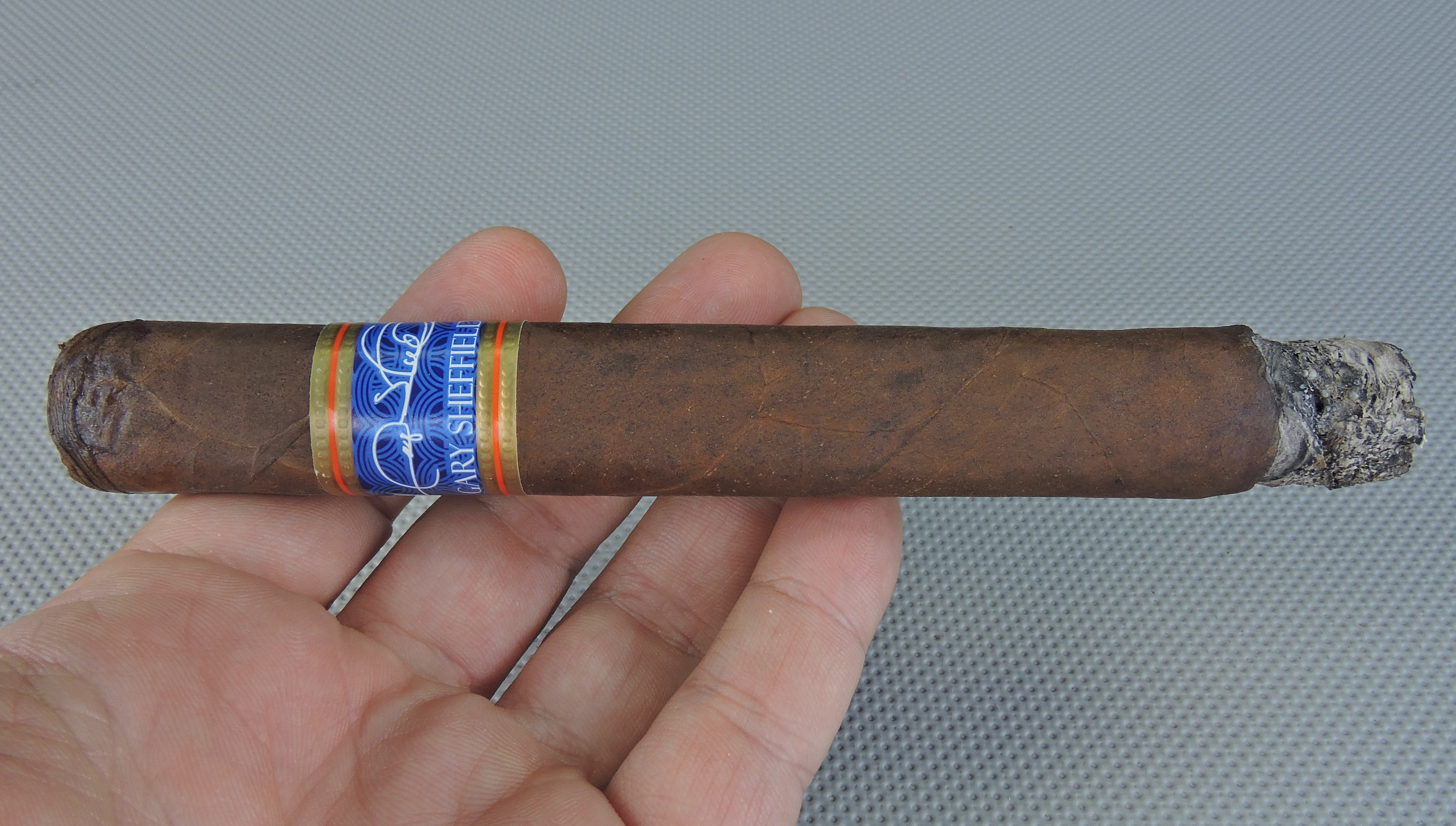 The draw on the Gary Sheffield 500 Home Runs cigar also was ideal. It was not too tight, nor too loose. This was a low maintenance cigar to derive flavors from.

While I did enjoy the original Sheffield HR500 cigar, I really enjoyed the box-pressed 500 Home Runs Cigar even better. I felt this cigar offered more in the way of richer flavors as well as additional complexity. As I mentioned, the 500 Home Runs cigar is a bolder offering than its sibling Ray Lewis Legends 52 cigar. I’ll also add into the equation that flavor-wise, the 500 Home Runs has a completely different profile than the Legends 52.

Overall, the Gary Sheffield 500 Home Runs cigar is an excellent offering and one certainly worth seeking out. It’s a great cigar for not only a seasoned cigar enthusiast, but a novice looking for something in the medium / medium plus range. As for myself, this is a cigar I’d certainly reach for again – and it’s worthy of a box split.