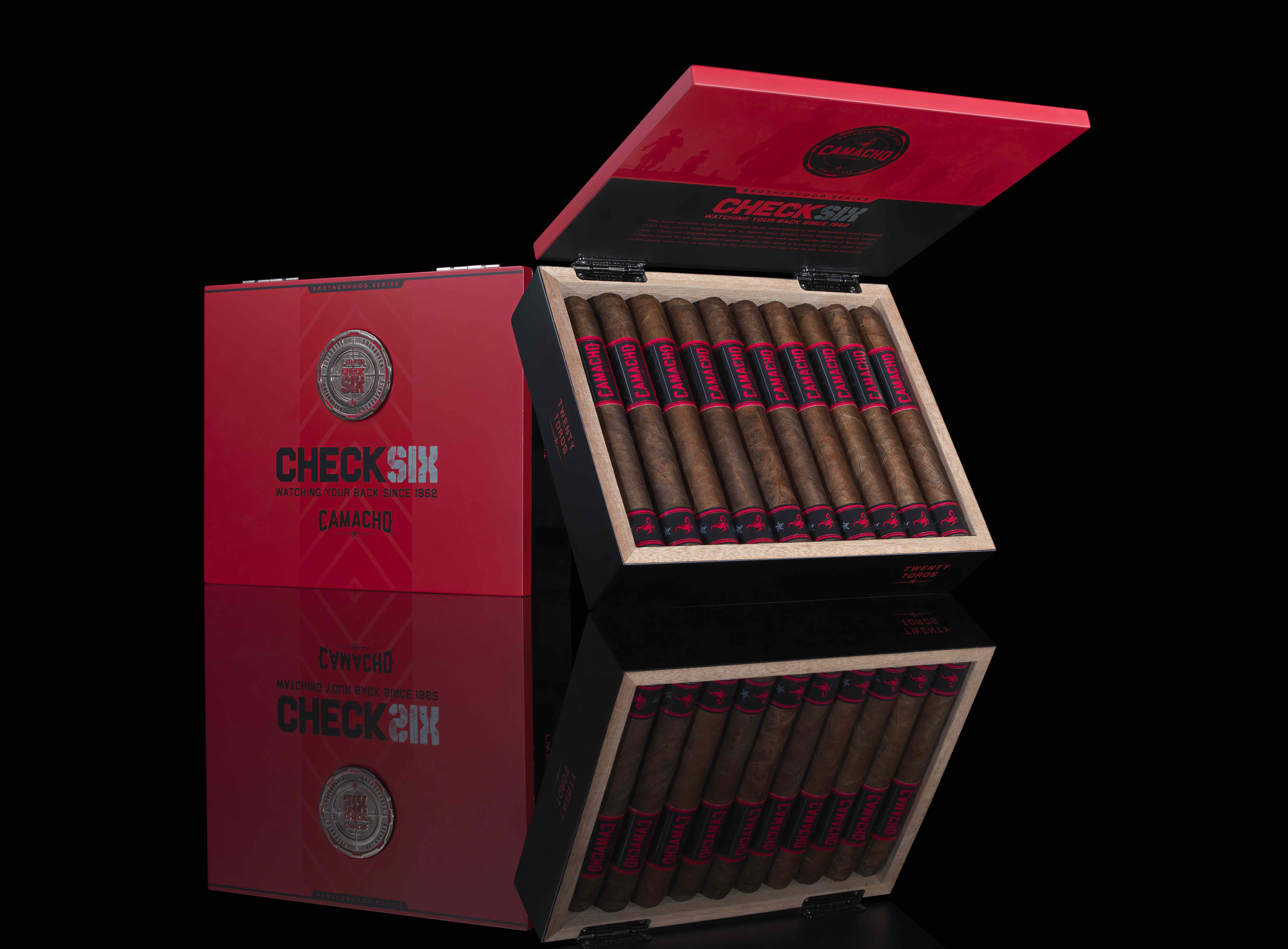 Since it’s historic relaunch in 2013, Camacho Cigars has used the IPCPR to unveil limited edition cigar. This year’s limited edition becomes the second installment to th Brotherhood Series and is called the Camacho Check Six. Check Six refers to watching someone’s back (if standing, one’s back represents 6 o’clock on a clock). It was a phrase for fighter pilots to be aware that there could be enemy pilots coming from behind. Plans are for the Camacho Check Six to officially launch at the 2016 IPCPR Trade Show and ship to retailers immediately after The cigar will ship to global markets worldwide in 2017.

The blend features a Habano 2000 wrapper, a Criollo 98 binder, and a tai-country blend of  Honduran Original Corojo, Dominican, and Nicaraguan tobaccos.  Like last year’s installment, the Camacho Check Six is available in one size, a 6 x 50 Toro. Each cigar is packaged $12.50 per cigar. The cigars are packaged 20 per box.  Each box will feature a challenge coin on the led.

“We are very excited about this second release under our Brotherhood Series. While the concept was inspired by a common bond shared amongst the military brotherhood, it is also aspirational for many. We all have those people in our lives that we know have our back. By extension, it is also understood that you have theirs as well. This is the cigar to share with those special individuals,” said Dylan Austin, Vice President of Marketing for Davidoff of Geneva USA in a press release.

At a glance, here is a look at the Camacho Check Six:

As mentioned, the Camacho Check Six is available in one size – a 6 x 50 Toro.