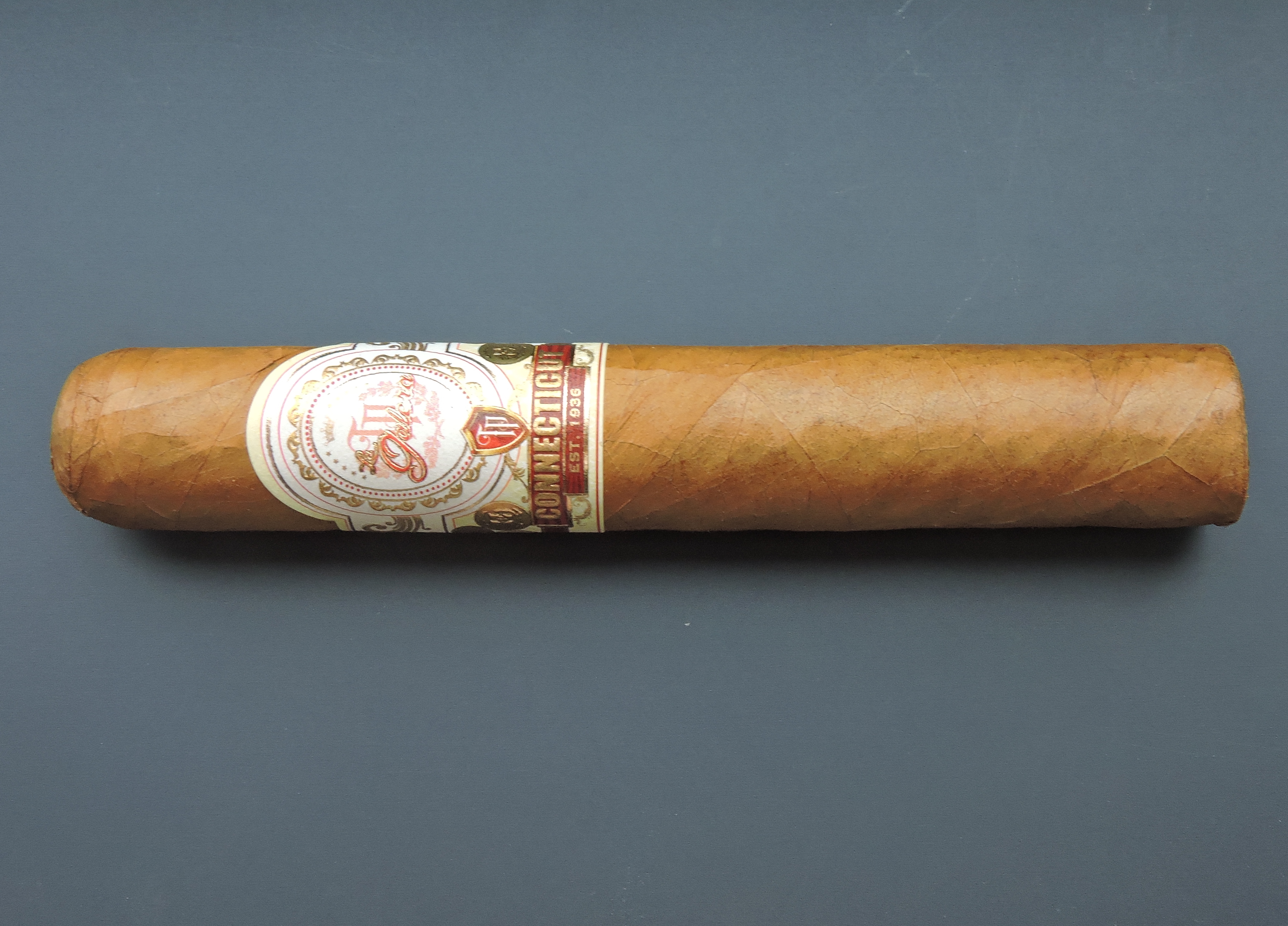 The La Galera Connecticut is one of two premium lines made by Tabacalera Palma’s Jochy Blanco. For many years Blanco and Tabacalera Palma have grown tobacco and made cigars for many of the industry’s leading brands. Last year, Blanco made a strategic move – that to brand owner when he acquired IndianHead Cigars from Bill Bock. IndianHead Cigars is a portfolio of value-priced cigars. At the same time, Blanco created a new premium cigar line called La Galera consisting of two blends – a Connecticut and Habano. La Galera has now become the premium cigar component of the IndianHead portfolio. Today we take a look at one of those new cigars, the La Galera Connecticut in the Chaveta (Robusto) size. Not only is this a very nice premium offering, but it also is a cigar that comes in at a great price.

The brand pays homage to the cigar factory. “La Galera” refers to the roller’s room in the factory which is the heart of where the activity takes place. The vitolas in the La Galera are named after items in the factory. Chaveta (the Robusto size) refers to a knife used by cigar rollers in the factory.

Without further ado, let’s break down the La Galera Connecticut Chaveta and see what this cigar brings to the table.

All of the tobaccos (with the exception of the wrapper) are grown on Blanco’s farms. One the filler components is a special varietal grown by Blanco called T-112. 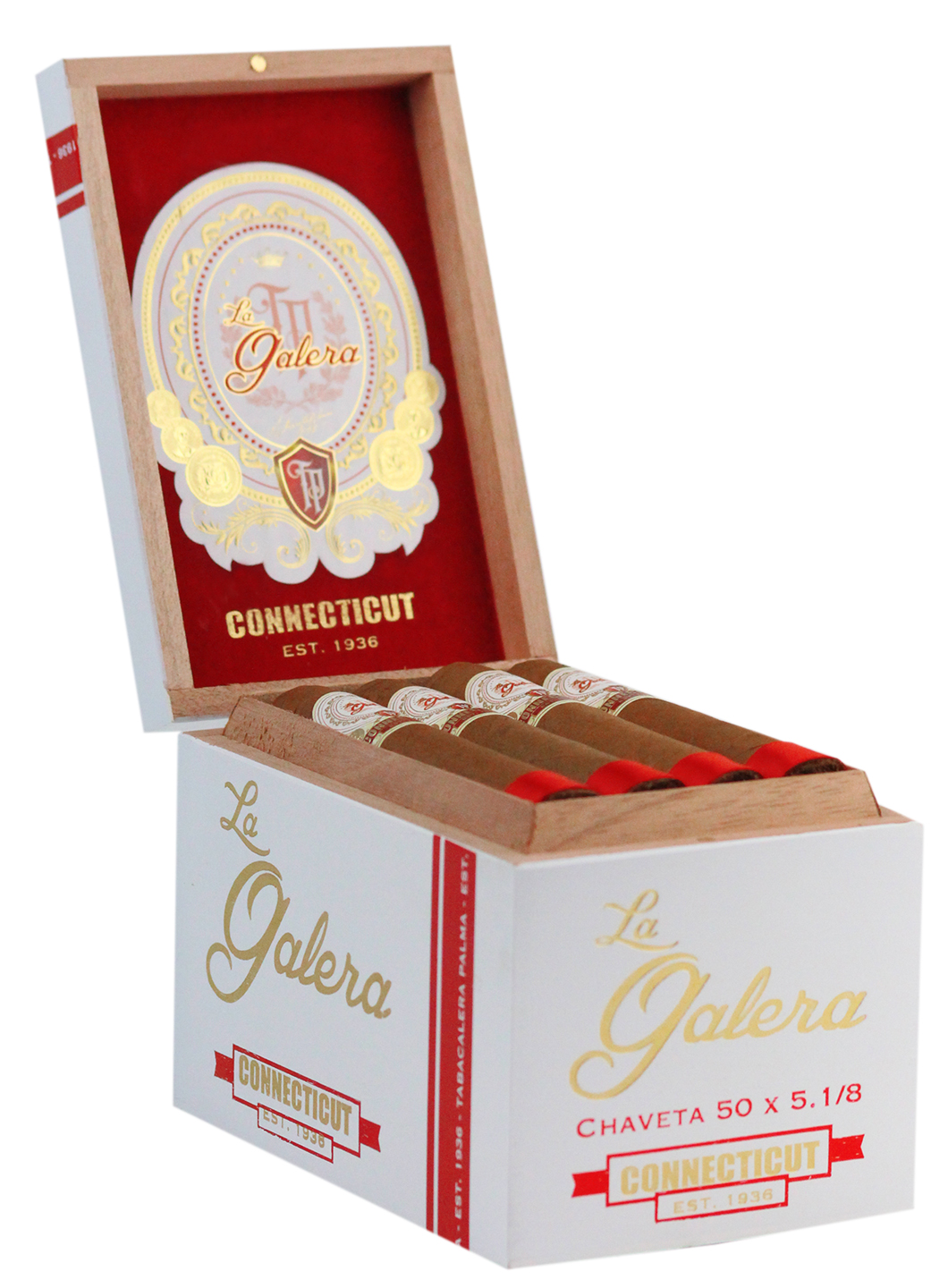 These sizes were originally released to Europe, but now are available in the U.S. market.

The Ecuadorian Connecticut Shade wrapper of the La Galera Connecticut Chaveta has a classic golden brown color to it. On the surface of the wrapper is a light coating of oil. The wrapper seams were on the thin side. While there are some visible veins, I still found this to be a wrapper that was on the smoother side.

There is also a red ribbon that surrounds the footer.

Prior to lighting up the La Galera Connecticut Chaveta, I went with a straight cut to remove the cap. After the cap was clipped, I moved on to the pre-light draw. The cold draw delivered a mix of cream, wood, and a slight cherry note. Overall I considered the pre-light draw of this cigar to be satisfactory. At this point I was ready to light up the La Galera Connecticut Chaveta and see what the smoking experience would have in store.

The La Galera Connecticut Chaveta started out with notes of wood, cherry, and citrus. The wood and cherry notes became primary early on. The citrus notes receded into the background and was joined by a subtle cream note. Meanwhile the retro-hale produced a mild (i.e. not sharp) cedar note.

As the La Galera Connecticut Chaveta moved through the first third, the cherry notes had an edge over the other notes. The wood transformed to more of a cedar sweet spice and joined the citrus and cream notes in the background. Meanwhile the retro-hale got a little more multi-dimensional as I picked up some notes of  black pepper.

Overall the La Galera Connecticut Chaveta scored very nicely when it came to its burn. The Chaveta took a straight burn path from start to finish. The burn line had a slight curvature to it, but it didn’t warrant an excessive amount touch-ups. As for the resulting ash, it was nearly white in color. The ash itself was firm and came off the Chaveta in clean chunks. Meanwhile the burn rate and burn temperature were both ideal. 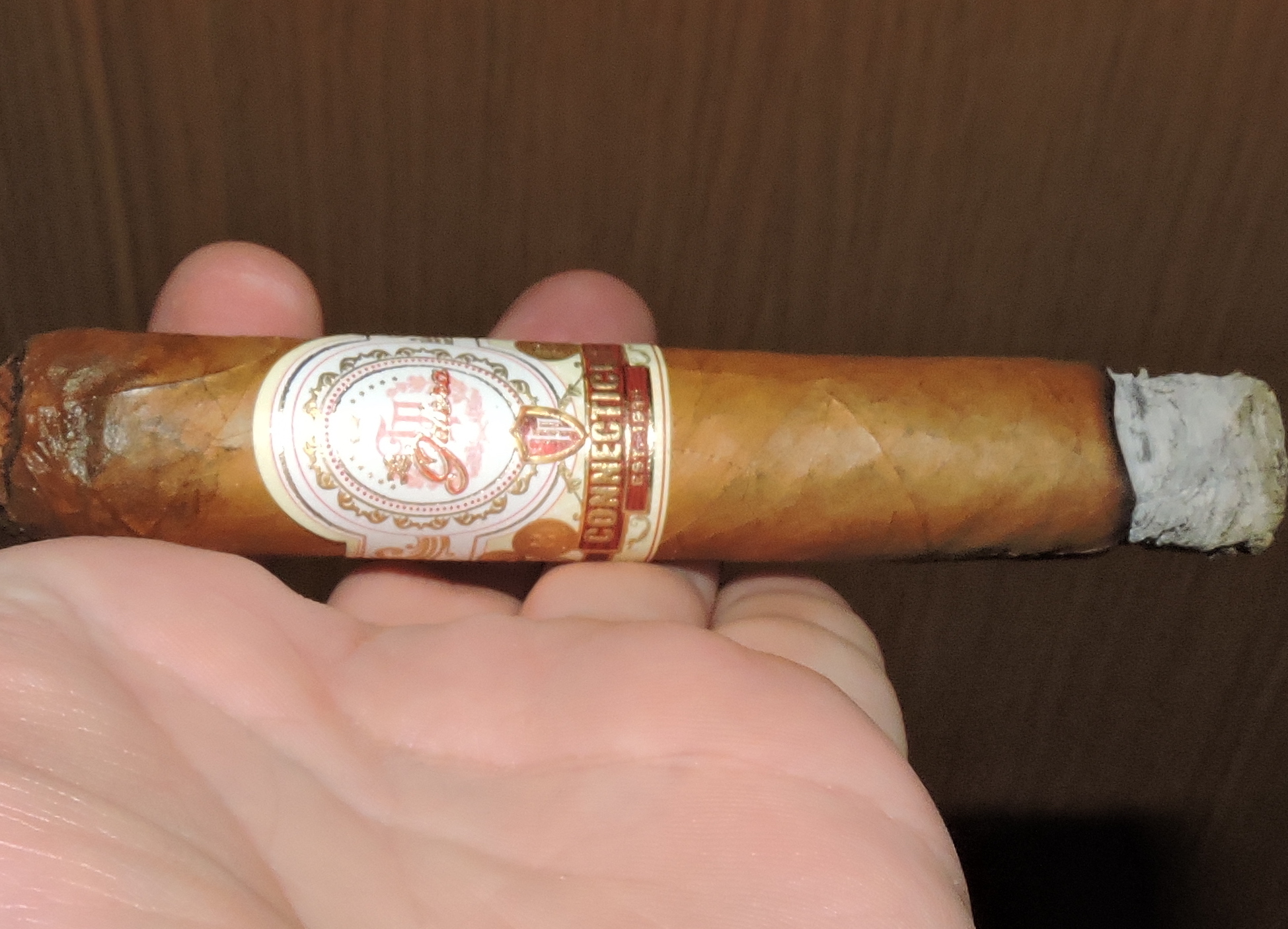 The draw to the La Galera Connecticut Chaveta performed well. This cigar had just the right amount of resistance and didn’t require much maintenance to derive flavors and maintain an ideal combustion.

From a strength perspective, the La Galera Connecticut Chaveta started out quite mild. This is a cigar that builds up linearly in terms of strength. By the second third, the Chaveta was in the mild to medium range and in the last third, the Chaveta crossed into medium strength territory.

As for the body, I found the Chaveta started out on the upper end of mild to medium and by the second half, the flavors were medium-bodied. In terms of strength versus body, I found the body had the edge from start to finish.

There are a couple of observations about the La Galera Connecticut Chaveta. While this is a cigar that builds up in strength and body, this is not a cigar that is going to try to push the boundaries of these attributes for a Connecticut Shade cigar (i.e. it stays mild to medium to the lower end of medium for strength and body). The other observation is that while there is some cream in the flavor profile, this is a cigar where the cream is less of a factor than on most other Connecticut Shades. In the end, I found there was still enough different about this cigar to separate it from many other Connecticut Shade cigars on the market. At $4.95, it’s hard to ignore the value this cigar provides as it smokes like a premium cigar inside and out. This is a cigar I’d recommend to a novice or experienced cigar enthusiast. As for myself, the La Galera Connecticut Chaveta satisfied me. It’s one that is worthy of picking up a five pack and having them in my humidor.