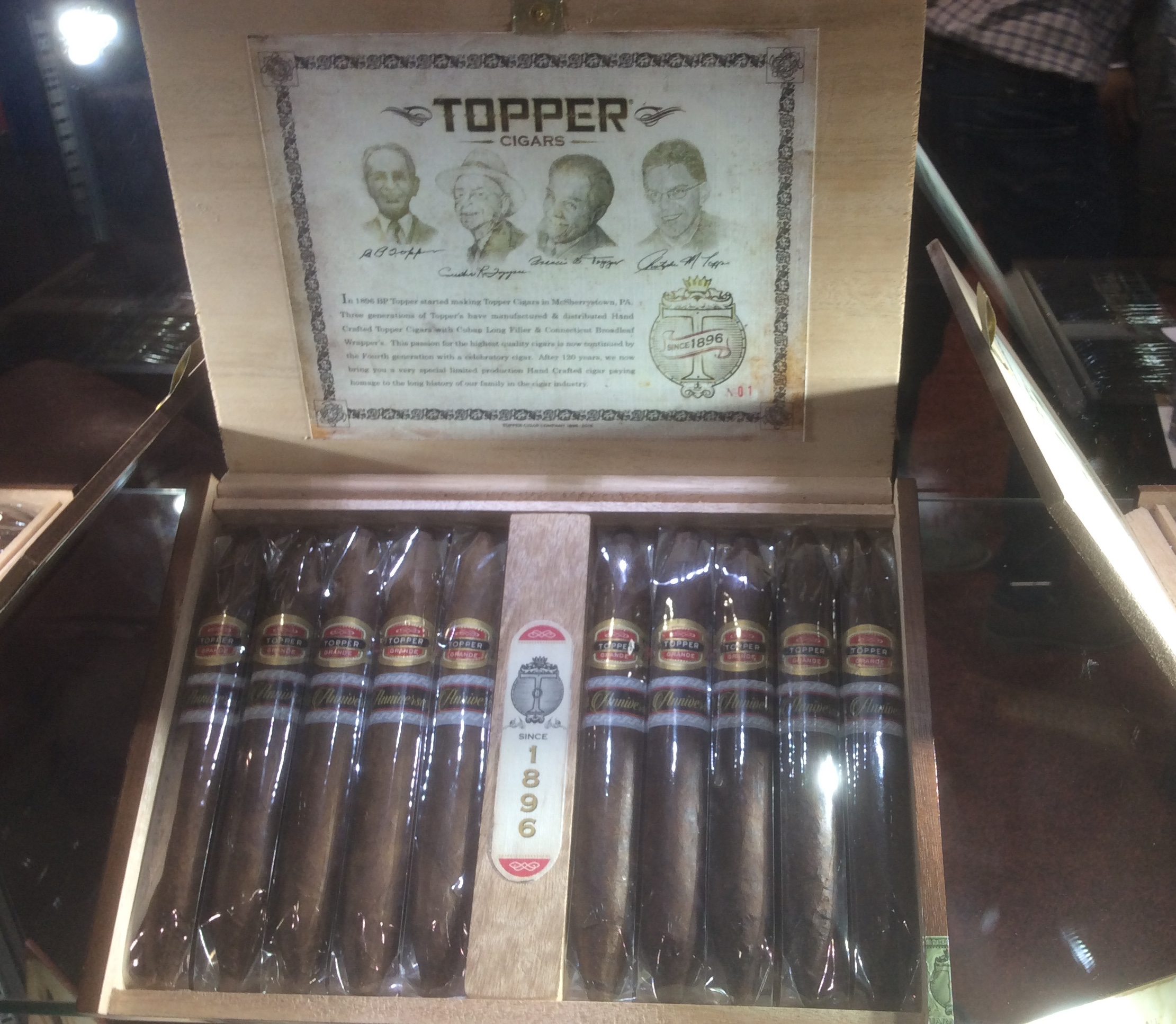 Topper Cigars, a company that is based in Connecticut is celebrating its 120th anniversary.  To commemorate the occasion, the company has released a special cigar. The Topper Grande 120th Anniversary is not only a commemorative cigar, but its a cigar that also pays homage to the company roots.

Topper Cigars are known for its high quality short-filler cigars and in particular, the use of Connecticut Broadleaf tobacco for wrapper. For over a half century, the company used machines to make its cigars. The decision to use machines was to offset labor costs, but Topper products always remained 100 percent tobacco. In 2013, company President Chris Topper returned to making his cigars hand-made. To produce the handmade cigars, Topper teamed up with Phil Zanghi of Debonaire House and the Reyes factory for production. The company has been able to keep most of its pricing under $3.00.

The Topper Grande 120th Anniversary switches gears in that it is a premium long-filler 6 1/4 x 54 perfecto. The cigar is being blended with two wrappers – a Nicaraguan Habano and a Pennsylvania Broadleaf. Both blends have a Dominican binder and a combination of Nicaraguan and Dominican tobacco for the filler. The use of Pennsylvania Broadleaf might seem odd for a company that has built its reputation on Connecticut Broadleaf, but it turns out Topper brand was actually founded in McSherrystown, Pennsylvania – located in the South Central part of the State. Chris Topper informed Cigar Coop that the use of the Pennsylvania Broadleaf pays tribute to the origin of the company.

Chris Topper is a fourth generation cigar maker. His image along with his father (Frances Topper), his grandfather (Curtis Topper), and great-grandfather and founder (BP Topper) adorn the inside of the box of the Topper Grande 120th Anniversary.

Production of the Topper Grande 120th Anniversary is limited and each box will be numbered.

At a glance, here is a look at the Topper 120th Grande: