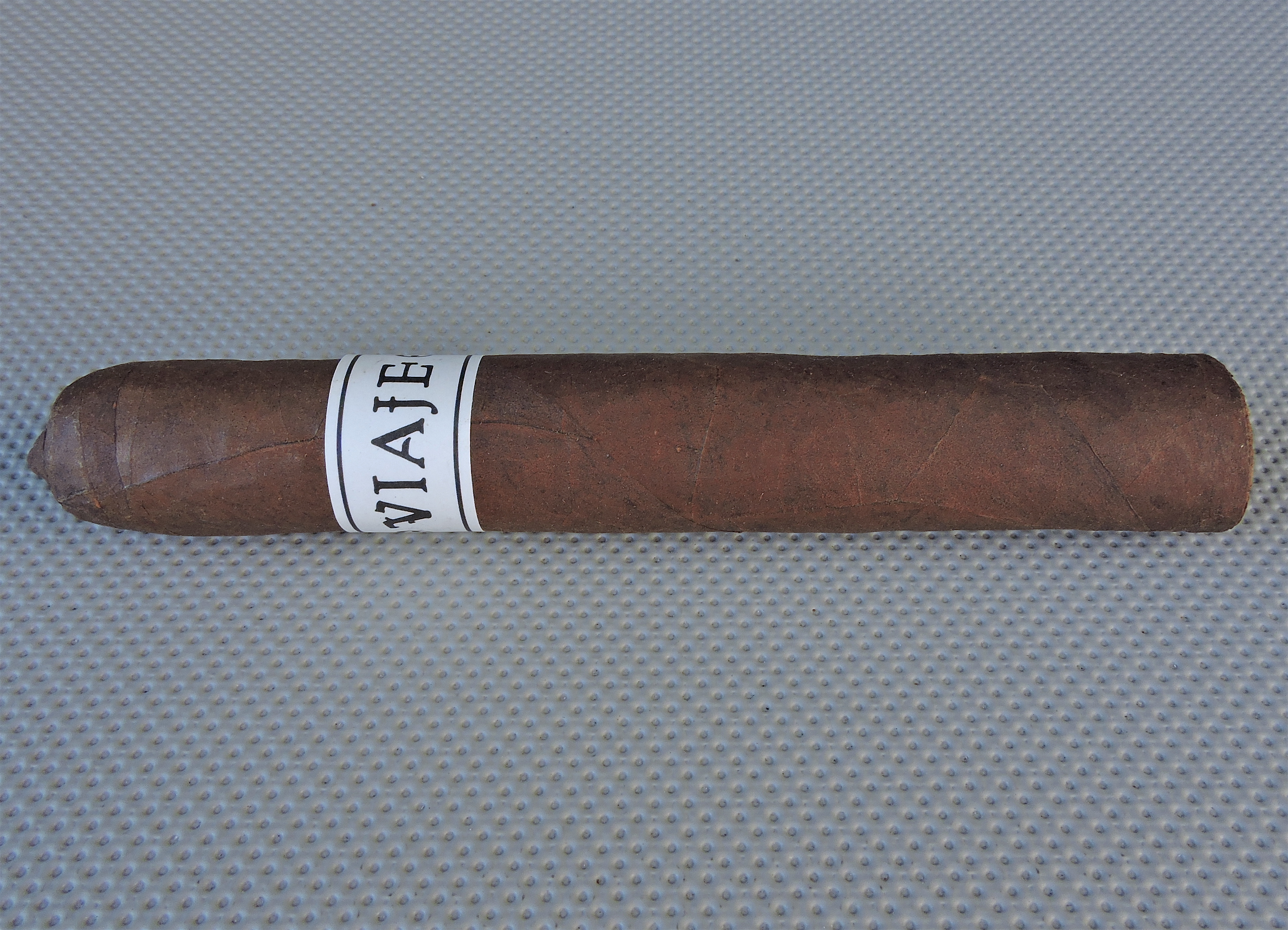 The Viaje Furiosa is a new release limited edition small batch that was introduced by Andre Farkas and Viaje Cigars in 2016. Over the years, Viaje has built a reputation for themed releases such as holidays, food, “zombies”, and bombs. With Furiosa, Farkas tackles a new theme – movies. Furiosa pays homage to Imperator Furiosa (played by Charlize Theron), a character introduced in the 2015 Mad Max movie, Mad Max Fury Road. When the Viaje Furiosoa was announced, Farkas kept the vitola details a secret until his appearance on Episode 192 of Stogie Geeks. The cigar features a toro extra size with a nipple shaped cap. In the Mad Max Fury Road movie, the character of Imperator Furiosa is missing an arm and the design of this cap is meant to represent that characteristic. Recently I’ve had an opportunity to smoke the Viaje Furiosa. Overall I found this to be a nice addition into Farkas’ portfolio.

The Viaje Furiosa has packaging similar to the Viaje White Label Project (WLP), Viaje’s line dedicated to experimental blends, experimental shapes, mashups, and factory errors. The Viaje Furiosa incorporates White Label Project packaging, but it is not a part of the WLP project. Due to the regulations by the U.S. Food and Drug Administration (FDA), it accelerated Viaje’s 2016 release schedule. To avoid delays because of packaging, Farkas opted to use the simple white label banding and boxes in order to get the product to market prior to August 8th, 2016 deadline. Farkas has said that we can expect different packaging for a subsequent release of Furiosa. While originally changes like this would be prohibited under the FDA Regulations, recently the a court ruled that labeling changes are allowed for cigars, but not box count changes.

Without further ado, let’s break down the Viaje Furiosa and see what this cigar brings to the table.

The Viaje Furiosa goes is  a Nicaraguan puro made at the Raices Cubanas factory in Honduras. The blend incorporates both Corojo and Criollo tobaccos from the Aganorsa farms.

The Viaje Furiosa is available in one size – a 5 3/4 x 52 Toro Extra size featuring the nipple-shaped cap. The cigars are packaged in 51 count boxes.  This was a small batch run with a total production of 100 boxes (5,100 cigars). 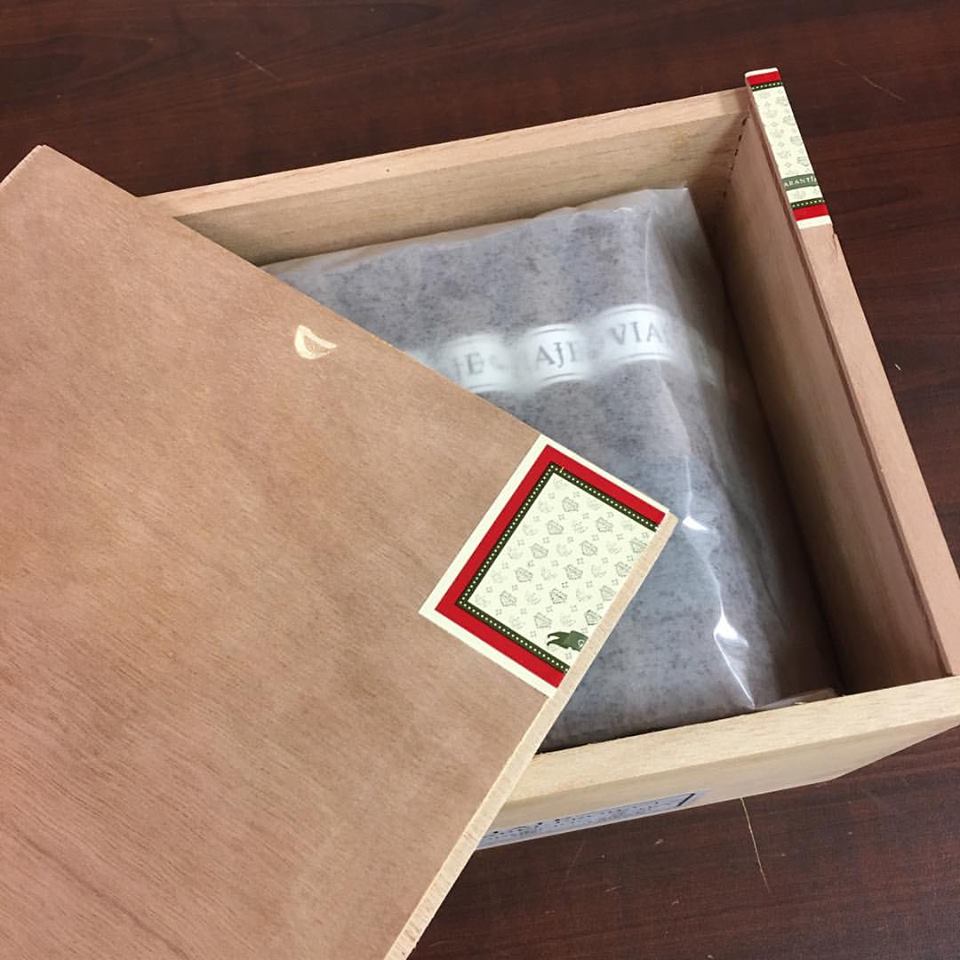 The Nicaraguan Corojo 99 wrapper of the Furiosa has a darker woody look with some darker marbling mixed in. Depending on the the way the light shines on it, there will be varying degrees of a colorado red tint. There was some oil on the surface of this wrapper. Most of the wrapper seams were on the thin side. While there also were some visible veins, I found the surface of this wrapper to be smooth. The nipple shaped cap almost looks like a slightly flattened chocolate chip. 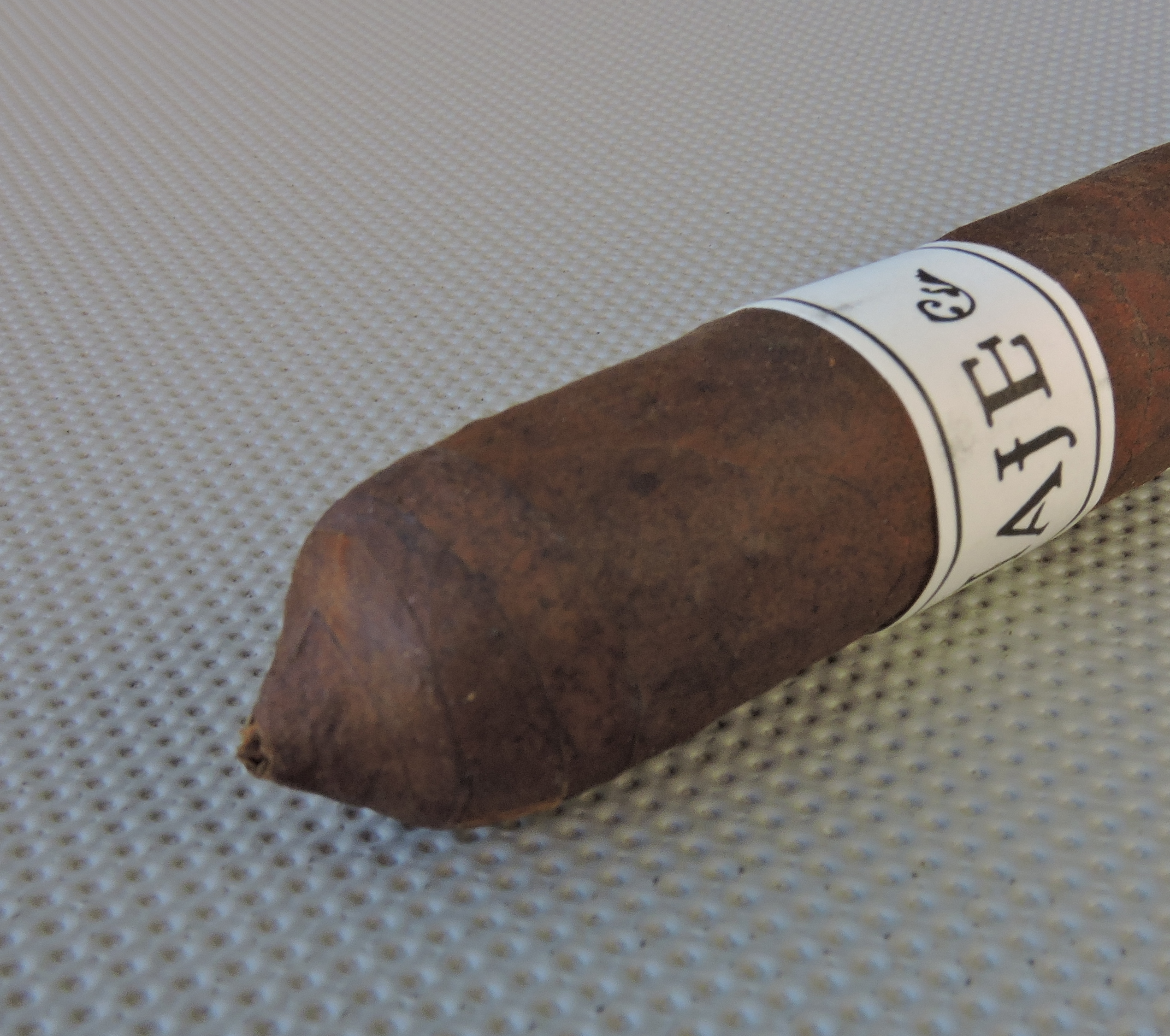 Cap of the Viaje Furiosa

As mentioned, the Viaje Furiosa features the standard “White Label Project” band – namely a white background with “Viaje” visible boldly in black font. There is a thin black pinstripe at the top and bottom of the band.

To remove the nipple cap of the Viaje Furiosa, I went with a thin straight cut to remove the cigar’s nipple cap. Once the cap was removed, I moved on to the pre-light draw. The cold draw delivered a mix of wood, floral, and natural tobacco sweetness. Overall I considered the pre-light draw of this cigar to be satisfactory. At this point, I was ready to light up the Viaje Furiosa and see what the cigar experience would have in store.

The Viaje Furiosa started out with notes of coffee and a moderate amount of white pepper. In addition, there was a slight natural tobacco sweetness in the background. While the pepper on the tongue quickly subsided into the background, I still picked up an additional amount of white pepper on the retro-hale. As the flavor profile took form, the natural tobacco notes joined the coffee in the forefront. The pepper was a distant secondary note. I also picked up a slight floral note on the after-draw.

By the middle of the first third, a wood note surfaced in the background. The wood note increased in intensity and started to float and in and out of the forefront joining the coffee and natural tobacco. I also found a slight increase to the floral component. At the same time, the pepper notes remained quite distant. During the second third, the natural tobacco receded into the background and the coffee and wood notes remained the workhorses in the front. The floral notes on the after-draw remained.

As the Furiosa reached the later stages of the second third, the wood notes now were in control. There was also a cedar sweet-spice component. The coffee notes receded joining the natural tobacco in the background. There was also an increase in the white pepper on the tongue. The floral notes on the after-draw diminished.

The last third of the Viaje Furiosa saw a mix of classic wood, cedar-spice and white pepper. In the background there still as a natural tobacco component – and to a lesser extent a touch of the coffee notes. This is the way the cigar experience of the Viaje Furiosa came to a close. The resulting nub was firm to the touch and cool in temperature.

The burn path for the Viaje Furiosa remained straight from start to finish. From time to time, there was a slight amount of jaggedness on the burn line – something that was easily rectified with the occasional touch-up. The burn rate and burn temperature were both ideal. This was a cigar that delivered a firm ash. The ash color did vary on the samples I smoked – anywhere from salt and pepper (see below) to near white. 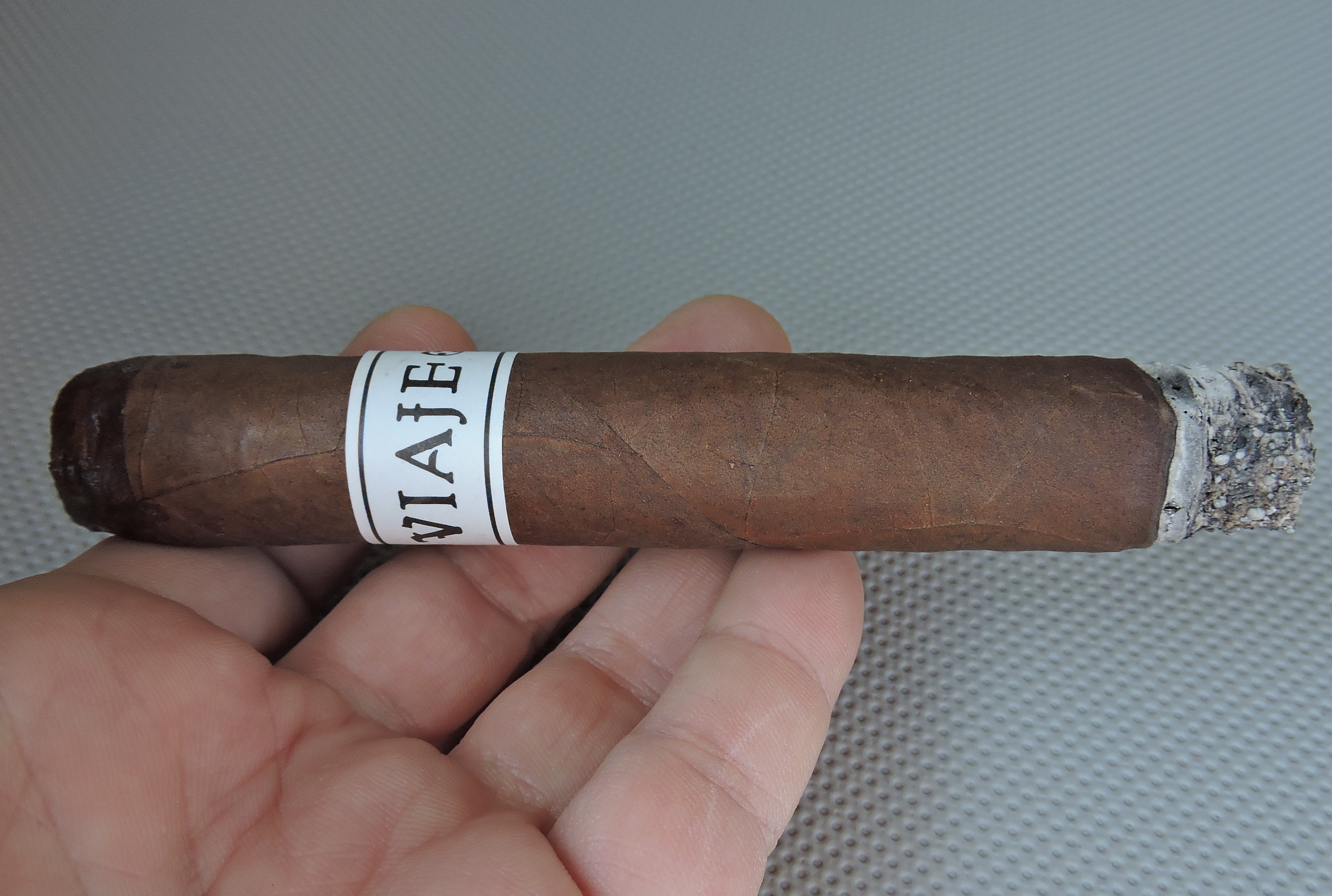 Burn of the Viaje Furiosa

The draw performed quite well. It was in a sweet spot where it was not too loose, nor too tight – making this a low maintenance cigar to puff on.

In terms of strength versus body, I found both attributes balanced each other very nicely with neither overshadowing the other.

The Viaje Furiosa is a release where Viaje remains true to it roots – delivering a Nicaraguan puro with Aganorsa tobaccos with an artesian touch to them. I’ve loved the way the company has branched out with other factories and tobaccos, but Viaje shows they can still deliver a nice blend using the Aganorsa / artesian formula. While I wouldn’t say this cigar is a home run, it certainly gets the job done and should satisfy most fans of the brand. This is a cigar that I’d recommend to an experienced cigar enthusiast, but it’s also a nice cigar for a newbie to move into something in the medium to full range. As for myself, it’s a cigar I’d smoke again – and keep five or so in my humidor.