Davidoff has announced its newest Masterpiece Humidor called Damajagua. This is a collaboration done between Davidoff and French artist Rose Faneuil. This ultra-premium humidor also will be accompanied by an all-new limited edition cigar. The first of the Damajagua humidors and cigars will be auctioned off at the annual ProCigar Charity Auction being held February 19th to the 24th in the Dominican Republic.

The project pays homage to the region of Damajagua, located in the northwest section of the Dominican Republic. It’s a region which Davidoff has cultivated filler tobacco since 2002. The new Masterpiece Humidor incorporates elements from the Damajagua region – and the accompanying limited edition cigar will feature tobacco from the region.

The art work on the Masterpiece Humidor uses a marquetry technique. There are 25 different materials used – including tobacco leaves. Other materials used include wood from sycamore, pear trees, walnut trees, straw, parchment, shagreen and lamb leather. Faneuil used 318 pieces from the 25 materials and assembled them to a work of art. The final image represents a vermillion bird over the Damajagua region. 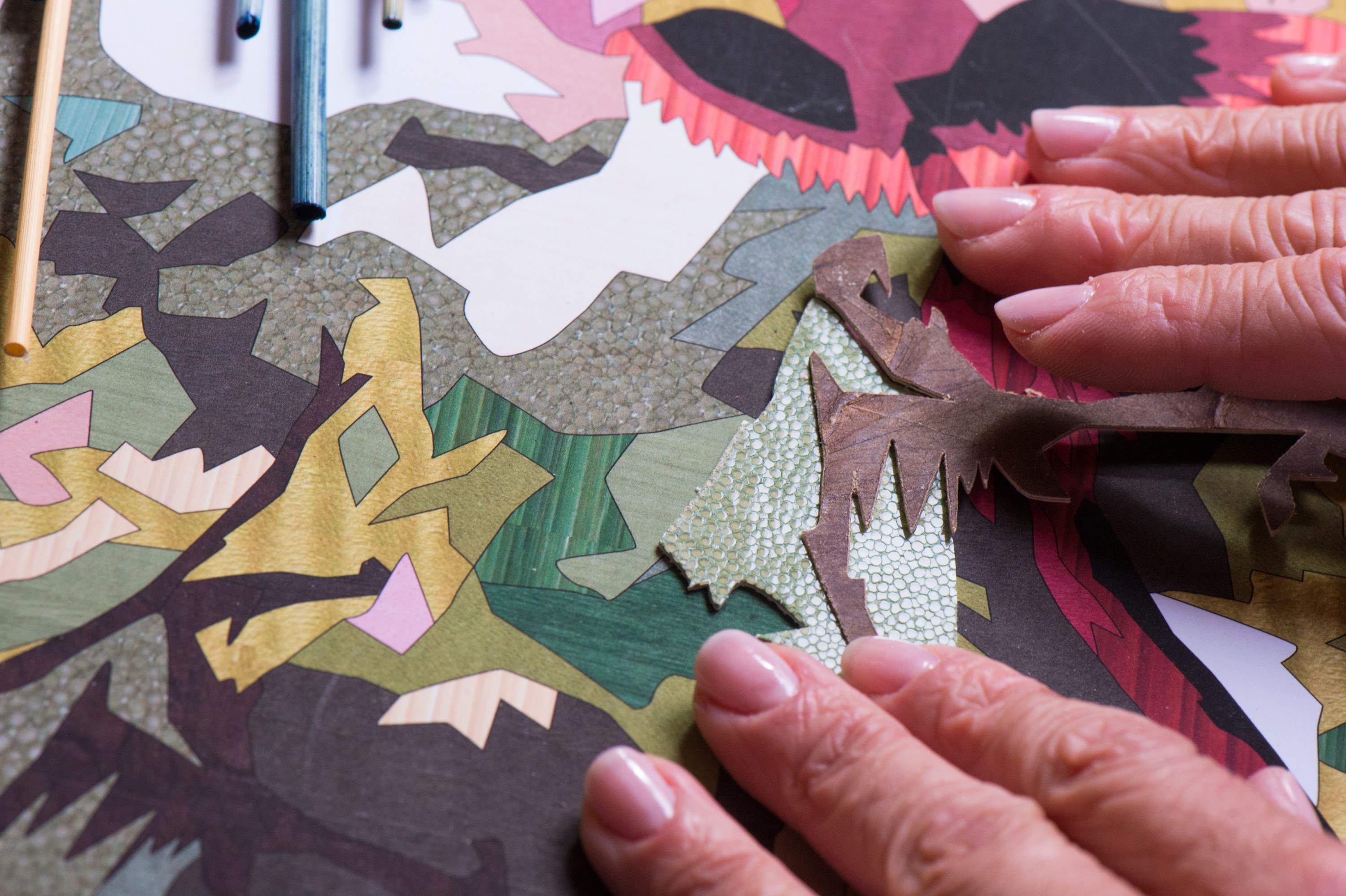 “We are thrilled to partner with an exceptional French marquetry artisan, Rose Saneuil, to develop this unique Damajagua Humidor Masterpiece. Rose Saneuil has been greatly inspired by Davidoff’s Caribean heritage, the magical forest of Damajagua and our skill at nurturing fragile tobacco plants to transform them into exceptional cigars. Her Masterpieces are breathtaking as the artist mixed 25 selected materials to create them, using tobacco leaves picked from Damajagua, for the very first time in marquetry,” explains Charles Awad, SVP – Chief Marketing Officer at Oettinger Davidoff AG.

This is not the first time Davidoff has collaborated with an artist on a marquetry project. In 2015, Davidoff had teamed up with Lison de Caunes  for the Cave de Paille Masterpiece Collection Humidor series. For that project de Caunes employed straw marquetry techniques to produce the humidors in that series.

As for the humidor itself, it is made of odorless okoume wood, from central west Africa. Each is equipped with three proprietary Davidoff De Luxe regulators which guarantee the stable humidification between 70 and 72%.  The humidor itself measures 550 x 356 x 180 mm and features a removable tray.  It also has capacity of 190 to 250 cigars. A total of 20 numbered humidors will be produced.

The cigar packaged with the humidor is called the “Masterpiece Limited Edition Damajagua Toro”. measuring 6 x 52. The blend features an Ecuadorian Habano wrapper, San Vincente Mejorado binder, and a combination of Nicaraguan and Dominican fillers. The blend also contains 30% tobacco from the Damajagua region. It is not known whether this will become an on-going release or not. 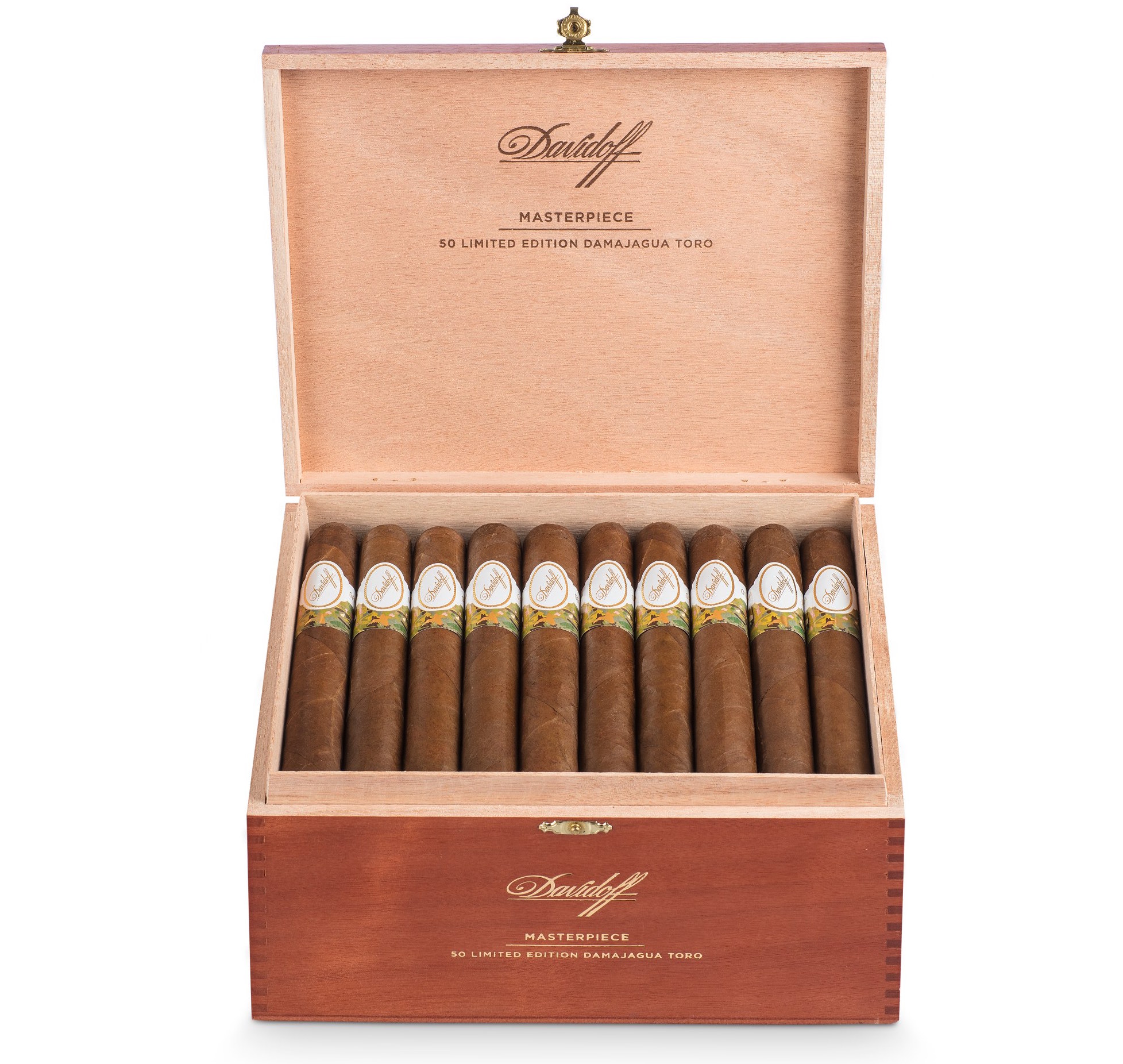 At a glance, here is a look at the Davidoff Masterpiece Limited Edition Damajagua cigar: