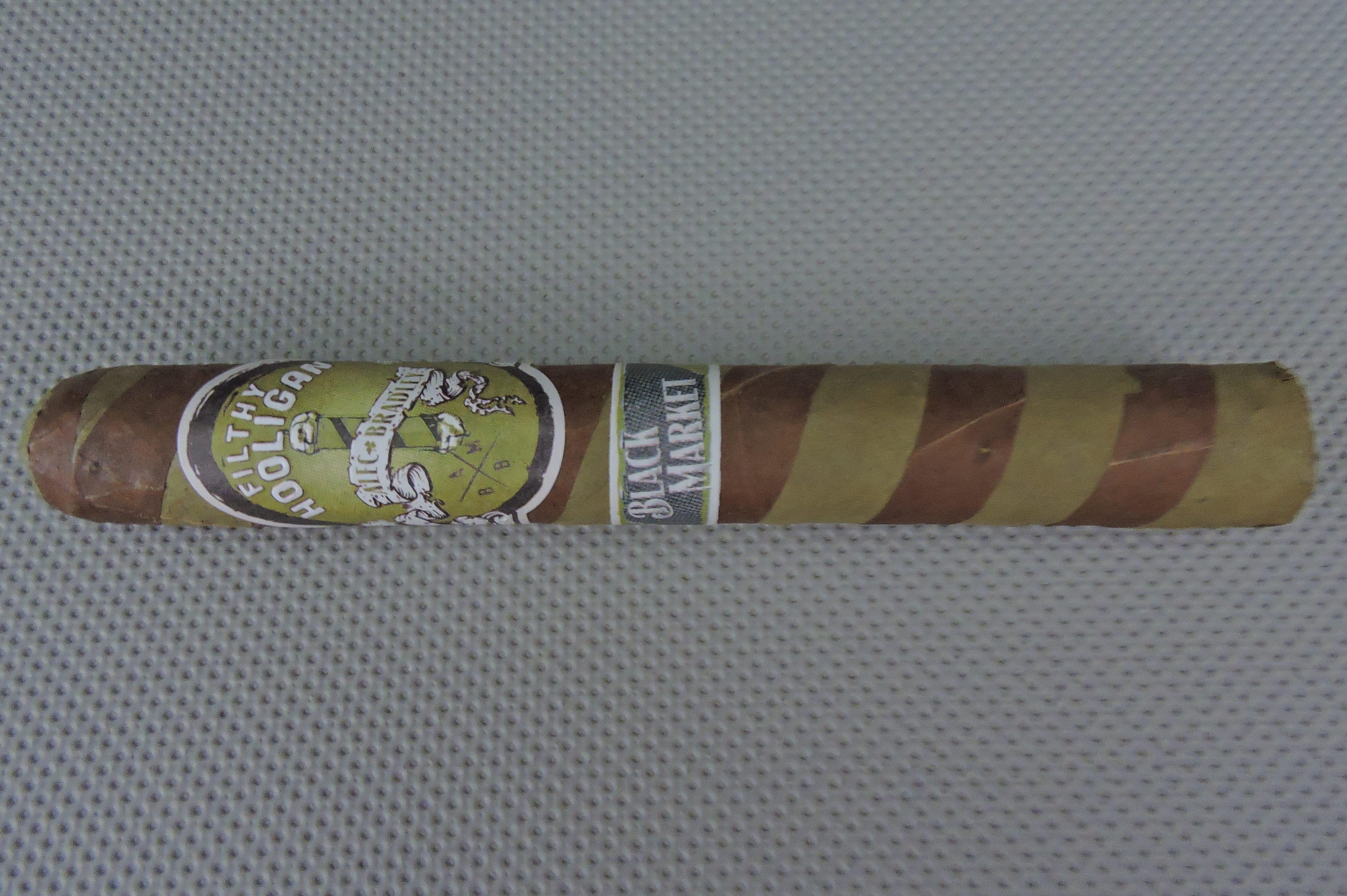 For the fifth consecutive year, the Alec Bradley Black Market Filthy Hooligan, a seasonal release for St. Patrick’s Day has been released. The cigar returns for 2017 in the same barber-pole candela format that was introduced last year. Numerous retailers have reported receiving the cigar into their inventory.

The company told Cigar Aficionado the size and blend of the Alec Bradley Black Market Filthy Hooligan 2017  is the same as last year. Last year, the barber pole was introduced featuring intertwined Honduran Candela and Nicaraguan wrappers over an Ecuadorian Sumatra binder and a filler of Panamanian and Honduran tobaccos. The cigar is being released in a 6 x 50 format in 22 count boxes.