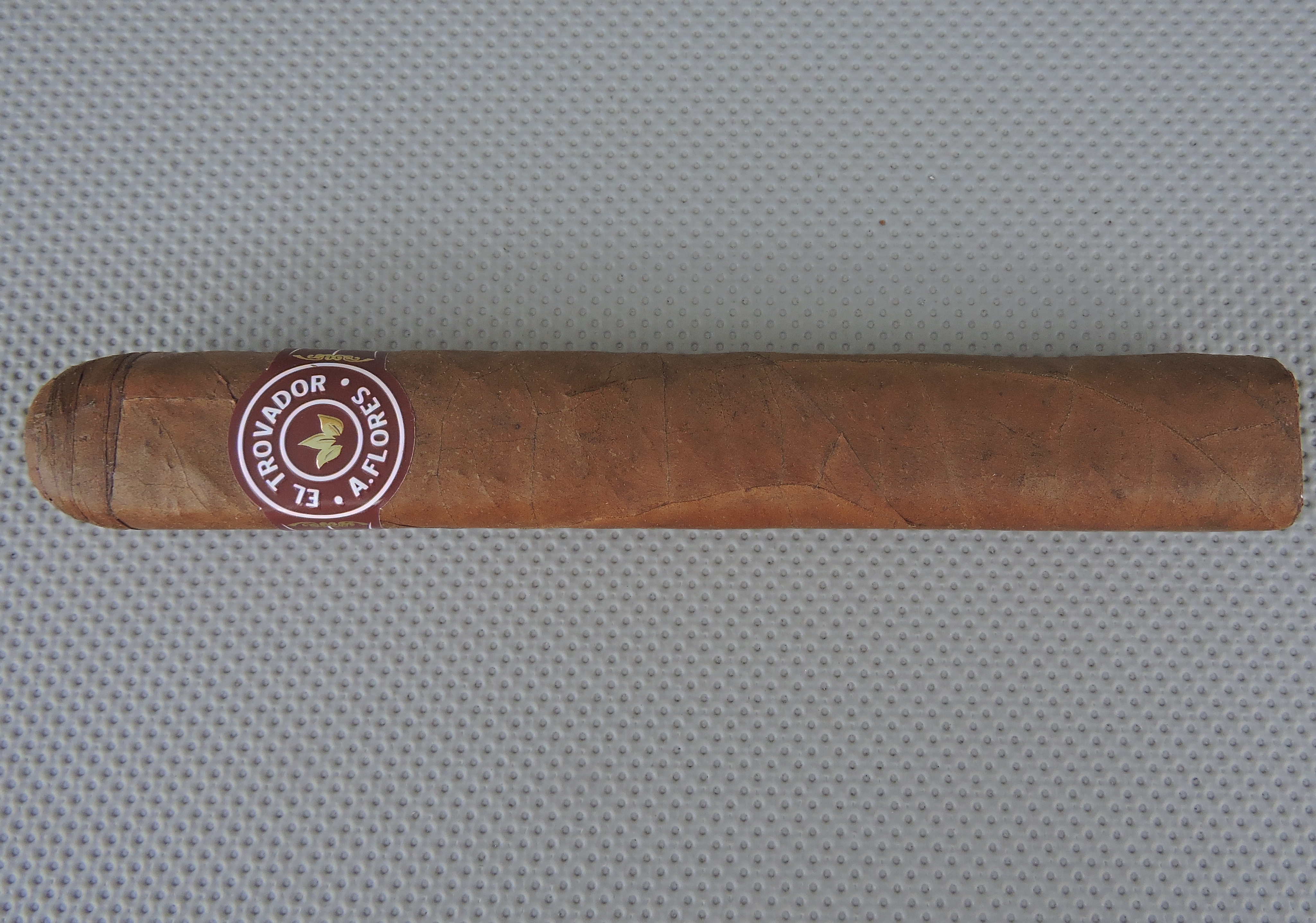 At the 2016 IPCPR Trade Show, PDR Cigars launched a new line known as El Trovador. This was a brand that PDR Cigars owner and master blender Abe Flores took inspiration from a couple of sources – his musical roots and from a trip to Cuba. While many know Flores as a cigar maker who previously had an IT (Information Technology) background, many do not know that he was also a bass musician. On a trip to Cuba, Flores saw an old vintage cigar band with the name “Trovador”. The name Trovador translates to Troubadour. While a Troubadour is a French minstrel, it is also the name of the legendary night club in Los Angeles, California. Given his background in music, Flores thought it would be a good name for a cigar and the rest of history. Recently I’ve had an opportunity to smoke El Trovador in the Gran Toro size. Overall I found this to be a simple, but enjoyable cigar.

Over the past few years, Flores has gone all out when it has come to packaging. In addition to making the cigars, Flores is also intricately involved with package design. For El Trovador, Flores went in a different direction – designing simple, classic style packaging and banding. The cigar features a simple, classic-style brown band and is packaged in plain cedar boxes. On Episode 200 of Stogie Geeks, Flores mentioned the reason why he did this was that he wanted the cigar to stand out on its own. 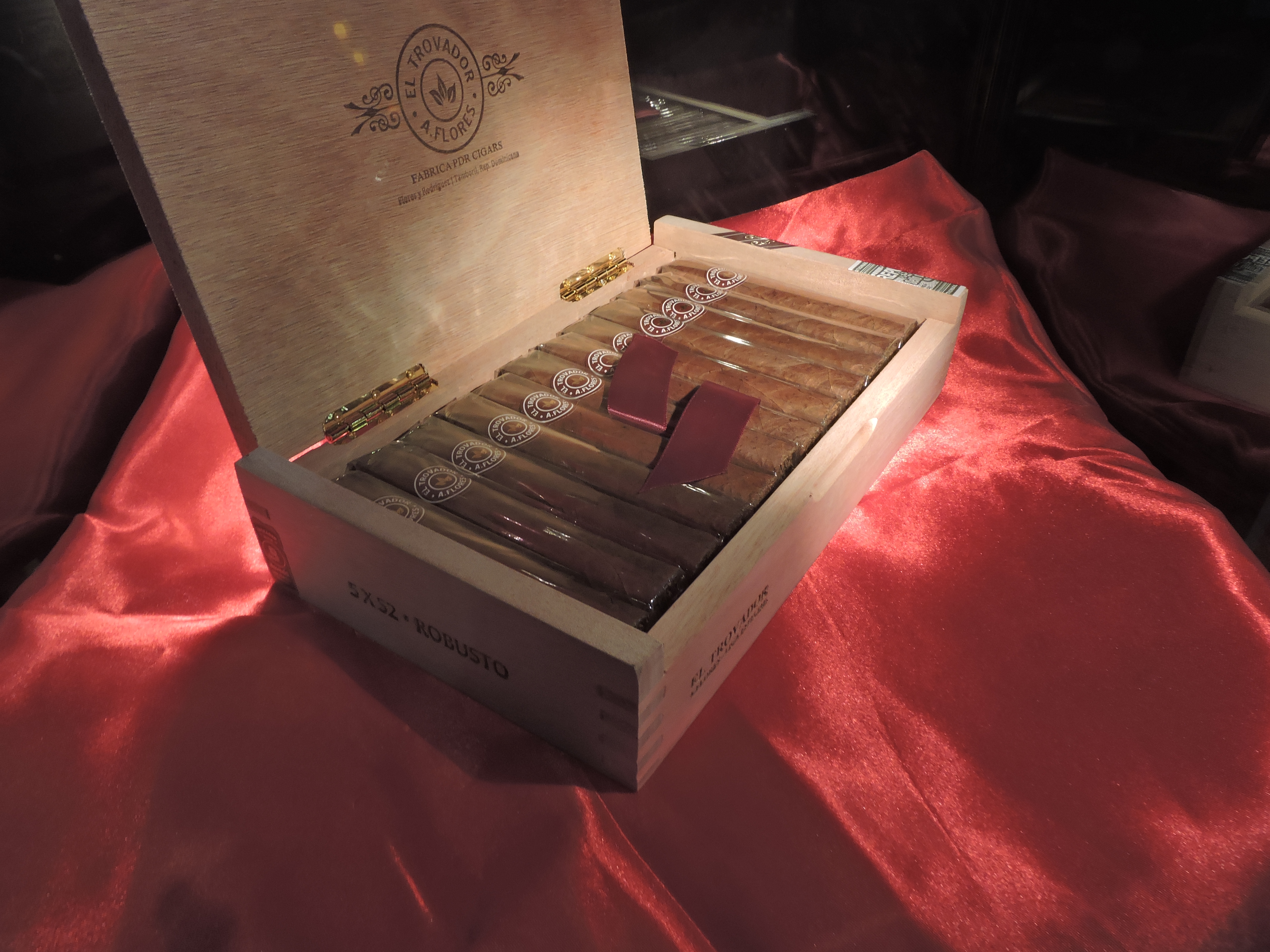 Without further ado, let’s break down the El Trovador Gran Toro and see what this cigar brings to the table.

El Trovador is highlighted by an Ecuadorian Rosado wrapper and the use of a double binder. There is also a strong Nicaraguan tobacco influence in the blend. In addition to making up the filler, a Nicaraguan leaf is used as one of the two binders. As with all PDR Cigars, they are produced at Flores’ PDR Cigars’ Factory in Tamboril, Dominican Republic.

The Ecuadorian Rosado wrapper of the El Trovador Gran Toro has mostly a medium-brown leather color with (of course) a slight rosado tint when the light shines on it. The surface of the wrapper had a decent coating of oil on it. I also found the surface to be smooth. There were some thin visible veins as well as thin visible wrapper seams. This was a firm box-press with no soft spots.

The El Trovador Gran Toro has a brown colored wrapper with white trim. At the center of the band is a gold-colored leaf. Surrounding the leaf are two concentric white circles. Above the inner circle is the text “EL TROVADOR” and below the inner circle is the text “A. FLORES” – both are in white font and arranged in a curved fashion. On the far right side is a gold PDR circle logo – surrounded by a white circle.

Prior to lighting up the El Trovador Gran Toro, I went with usual choice of a straight cut. Once the cap was removed, I commenced with the pre-light draw. The cold draw delivered subtle notes of cedar with (very) subtle notes of raisin sweetness. Overall I considered this to be a satisfactory pre-light draw. At this point I was ready to light up the El Trovador Gran Toro and see what the smoking experience would have in store.

The start to the El Trovador Gran Toro produced notes of dusty earth and natural tobacco. In the background I picked up a mix of cedar and raisin.  I found the cedar and raisin notes to deliver some balance to the flavors in the forefront. Meanwhile the retro-hale produced an additional layer of cedar.

As the El Trovador Gran Toro moved into the second half, I found the cedar notes increased in intensity. The cedar delivered a mix of sweetness and spice. I also found some additional sweetness from the natural tobacco notes. By the last third, I found the cedar and natural tobacco to be the primary flavors with the dusty earth and raisin notes secondary. This is the way the smoking experience of the El Trovador Gran Toro came to a close. The resulting nub was cool in temperature and slightly soft to the touch.

From a burn standpoint, the El Trovador Gran Toro performed quite well. The cigar maintained a straight burn path and had a relatively straight burn line. This was a cigar that was not in need of frequent touch-ups. The resulting ash had a salt and pepper color scheme to it. This wasn’t an overly firm ash, but it was not a loose flaky ash either. The burn rate and burn temperature were both ideal. 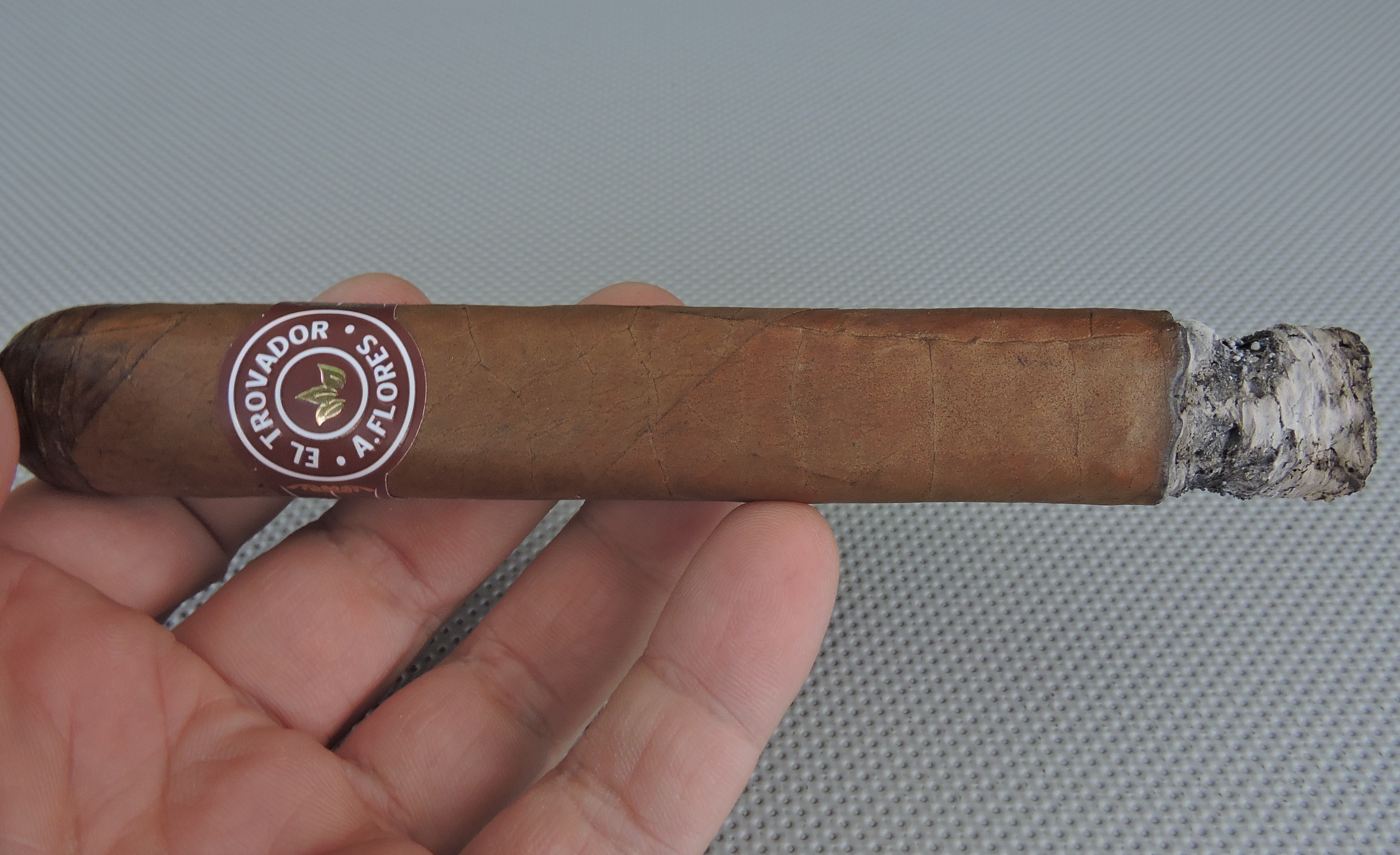 In terms of both strength and body, I found the El Trovador Gran Toro started out on the upper end of mild to medium. Both the strength and body gradually increase and by the second third, this cigar was in medium territory. I found both attributes started to level off and keeping the El Trovador Gran Toro in medium strength, medium-bodied territory.

In terms of strength versus body, I found both balanced each other nicely on the El Trovador Gran Toro with neither overshadowing the other.

As mentioned earlier, El Trovador is a less flashy PDR offering in terms of packaging. At the same time, I did find the packaging of the El Trovador to have some charm. In a lot of ways, this reflects the smoking experience of El Trovador. The El Trovador is not an overly complex cigar, nor is it a full strength / full-bodied smoke. Instead, I found this cigar to be somewhat of a throwback cigar. It’s delivers a simple medium strength, medium-bodied profile and that was still enough to satisfy me. This is a cigar I could recommend to a novice or experienced cigar enthusiast. As for myself, this is a cigar I would smoke again – and it’s certainly worthy of a fiver.