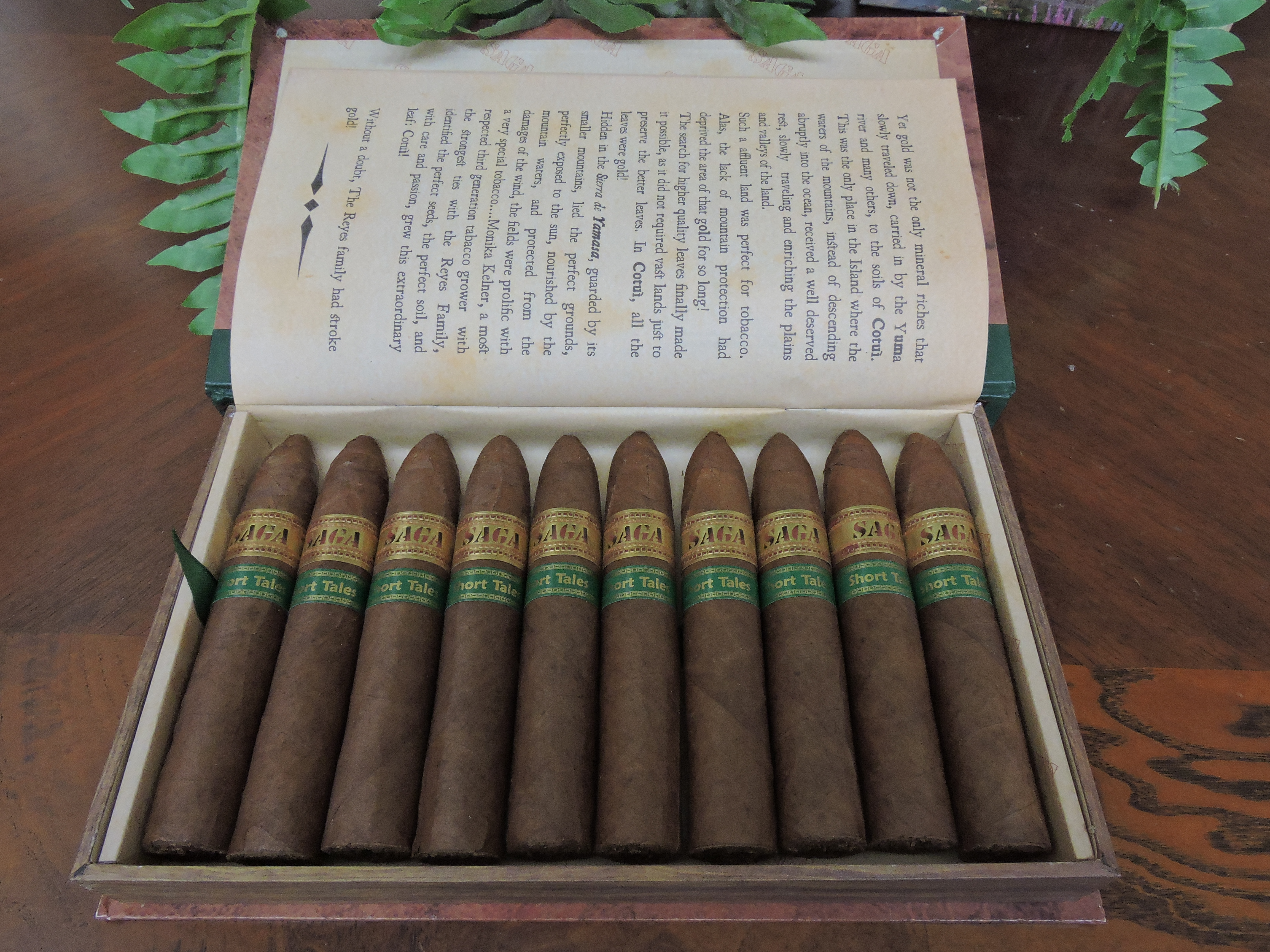 De Los Reyes Cigars has released its second installment of its Saga Short Tales Series. This one is dubbed “Tomo 2: Tales of the Land: Cotui ” – and its a very different release than the first installment.

Saga Short Tales is a series of short smokes, but each of the installments have a particular theme to it. The first installment, Tomo (Volume) 1 was called “Tales of High Priming” and it focused on a blend built around high priming tobaccos.  For Tomo 2, “Tales of the Land: Cotui ” builds a blend using a never-before used wrapper grown in the Cotui region of the Dominican Republic.

Cotui is a region in the Dominican Republic located about 60 miles Southeast of Santiago. The region is known for its gold mining as well as farming. In the region, the Reyes family worked with Monika Kelner, the daughter of Henke Kelner to produce the wrapper.

In addition to the Dominicna-grown Cotui wrapper, the blend incorporates an Indonesian binder and combination of Dominican and North American tobaccos for the filler. Tales from the Land of Cotui is available in one size – a 5 x 54 belicoso.

The blend is also different. While Tales of High Priming was intended to deliver a full strength, full-bodied cigar, De Los Reyes describes Tales of the Land: Cotui  as being a “medium plus” cigar.

Tales from the Land of Cotui keeps to the book-style packaging introduced with Tales of High Priming.

At a glance, here is a look at Saga Short Tales – Tales of the Land: Cotui :

Saga Short Tales – Tales of the Land: Cotui is available in one size – a 5 x 54 belicoso.