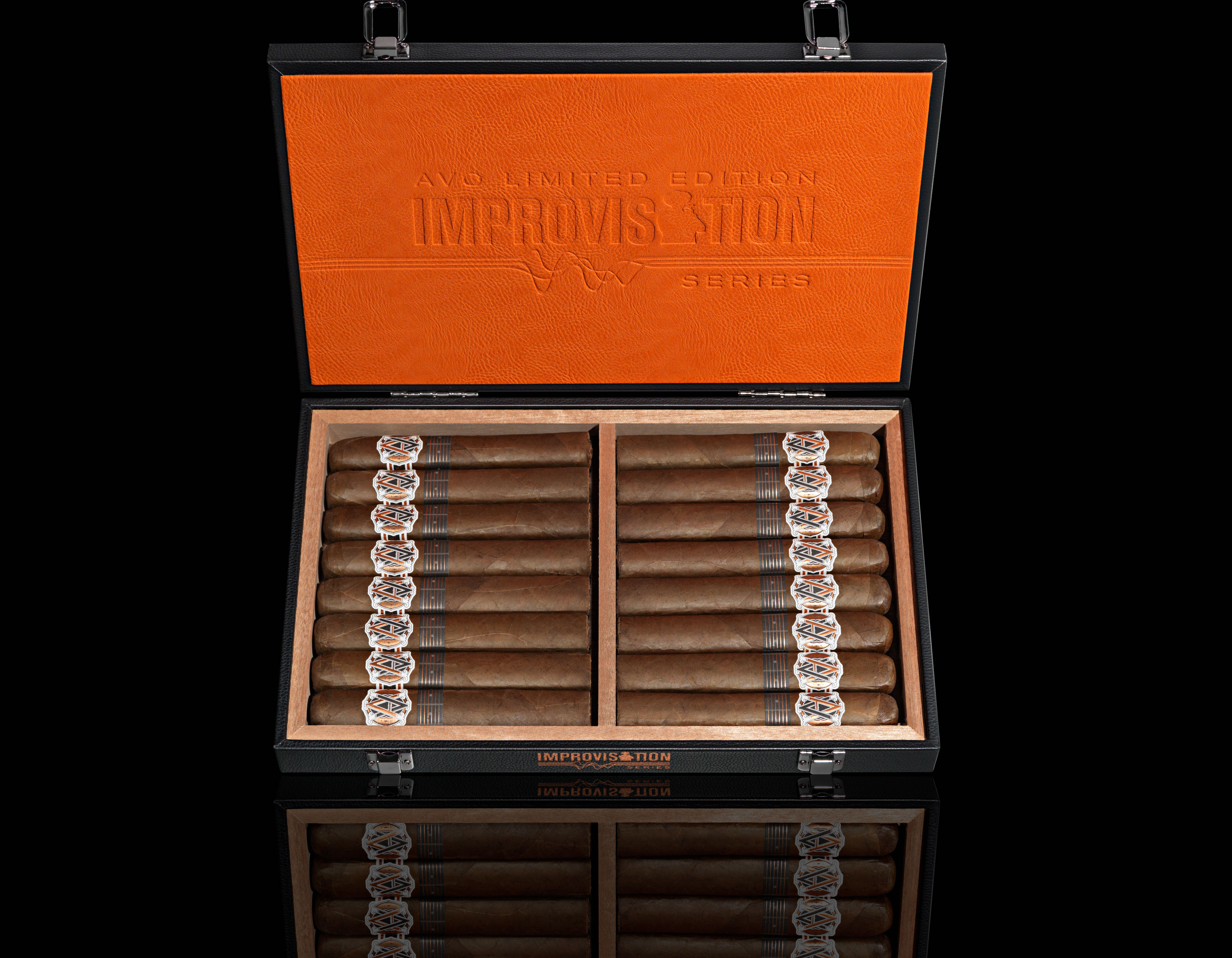 The Avo Improvisation Series was introduced in 2015 and would replace the annual limited edition series introduced in the AVO brand back in 2001. The concept behind this series is to draw inspirations from previous Avo releases to create a whole new cigar. The concept is similar to the relationship of a cover song to an original song. The first four installments were under the “Classic Covers” banner as each used tobaccos from a previous Avo release: Volume 1 covered the Avo Classic Blend, Volume 2 covered the Avo Heritage, Volume 3 covered the AVO XO, and Volume 4 covered the AVO Domaine.

The packaging for the AVO Improvisation LE17 was inspired by a retro-style guitar case featuring a full black leather exterior with an orange leather interior lid and dual silver clasps. 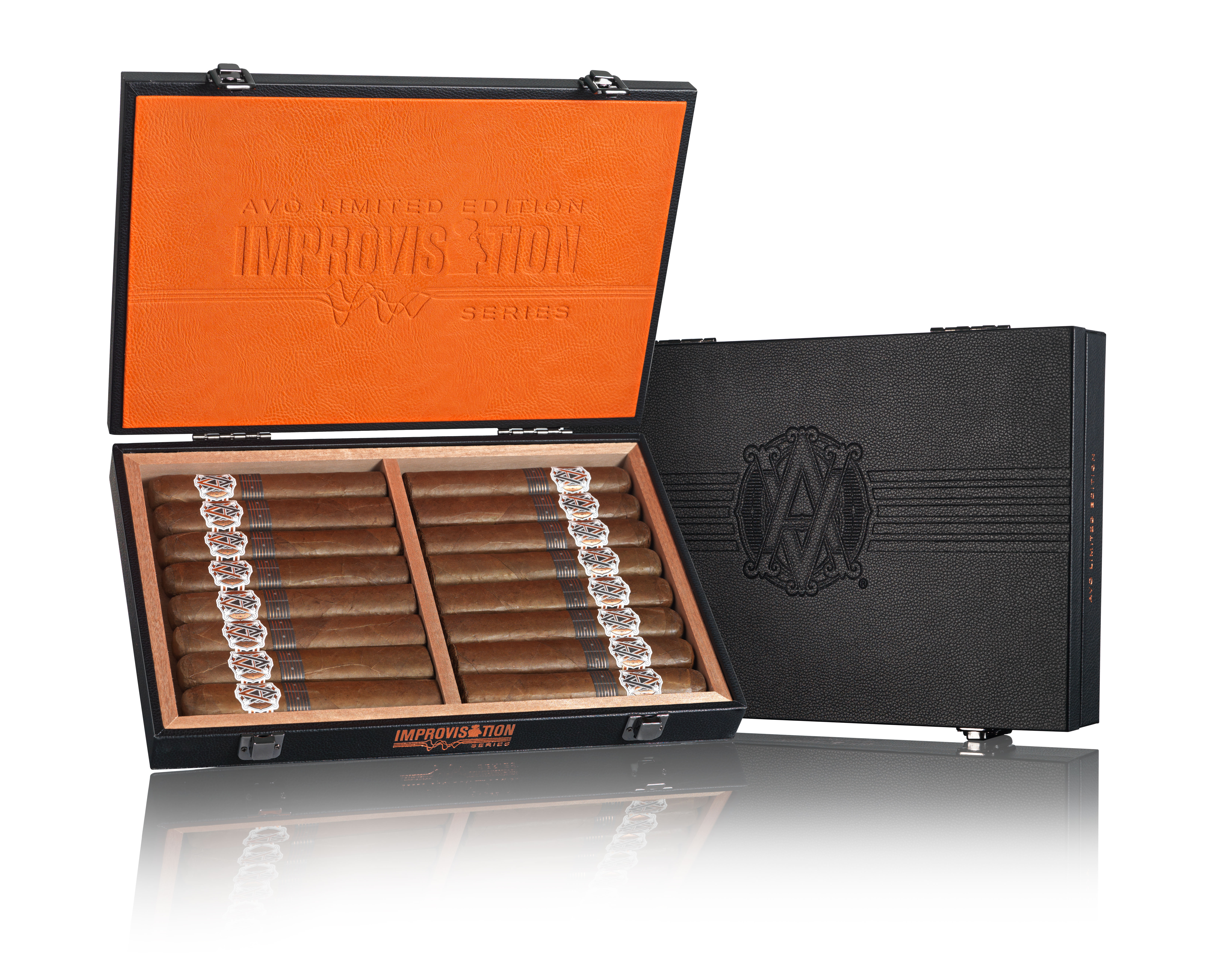 .
“When developing the fifth AVO Improvisation blend, I wanted to use the foundation of my fifth AVO Limited Edition ever released, the celebrated AVO LE05, to see if we could craft something extra special,” commented brand Ambassador Avo Uvezian in a press release. “When we blended in filler tobacco from Esteli, my palate immediately began to dance with the many flavor notes. The combination worked so well together that a 60-ring gauge format was the proper way to fully showcase this wonderful arrangement, finished in a flawless box pressed shape.”

Other than 2013’s AVO Movement for the Tobacconist Association of America, this is the first AVO limited edition to be box-pressed.

A widespread release is set to begin in the U.S. market on March 22nd – which happens to be Uvezian’s 91st birthday. A worldwide release will follow.

At a glance, here is a look at the AVO Improvisation LE17: