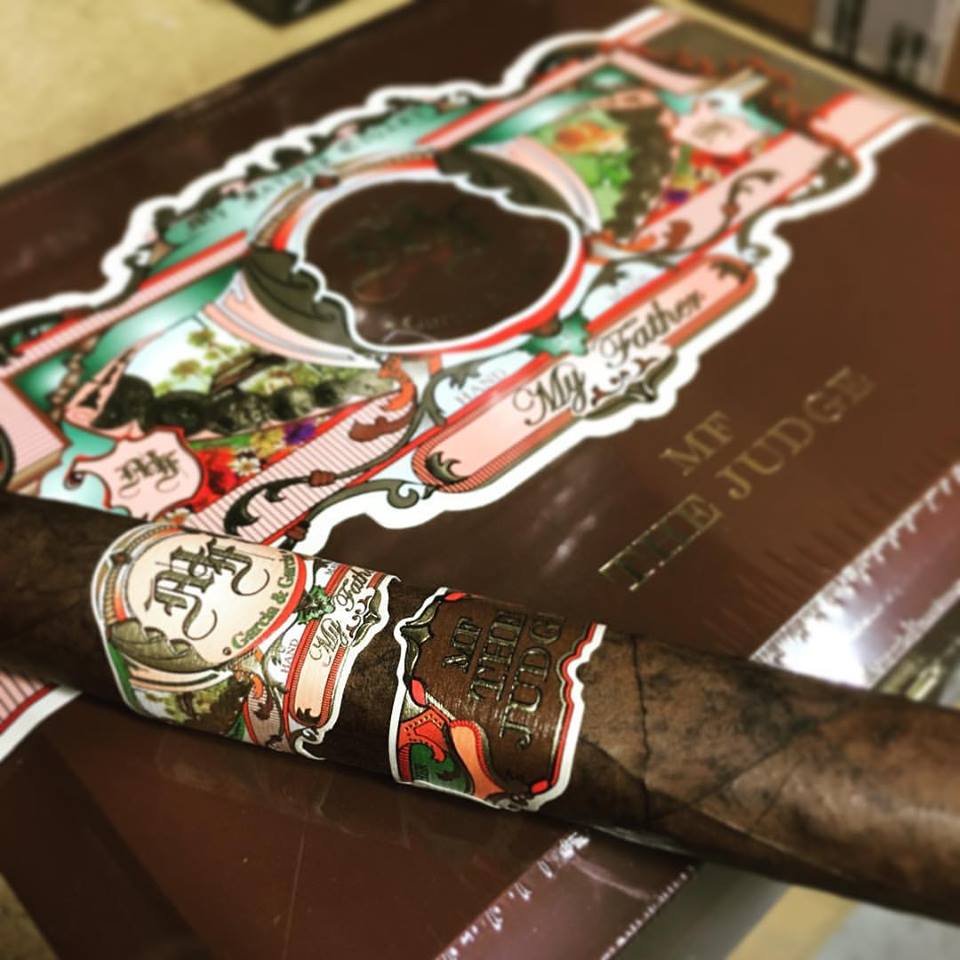 A third size to My Father Cigars The Judge line has been launched. Several retailers have received shipment of the new 6 x 52 Toro Fino size of The Judge – the smallest ring gauge of the line to date.

The Judge was released late last year. The blend features a dark Sumatra Oscuro wrapper over Nicaraguan tobaccos from the Garcia family farms. This includes a double binder and three different fillers. The Judge was has previously been offered in two box-pressed sizes – Toro (6 x 56) and Grand Robusto (5 x 60). Like the previous two sizes, the Toro Fino is also a box-pressed offering and is packaged in 23 count boxes.