Cigar News: My Father The Judge Heading to Stores 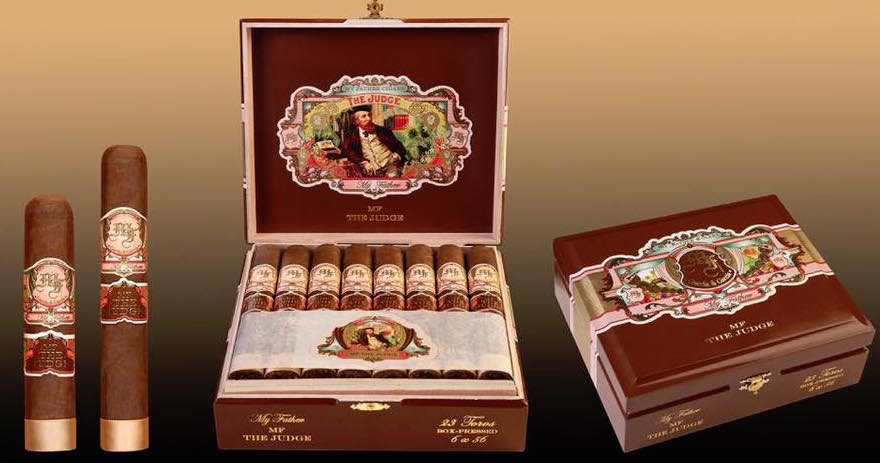 My Father Judge features a dark Sumatra Oscuro wrapper over Nicaraguan tobaccos from the Garcia family farms. This includes a double binder and three different fillers. The cigars are being offered in two box-pressed sizes (Toro and Grand Robusto). The cigars are packaged in 23 count boxes.