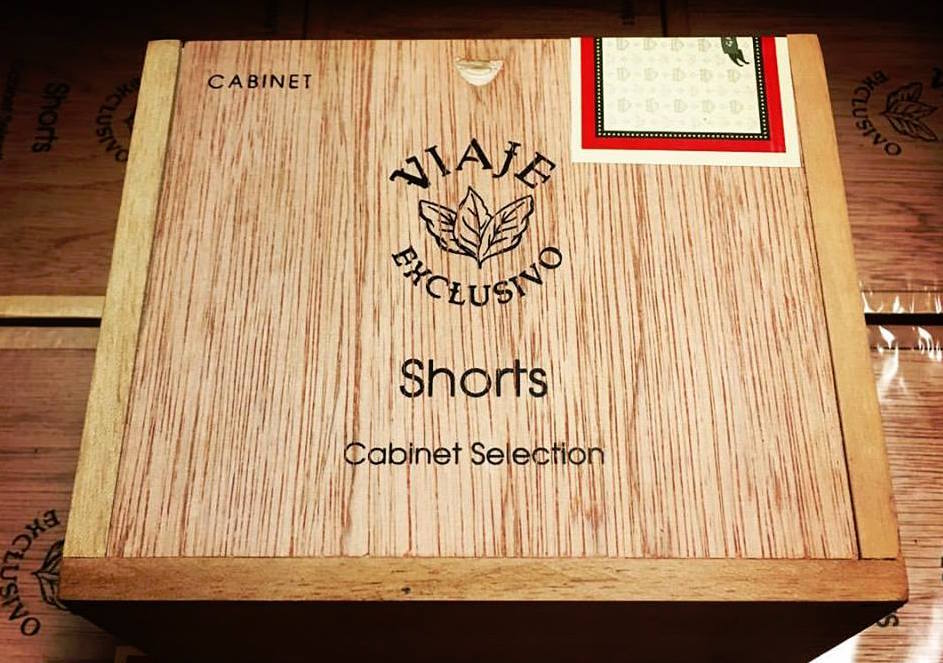 It’s a blast from the past for Viaje Cigars. This past week the company announced the return of the Viaje Exclusivo Shorts – a vitola that has not been shipped in the past six years.

Viaje Exclusivo Shorts is based off a blend that originally started out as a personal blend for company founder Andre Farkas. The line is a Nicaraguan puro highlighted by a Criollo wrapper. While the company has introduced four (three U.S.) regular production sizes, it still has maintained many sizes as part of its small batch model – by which the Shorts is one of them.

Shorts was originally released as a 4 1/4 x 42 petite corona size of the Exclusivo blend. As in the past it will be packaged in fifty count cabinet boxes. The cigars are expected to be available later this month.