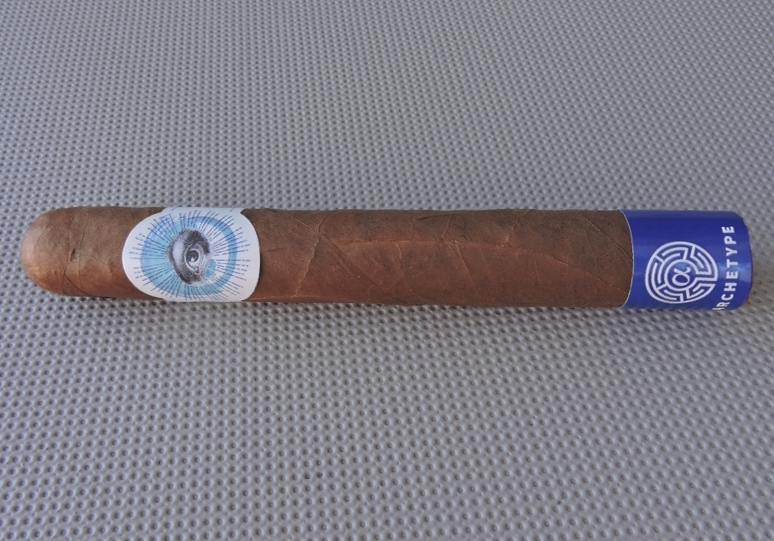 The Archetype Sage Advice is one of five blends that make up Ventura Cigar Company’s Archetype line. Ventura Cigar Company is premium cigar company owned by Kretek International, who also is the owner of cigar distributor Philips and King. Over the past five years, Ventura has partnered with many leading cigar factories such as Plasenica, La Aurora, and Davidoff to produce its brands. For the Archetype brand, the company once again has partnered with Davidoff and has introduced a new manufacturing partner in Drew Estate. Today we take a look at the Archetype Sage Advice in the Toro size. Sage Advice is one of the blends being produced at Davidoff. A few months ago, I had smoked the Archetype Dreamstate Toro and was highly impressed. With Sage Advice, Ventura takes this to the next level and this was another home run for the company.

When the Archetype brand was launched, Ventura Cigar Company Chief Marketing Officer Jason Carignan provided some context on the concept for this brand.

Without further ado, let’s break down the Archetype Sage Advice Toro and see what this cigar brings to the table.

The Archetype Sage Advice is available in three sizes. Each are packaged in 20 count boxes. 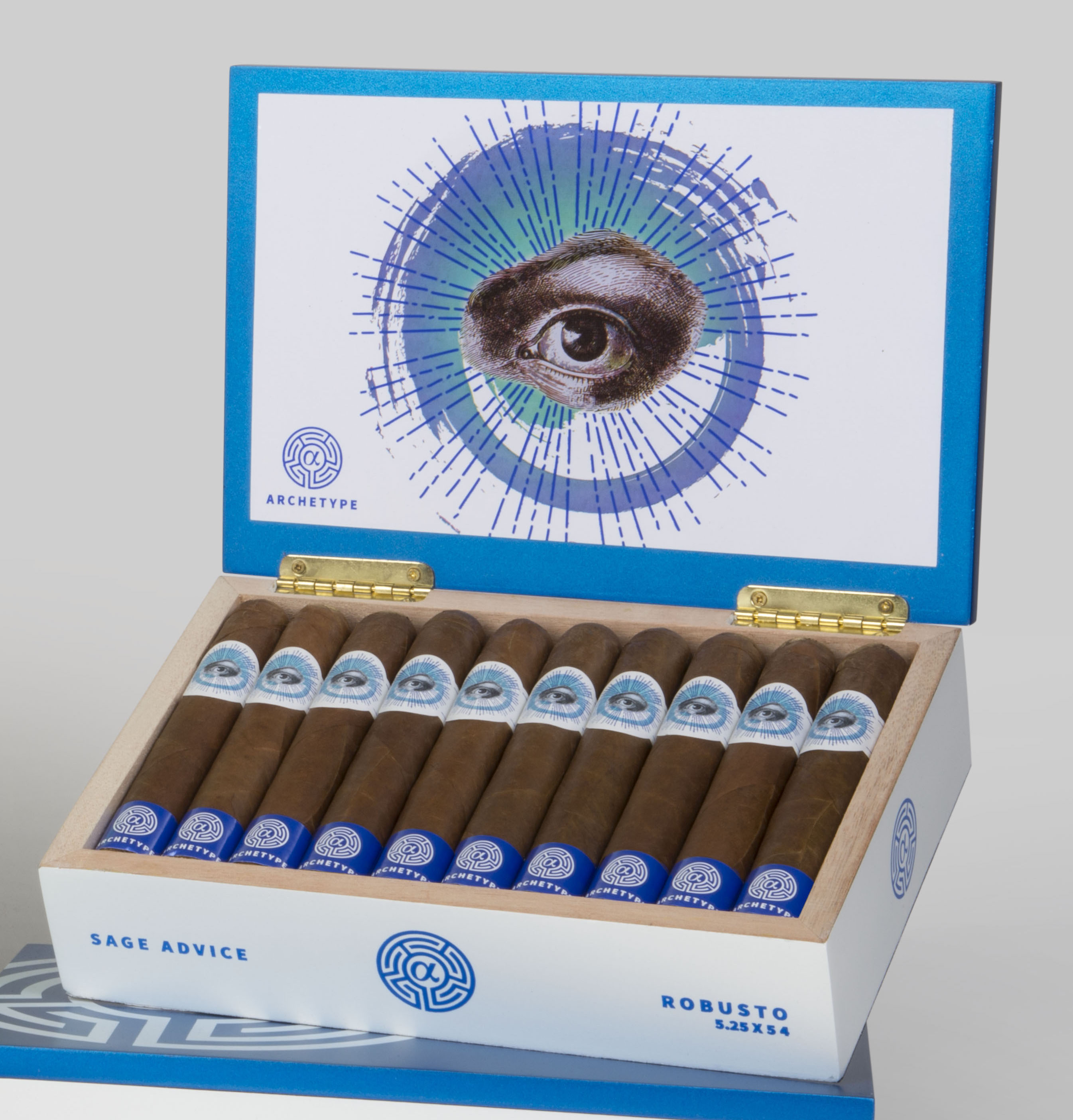 There are two bands not he Archetype Sage Advice. The primary band has a white background and features a black and white image of an eye (which is slightly reminiscent of the Eye of Providence). Surrounding the eye is blue trim and blue rays. The left side of the band features the text “ARCHETYPE” while the right side features the text “SAGE ADVICE” – both in a black font.

There is a secondary band around the footer that has a royal blue color. It features a white colored labyrinth design on it. Below the design is the text “ARCHETYPE” in white font.

Prior to lighting up the Archetype Sage Advice Toro, I went with my usual choice of a straight cut to remove the cap. Once the cap was clipped, I moved on to the pre-light draw. The dry draw delivered a mix of sweet natural tobacco and earth. Overall I considered this to be an satisfactory pre-light draw. At this point I was ready to light up the Sage Advice Toro and await what the smoking phase would bring to the table.

The second third saw the herbal notes have a slight edge over the natural tobacco. There were still grass and white pepper notes in the background. I also still detected the nougat sweetness on the after-draw, but overall I found the sweetness level of the Sage Advice Toro was slowly diminishing. By the latter part of the second third, the pepper notes started to move toward the forefront.

The last third of the Sage Advice Toro saw the combination of the natural tobacco, herbal, and pepper notes in control. The sweetness level was much more on the subtle side at this point. This is the way the cigar experience of the Sage Advice Toro came to a close. The resulting nub was cool in temperature and firm to the touch.

For the most part, the Sage Advice Toro maintained a relatively straight burn path from start to finish. There were a couple of points where there was a slight meandering of the burn, but this was easily remedied with some touch-ups. I didn’t consider the amount of touch-ups to be excessive for this cigar. The resulting ash had a salt and pepper color. This wasn’t an overly firm ash, but it was not a loose or flakey ash either. Meanwhile the burn rate and burn temperature were both ideal. 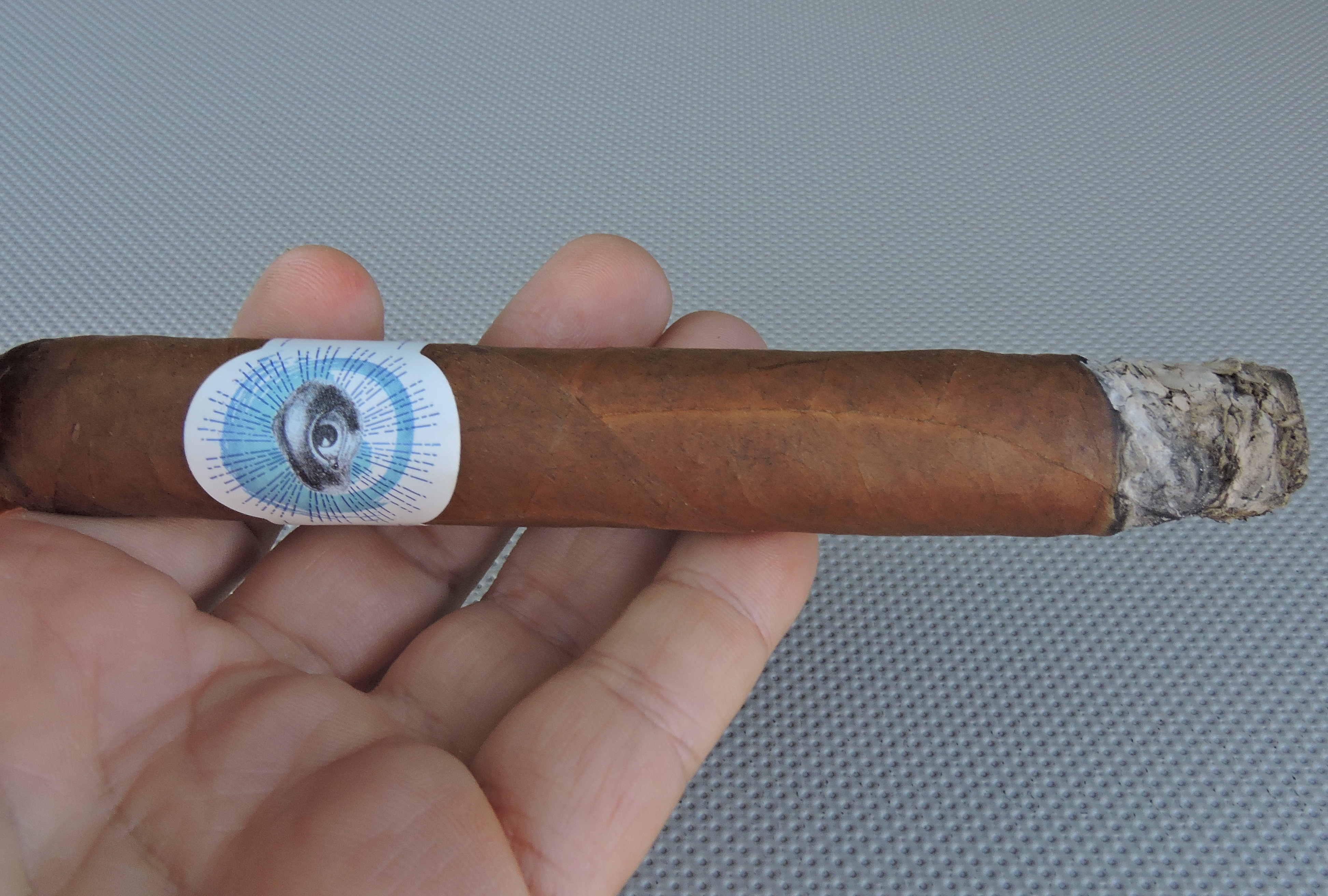 Burn of the Sage Advice Toro

The draw to the Sage Advice Toro performed quite well. This was a draw that wasn’t overly tight, nor was it loose or open either. Overall, this was a low maintenance cigar to derive flavor frm.

In terms of strength versus body, I found for the most part the body had a slight edge throughout the smoking experience.

As mentioned up front, when it comes to the Sage Advice Toro, Ventura Cigar Company has taken its game to another level. Ventura has delivered some excellent cigars to market, but this one easily ranks right at the top. This is an excellent cigar that excels in the area that matters most – flavor. Some of the grassy and herbal notes definitely reminded me that this cigar came from Davidoff, but at the same time – this cigar told its own story. The flavors complemented and balanced each other beautifully in this cigar. With its price point around $12.00, this cigar more than lives up to the price tag – and each time it left me satisfied for wanting to smoke another one right away. This is a cigar I could recommend to an experienced cigar enthusiast or a novice looking for something medium / medium plus. As for myself, it’s a cigar I’d easily smoke again – and it’s a box worthy cigar.