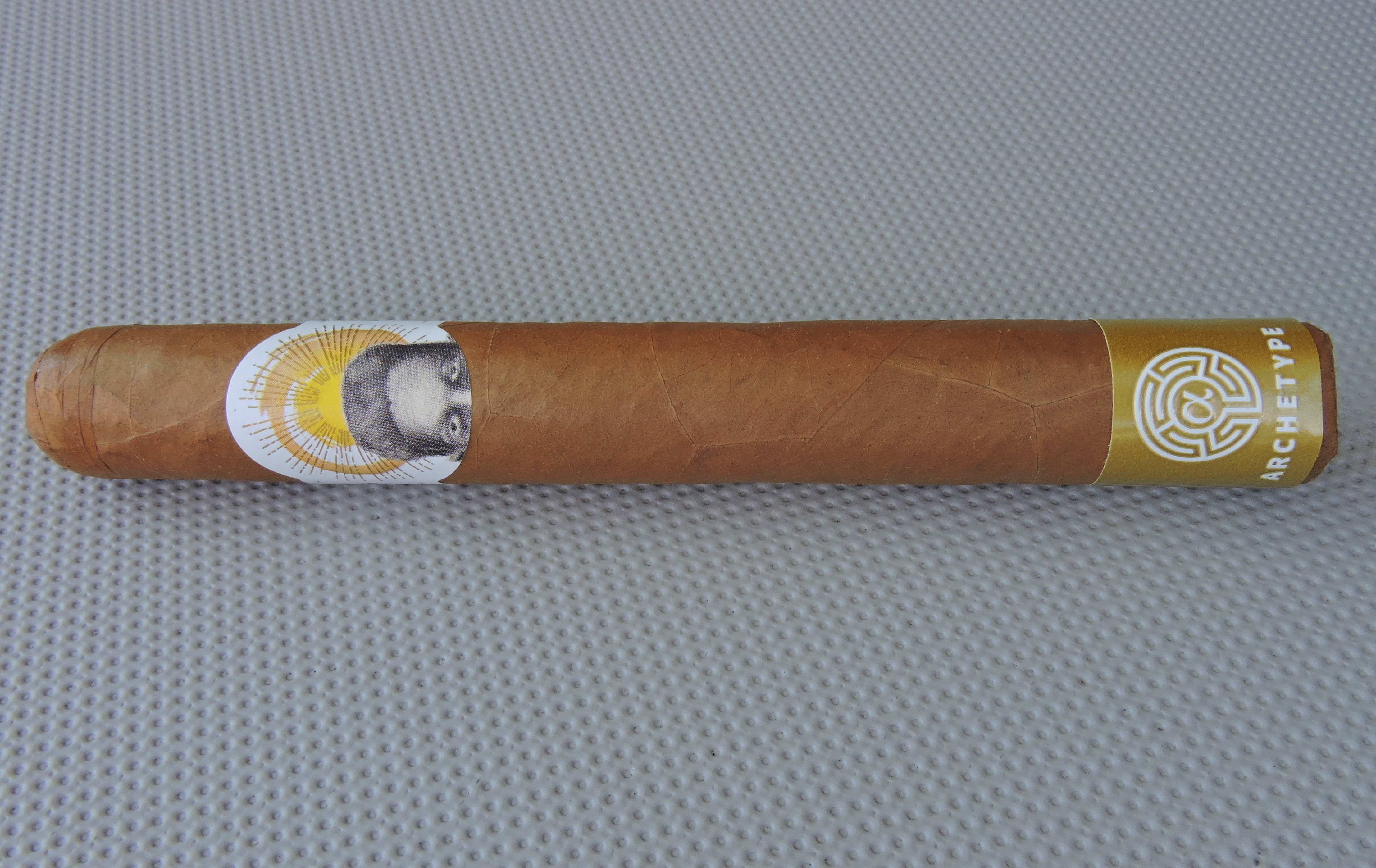 At the 2016 IPCPR Trade Show, Ventura Cigar Company launched an all-new premium cigar line known as Archetype. Ventura Cigar Company is premium cigar company owned by Kretek International. Kretak International also is the owner of cigar distributor Philips and King. Ventura has released such popular brands as Estilo Cubano, Pura Sangre, Project 805, and Psyko Seven. The company has partnered with several leading factories in the past such as La Aurora and Davidoff. For Archetype, the company once again has partnered with Davidoff as well as introduced a new partner in Drew Estate to produce the new brand’s five lines. Today we take a look at the Archetype Dreamstate in the Toro size. Dreamstate is one of the blends being produced at Davidoff. Overall this cigar is a home run for Ventura and is definitely a cigar to be on the look out for.

When the Archetype brand was launched, Ventura Cigar Company Chief Jason Carignan provided some context on the concept for this brand.

Without further ado, let’s break down the Archetype Dreamstate Toro and see what this cigar brings to the table.

Ventura has described the wrapper of the Archetype Dreamstate as “Dominican Connecticut”. Other than the wrapper and the Dominican San Vincente binder, the remainder of the Dreamstate blend has not been disclosed.

The Archetype Dreamstate is available in three sizes. Each are packaged in 20 count boxes. 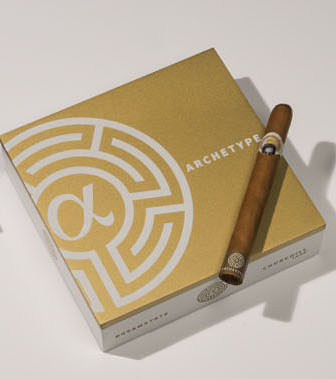 The Dominican Connecticut wrapper of the Archetype Dreamstate Toro had a light golden brown color The surface of the wrapper was smooth with a moderate amount of oil on the surface. The wrapper itself had some thin visible veins, but was void of any significant wrapper seams.

There are two bands not he Archetype Dreamstate. The primary band has a white background and features a black and white head that is “peeking up” from the lower portion of the band. Above the head is a golden image giving the impression of a “bright idea”. The left side of the band features the text “ARCHETYPE” while the right side features the text “DREAMSTATE” – both in a light colored font.

There is a secondary band around the footer that has a dark gold color. It features a white colored labyrinth design on it. Below the design is the text “ARCHETYPE” in white font.

As I normally do, I commenced my smoking experience of the Archetype Dreamstate Toro with a straight cut. After removing the cap, I moved on to the pre-light draw phase. The dry draw delivered a mix of natural tobacco and wood notes. In addition, there was almost a subtle raw honey note that I was able to pick up. Overall I was quite pleased with the pre-light draw of this cigar. At the point I removed the footer band of my Dreamstate Toro, lit up the foot of the cigar and awaited what the smoking phase would deliver.

The Archetype Dreamstate Toro started out with a combination of natural tobacco and cedar notes. This was soon followed up by a toast-like note. The toast and cedar notes became primary early on. The natural tobacco notes moved into the background and were soon joined by a slight white pepper note. From the onset, the flavor profile also exhibited a smooth creamy undertone. Meanwhile the retro-hale delivered a mix of white and black pepper.

During the first third, the cedar and toast notes alternated in intensity as the primary notes. The natural tobacco remained in the background providing the right amount of sweetness. The after-draw still had some lingering white pepper as well as some extra cedar notes. Throughout this stage, the creamy undertone remained.

The second third of the Dreamstate Toro saw the cedar notes remain grounded in the forefront. The toast notes became less prominent in the forefront while at the saem time, the natural tobacco notes became more prominent. Both the white pepper on the after-draw and the creamy undertone diminished significantly.

By the last third, the cedar notes remained the primary note. What was interesting is that the cedar notes were not overly sharp. There still was a touch of natural tobacco in the background and there was still a slight creamy undertone. The pepper and toast notes had pretty much dissipated. This is the way the Dreamstate Toro came to a close. The resulting nub was firm to the touch and cool in temperature.

Overall I found the Archetype Dreamstate Toro scored nicely on the burn. The burn path was straight from start to finish. The actual burn line itself had a slight curvature to it, but this was moe cosmetic than problematic. I didn’t find the Dreamstate Toro to be a cigar that required excessive touch-ups. The resulting ash had a silver-gray color with some darker speckling mixed in. This was a firm ash and one that came off the cigar in clean chunks. As for the burn temperature and burn rate, both were ideal. 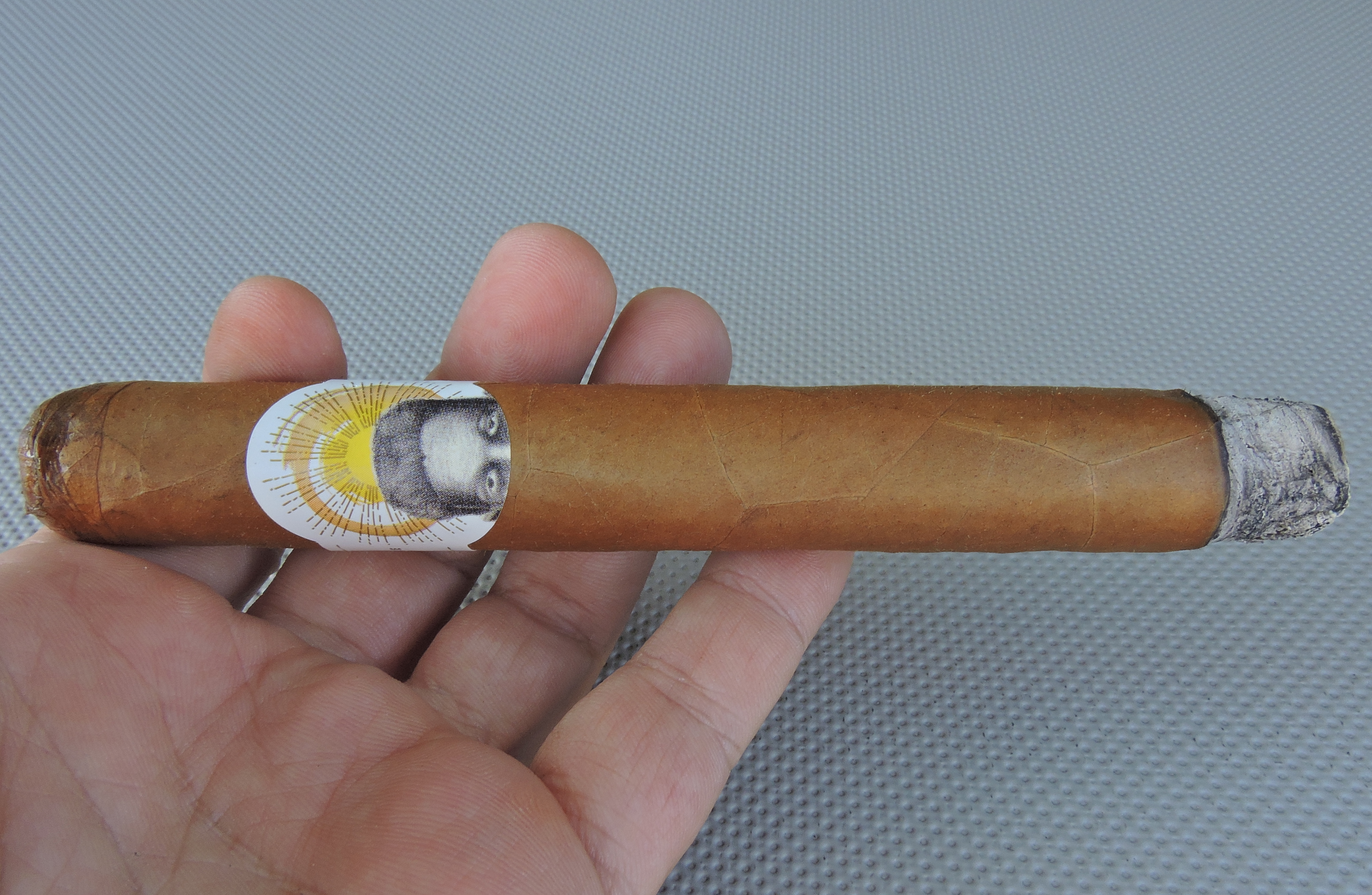 Burn of the Archetype Dreamstate Toro

The draw to the Dreamstate Toro was solid. It was not too tight, nor was it too loose. I found this cigar to have a low maintenance draw and this made it very easy to derive flavor from.

As for strength versus body, I gave the edge to the body throughout the smoking experience.

The Archetype Dreamstate Toro was a very impressive cigar. One thing that I found works in favor with this cigar is the milder profile of this cigar as it allows some of the other flavors to shine. In particular I think if there was more body with this cigar, I don’t think I would have enjoyed it as much. While this is the type of cigar that can be enjoyed at any time, it is the type of cigar where you will get the most out of it smoking it undistracted.  This is a cigar that I could easily recommend to a novice or an experienced cigar enthusiast looking for a milder, yet flavorful cigar. As for myself, this is a cigar I would easily reach for again – and it’s a box worthy cigar.