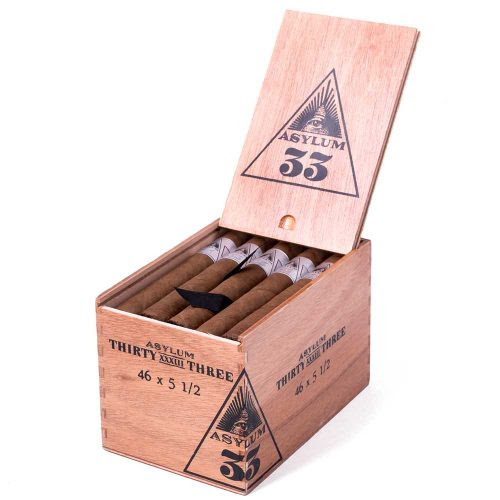 The Asylum 33, a limited edition project launched in 2015 is making a return, and it will be at Binny’s Beverage Depot in Illinois.

The Asylum 33 was a Honduran puro. The tobaccos tobaccos used in the blend were some of the best aged tobaccos that Asylum brand owner Christian Eiroa and Tom Lazuka could procure. There originally plans for subsequent releases of the Asylum 33, but that never materialized.

Binny’s is a chain of 35 retail outlet stores in Illinois.  The cigars will be available at the retail stores or at Binny’s Web Site.