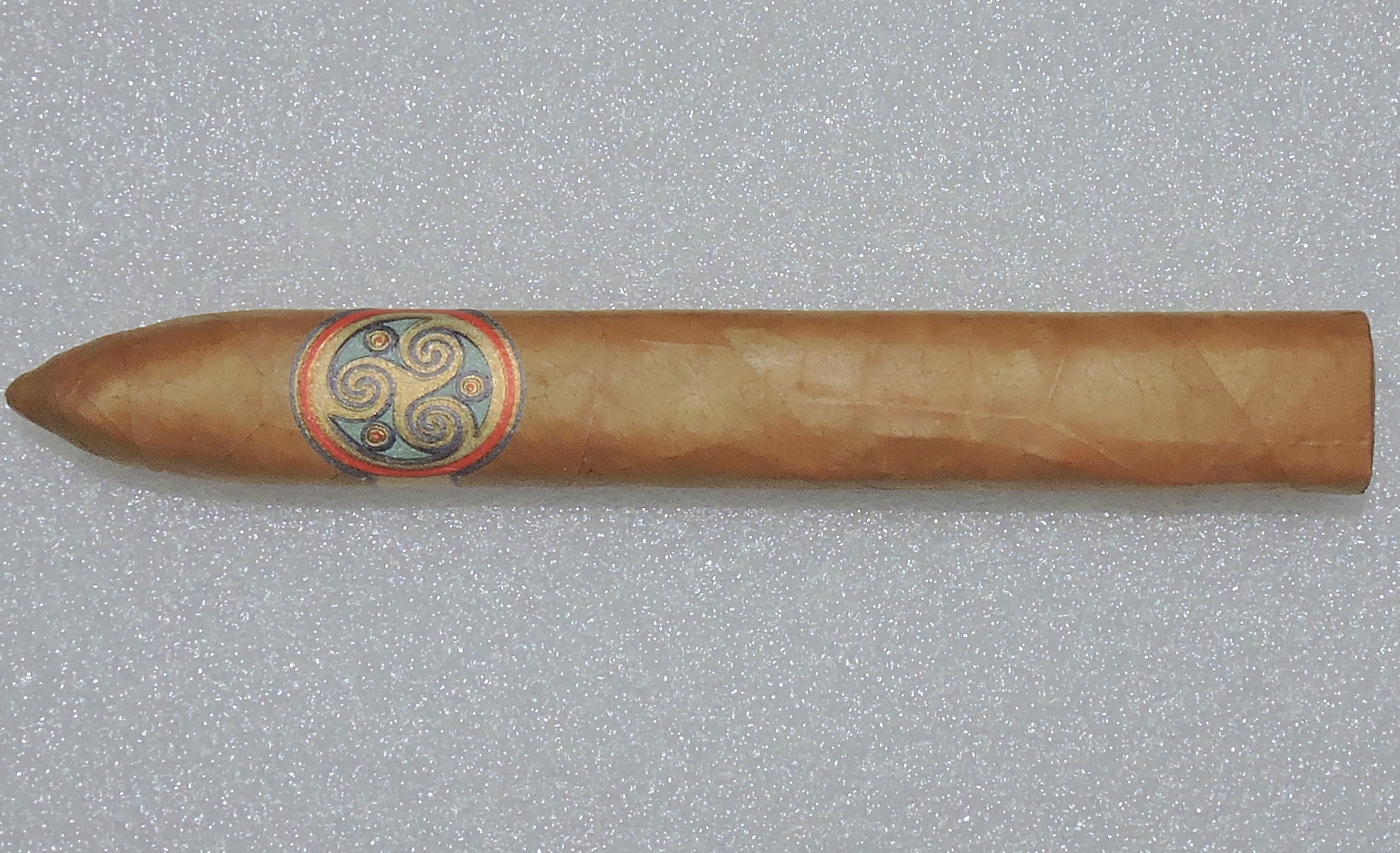 Prior to the 2016 IPCPR Trade Show, Bombay Tobak, the maker of the MBombay brand of cigars announced an all-new brand known as Gaaja (pronounced : Gaa-ya). Released originally in a Toro, the Gaaja would be the first box pressed offering from Bombay Tobak. From a tobacco standpoint, a unique feature of this cigar is that it uses tobaccos from Paraguay, a country not known for producing tobacco for premium hand-rolled cigars. Fast-forward a few weeks to the 2016 IPCPR Trade Show, and Bombay Tobak owner Mel Shah had more plans for Gaaja. He would unveil a Box Press Torpedo to the existing (natural) line and add a Maduro counterpart. Today we take a closer look at the Gaaja Torpedo. The Gaaja Toro made a big impression on me last year. With the Gaaja Toro, things do not disappoint.

As for the name Gaaja, it traces back on the Sanskrit name “Gaja” (pronounced guy) which means elephant. Gaaja was a project that Shah worked on for four years – and one where he took a slow and patient process to develop the cigars in the brand, thus the connection with the elephant.

Without further ado, let’s take a closer look at the Gaaja Torpedo and see what the cigar brings to the table.

The hybrid wrapper is a combination of a Connecticut Seed crossed with Cameroon grown in Ecuador using the Desflorado technique. This is a technique that involves removing the tobacco flower resulting in nutrients being passing to the leaves; which in turn results in more flavor. There were three vintages of the wrapper produced. Vintages from 2002 and 2003 were considered until finally the 2004 vintage was selection.

The Paraguayan viso is definitely something different. For the most part, Paraguayan tobacco is used in cigarettes. The flavor imparts of an herbal note with less spice.

Like the Toro, the wrapper of the Gaaja Torpedo is exquisite. It is a very smooth wrapper with a light brown color to it. There was a light amount of oil on the surface that enhances the color a little more. There were a couple of thin visible veins and any wrapper seams are on the thin side. The box-press is firm with no soft spots.

As I do with all figurado cigars, I went with a straight cut to remove the tip of the Gaaja Torpedo. It is now standard practice for me to use my Credo Special T cutter with the 36 ring gauge hole to get an ideal cut of a figurado. This allows me to get a smaller ring gauge cut an to take advantage of the tapering of this cigar. I then proceeded with the pre-light draw. The dry draw delivered a mix of cream, floral, and a subtle cedar note. Overall I considered the pre-light draw of this cigar to be satisfactory. At this point I was ready to light up the Gaaja Torpedo and see what the smoking phase would have in store.

The start to the Gaaja Torpedo had a mix of herbal, fruit, cream, and generic wood notes. The herbal, fruit, and cream notes quickly moved into the forefront. The wood notes settled into the background and quickly took on a more multi-dimensional quality as it transitioned into a cedar note. While some of these notes might seem a bit exotic, this is a cigar that very much had a “tobacco taste” as well. Meanwhile the retro-hale delivered an additional layer of black pepper, herbal, and cedar notes.

During the first third, the fruit, herbal, and cream notes remained in the forefront. While there was a creamy texture on the Toro, I found it to be more prominent on the Torpedo. At times, I also detected a slight amount of white pepper on the tongue as well.

As the Gaaja Torpedo moved into the second third, the herbal notes became more prominent and the fruit notes diminished into the background. Simultaneously, there was a gradual increase in the spices – in particular the cedar spices. The creamy texture in the forefront was still present, but it had also diminished slightly.

The last third saw the herbal and cedar notes primary. I still detected a touch of pepper in the background as well as a slight mineral note in the background Meanwhile, most of the fruit and creamy notes were no longer present. This is the way the Gaaja Torpedo came to a close. The resulting nub was firm to the touch and cool in temperature.

The burn of the Gaaja Torpedo maintained a straight burn path from start to finish. There was a slight amount of jaggedness along the burn line, but this was a burn that stayed on track and wasn’t in danger of meandering. The resulting ash had a salt and pepper color. This ash wasn’t overly tight, but it wasn’t loose or flakey either  Meanwhile the burn rate and burn temperature were both ideal. 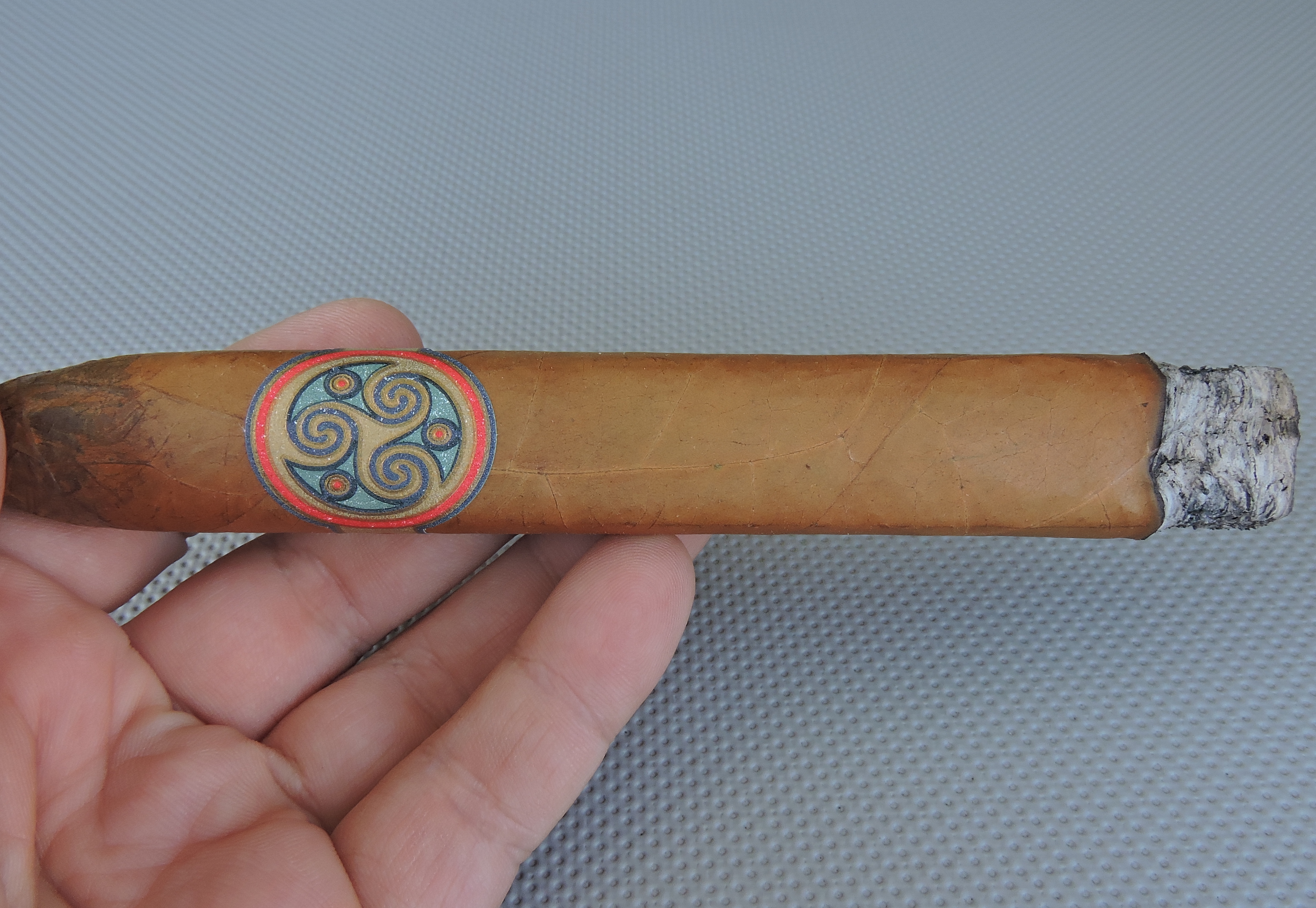 Burn of the Gaaja Torpedo

The draw to the Gaaja Torpedo also performed quite well. I didn’t it too tight, nor too loose. However I did like how the draw of this box pressed wasn’t loose. I also found the torpedo tip held up well during the smoking experience.

I did find the Torpedo to be slightly stronger and fuller than than Toro. It wasn’t a huge gap, but it was still enough for me to notice.

When it comes to different vitolas, size and shape matter. Last year, my experiences were extremely high with the Gaaja Box Press Toro, so I was unsure what the Gaaja Torpedo would bring to the table. The good news is the Toro brings an equally impressive. Even better is the Torpedo brings its own qualities to the table including a more refined sweetness, a smoother / creamier smoke and some extra strength and body. Like the Toro, I think the Paraguayan tobacco adds an “X” factor to this cigar’s unique flavor profile.

As I said with the Gaaja Toro, the Gaaja Torpedo is the  type of cigar that you want to smoke uninterrupted to get the most out of it. It’s a cigar I could recommend to either a novice or experienced cigar enthusiast. As for myself, it’s one I would smoke again and one that earns the prestigious Chuck Norris rating.