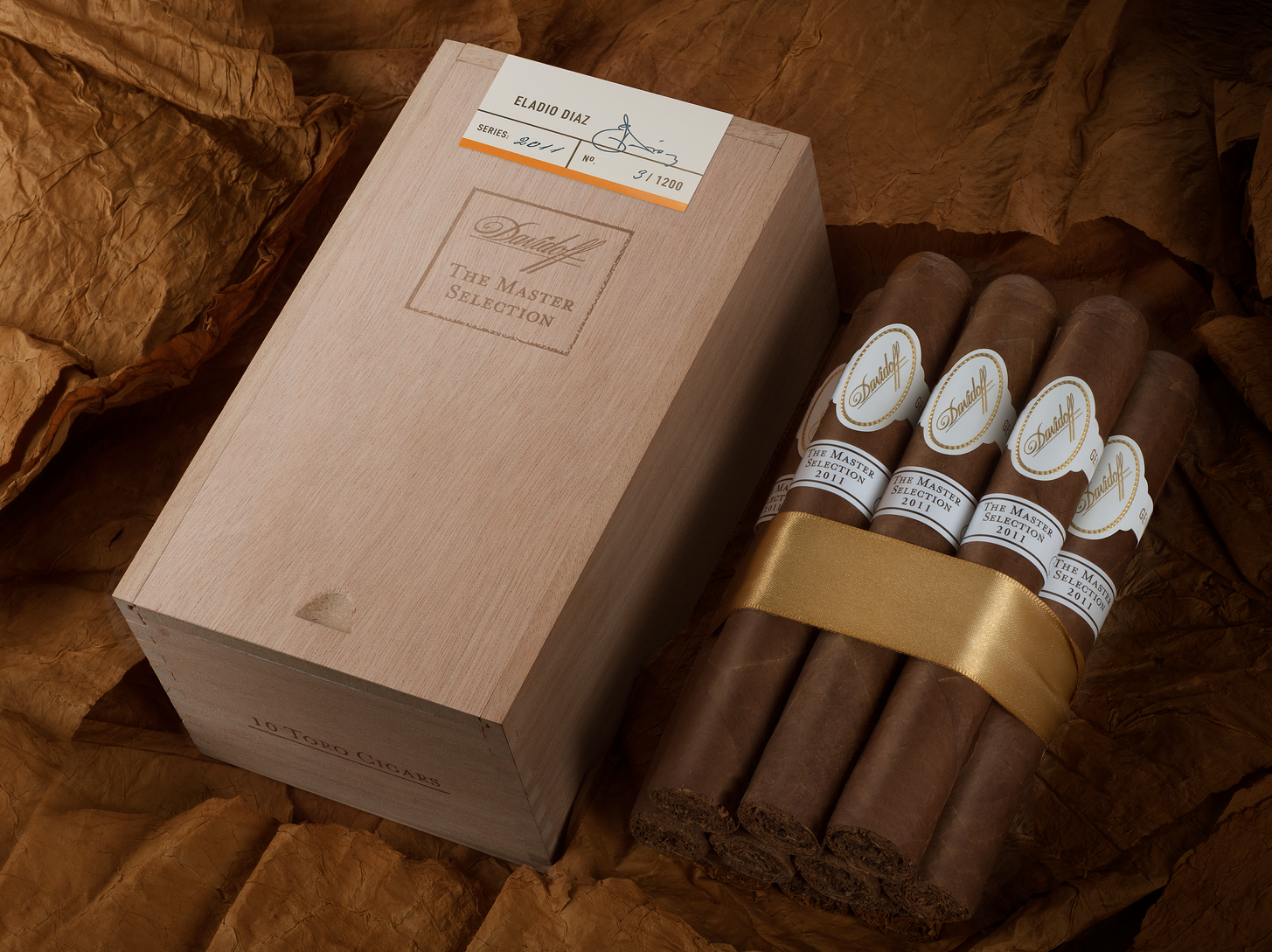 Davidoff Cigars has announced its new Master Selection Series. It’s a series of six personal blends created by Davidoff Master Blender Eladio Diaz that each celebrate one of his birthdays.

“These Master Selection Series cigars have been crafted by our Head Master Blender, Eladio Diaz, to satisfy the most demanding cigar aficionado in the world – himself. His agreement to release a few of these six very personal and delightful blends that he has been creating to mark his very own birthdays is a treat for Davidoff. These are simply the finest cigars, worthy of the most special of occasions: time superbly filled for those who have the chance and privilege to taste these cigars,” commented Charles Awad, Senior Vice President and Chief Marketing Officer at Oettinger Davidoff AG in a press release.

Each cigar carries the year it was blended – which also corresponds to a Diaz birthday year.

Each of the six blends is packaged in ten count rustic-looking cabinet boxes. Both the secondary band and box bear the signature of Eladio Diaz. For the U.S. market, the cigars are packaged in cellophane.