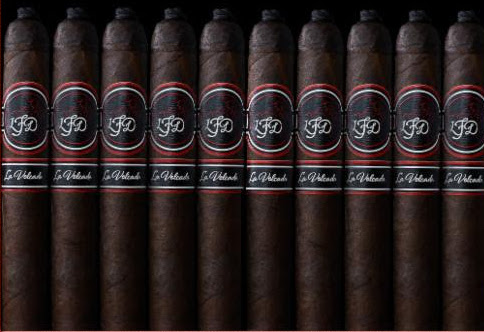 The South American country of Uruguay is known for its popular dance, the Tango. At this year’s 2017, La Flor Dominicana draws inspiration from both the country and its dance as it will unveil its signature release for the year, La Volcada. One of the steps that is a part of the Tango is known as “La Volcada”.

The cigar itself will be a single-blend release in the form of a 7 x 48 Churchill. The blend consists of a San Andres wrapper, Ecuadorian Corojo wrapper, and Dominican fillers grown at the company’s La Canela farms.

At a glance, here is a look at the La Flor Dominicana La Volcada:

La Volcada is being released in one size – a 7 x 48 Churchill.