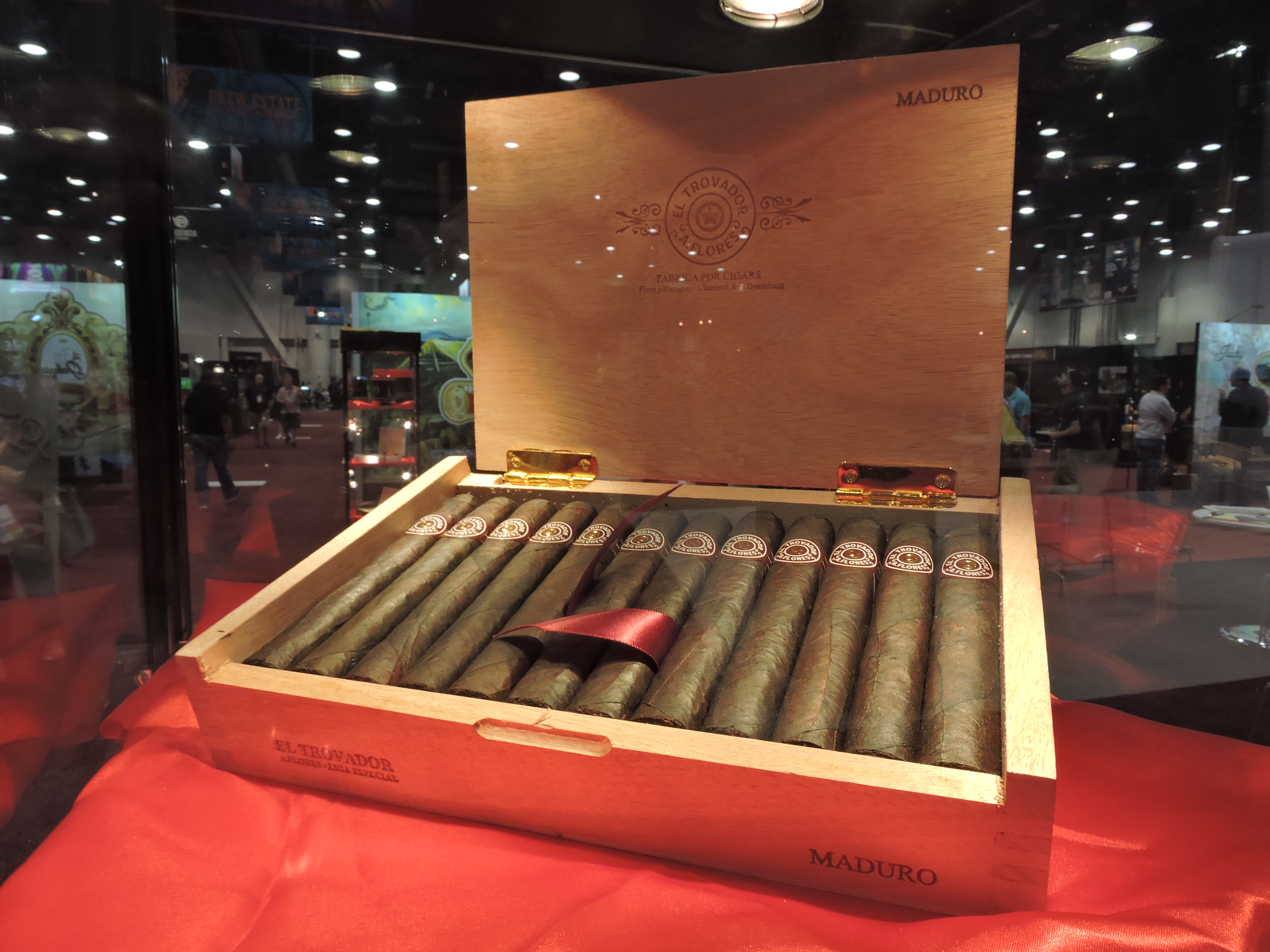 El Trovador is a line for which PDR Cigars owner and master blender Abe Flores took inspiration from two sources: a recent trip he took to Cuba; and his background in the music business (he was a bass player).  On his trip to Cuba, Flores saw an old vintage cigar band with the name “Trovador”. The name Trovador translates to Troubadour. While a Troubadour is a French minstrel, it is also the name of the legendary night club in Los Angeles, California. Given his background in music, Flores thought it would be a good name for a cigar and last year El Trovador was launched.

Like the original El Trovador, the El Trovador Maduro is pressed. Each size is available in 24-count boxes.