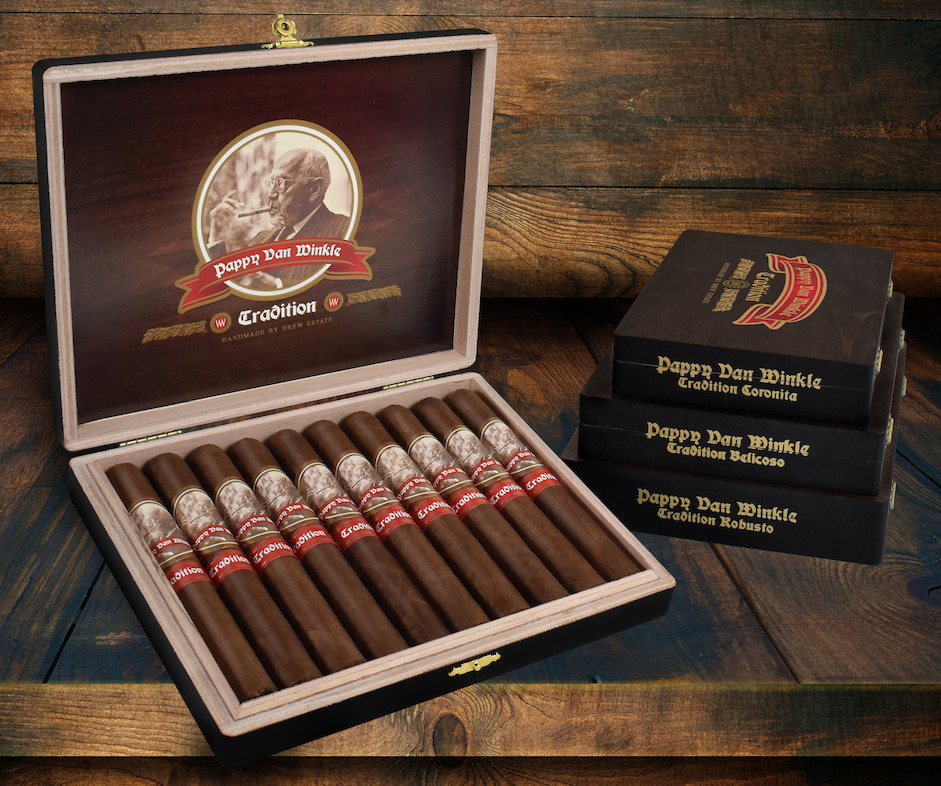 The new Pappy Van Winkle Tradition is a more conventional blend featuring an Ecuadorian Habano Oscuro wrapper, Indonesian binder, and a combination of aged fillers from Nicaragua and the Dominican Republic.

There are also two “Not for Sale” sizes in the form of Lonsdale (6 1/2 x 44) and Corona (5 1/2 x 44). The Lonsdale will be an event-only cigar for Drew Diplomat Rewards Events in October, November and December 2017. The Corona will only be available personally from Jonathan Drew and Julian Van Winkle. 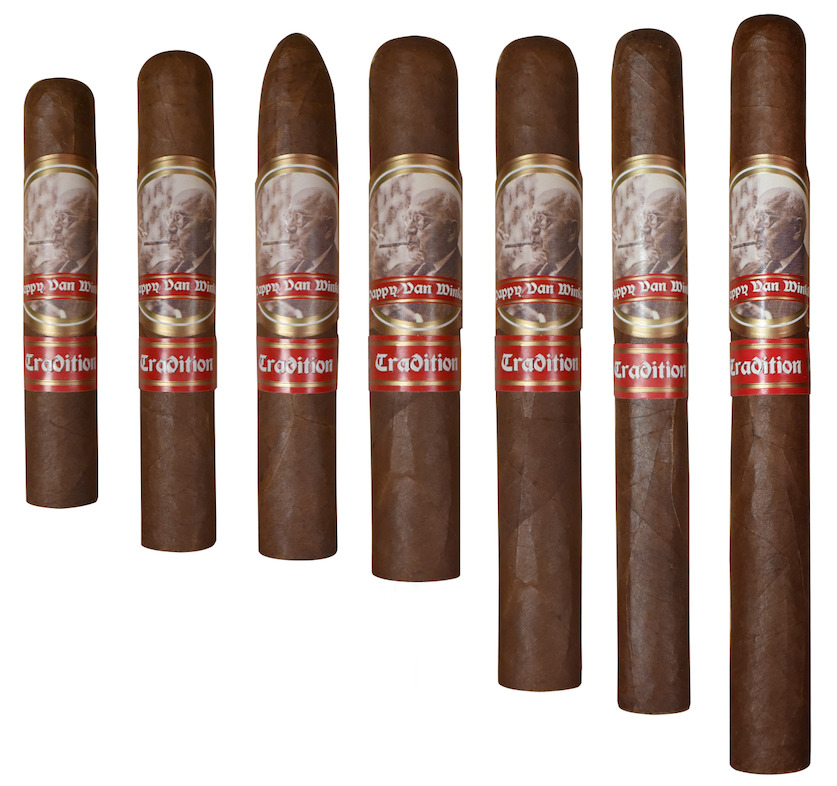 In this next video, Herrera goes deeper in the Pappy Van Winkle Tradition cigar.

This is also the most premium offering by Drew Estate to date. Pricing ranges from $14.60 to $24.60 for the five sizes being sold.