As we commence the 2018 Cigar Year on November 24, 2017, Cigar Coop is unveiling a new rating system. This new rating system uses the Stogie Geeks rating system we adopted in 2013 as a baseline framework and builds upon it. This will have a sole focus on cigar value and be a complementary offering to our numeric merit scoring system. The new system will go into effect immediately.

Back when we formed Cigar Coop, we decided to use a 5-point system for rating a cigar. The five ratings were Pass, See What You Think, Nice to Have, Memorable, and Historic. What was soon discovered is that in order to achieve the goal of being an industry publication, we needed to adopt the industry standard 100-point system. In 2012, the 100- point system was put in place. The 5-point system was also kept.  Both systems were solely based on merit and cigar price was not factored in. I now refer to this as the 1st Generation ratings. 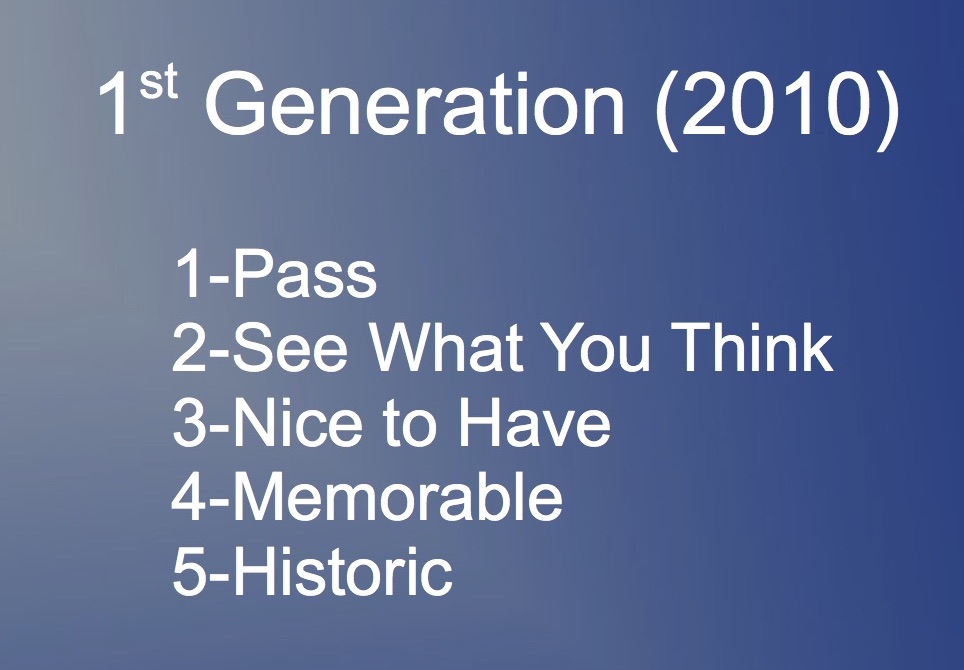 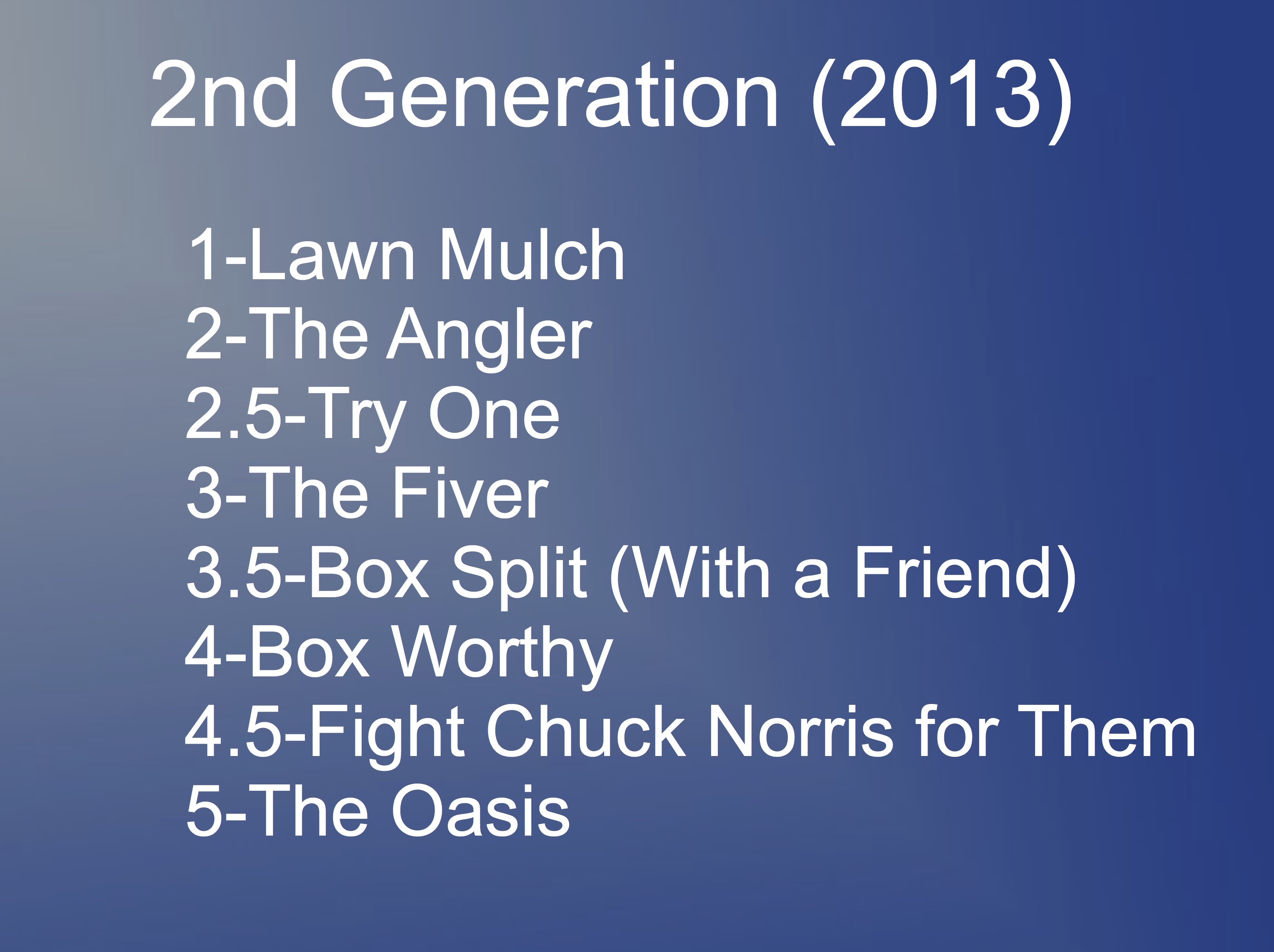 The Stogie Geeks system has served both Stogie Geeks and Cigar Coop very well for many years. However, this past year we took Cigar Coop independent. As we have gone independent, we have seen some areas where it could be improved. I had many discussions with cigar enthusiasts who follow the system and discussed realistic buying patterns. At the same time, I solicited feedback and was given both positive and negative feedback on the 2nd Generation ratings. Based on these discussions and my own thoughts, here are the things discovered:

There still was a great framework with the Stogie Geeks System, but to make the changes to a value-oriented system, we had to make some modifications. These ratings put a strong emphasis on the purchase-power for the cigar. Over the past two months, the new ratings were beta tested and you might even notice some of the language in our “Final Notes” on some of the more recent reviews.

Today we present the new system which is now the 3rd Generation ratings. 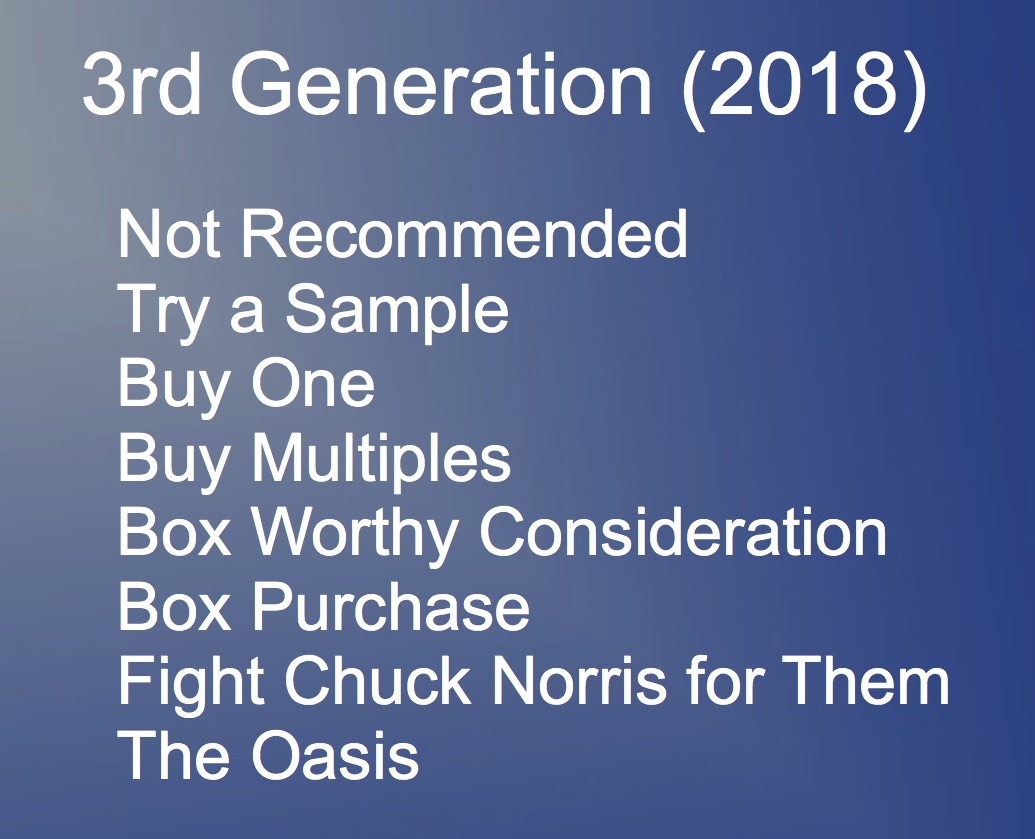 Here are a synopsis of the changes:

Originally the plan was to retire the Chuck Norris and Oasis ratings and give those new names. There was overwhelming pushback to keep these ratings. While it was not my first choice to keep them, they have essentially become institutions and now thanks to the feedback will continue to do so.

The numeric prefixes that existed on the 1st Generation and 2nd Generation ratings are now gone. As mentioned, people often would convert the numeric prefix to something on the 100-point system. This addresses the issue where people considered this to be a poor rating – which was not the case. It also provided more flexibility to add additional ratings should the need or benefit arise.

In 2018, we will introduce a third component which will be a composite of merit and value. It will use an entirely different mechanism and bridge the two worlds together.

The new ratings will be implemented in the upcoming days. The remaining Cigar Coop reviews that were completed during the 2017 Cigar Year, but have not been published will use the 2nd Generation ratings for continuity.

A full breakdown and explanation of the 3rd Generation system and how we got to this point is below.