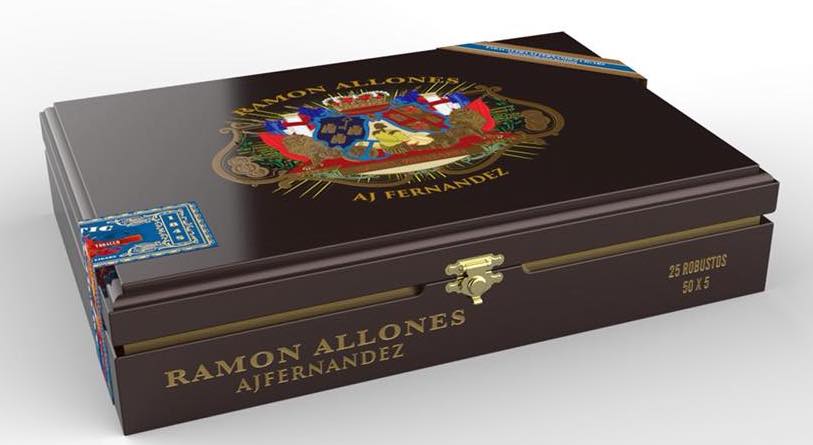 Over the past 18 months, AJ Fernandez has been involved in production for several high-profile iconic brands including Hoyo de Monterrey, Montecristo, Romeo y Julieta, and H. Upmann. Now Ramon Allones can be added to the list, however, this time things are a little different. Not only will Fernandez be handling production of the brand, he will be the exclusive distributor of the brand in the U.S.

Cigar Aficionado broke details on two Ramon Allones AJ Fernandez lines including a Habano Oscuro and Sumatra. The Habano Oscuro is planned to be a four-size box-pressed line including: Robusto (5 x 50), Toro (6 x 52), Churchill (7 x 50), and Torpedo (6 1/2 x 54). At press time, the only details reported on the Sumatra is that it will be available in five sizes.

While known as a historic Cuban brand, the trademark for Ramon Allones is owned by General Cigar Company in the U.S. Under the arrangement, General will continue to own the trademark. In 2015, General moved the Ramon Allones under its Foundry Tobacco brand. Earlier this year, it had announced the Foundry Ramon Allones’ cigar was being discontinued.

The Ramon Allones AJ Fernandez Cigars are expected to hit the market in January.