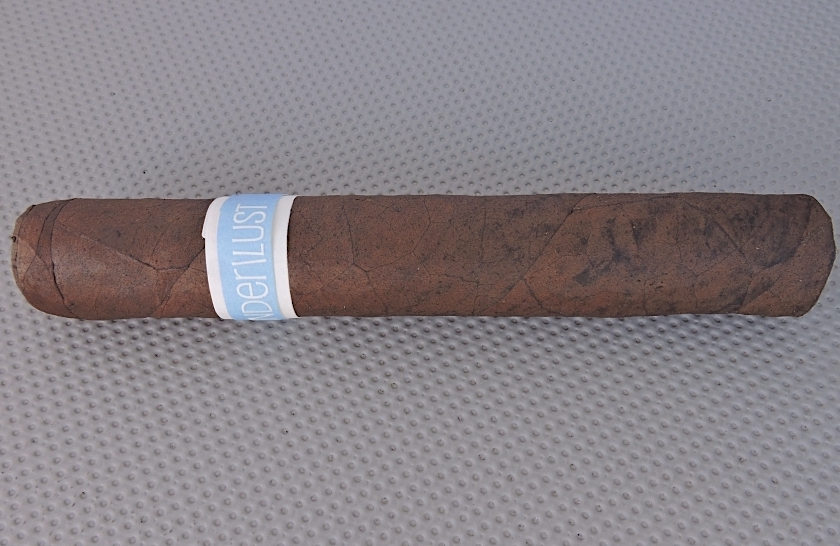 Early in 2016, RoMa Craft Tobac formally announced a new brand in its portfolio called Wunder|Lust. Prior to the release, the company had targeted distribution into the European market and had come to an agreement to have the well-known Schuster family become their exclusive distributor in Germany. The Wunder|Lust brand is a logical extension to the partnership in that it is a brand that is exclusively produced for and distributed in Germany. While it’s a brand that is only sold in the German market, RoMa Craft Tobacco co-founder Skip Martin has repeatedly assured his strong U.S. following that they could still purchase the cigar from authorized German retailers. In fact, the company showcased the Wunder|Lust at this year’s IPCPR Trade Show even though it was not available for purchase by U.S. retailers. Today, we take a closer look at the Wunder|Lust in the Robusto size.

When the project was announced, Martin discussed details of the genesis of how it came about:

“In the last few years, RoMa Craft Tobac has been approached by a number of European distributors. Frankly, given that we have limited our production to less than 1.2 million cigars annually, Mike Rosales and I had decided that distribution outside of the United States was not going to be a part of our strategy. However, in early 2014 I had the pleasure of spending some time with Annmarie Schuster, the daughter of Phillip Schuster, blending in the factory and learning about the storied history of her family’s company. Later that year, Phillip extended an offer to become our distributor in Germany.

“Historically, the company founded in 1909, had been very selective in which brands they would distribute alongside their own. The list includes: Camacho, Drew Estate, La Flor Dominicana and A. Turrent. As the agreements with Camacho and Drew Estate ended due to the acquisition of those companies by larger entities with their own distribution channels, Schuster indicated that they had been looking for a new partner.

“In late 2015, I traveled to Germany to learn more about the market. What I found was universal respect and admiration of the Schuster Family and a lot of consumer recognition and demand for our RoMa Craft brands. After touring their factory, one of the last in the country manufacturing cigars using traditional methods, and spending time with Phillip, Annmarie, Manfred and Oliver Schuster, I found a lot of parallels in the philosophies of RoMa Craft and Schuster Cigars. Among these, they share our relentless focus on product quality and hold in even higher regard, the integrity of their company and family name.

“We are honored to join La Flor Domincana and A. Turrent, and to be represented by the Schuster family in Europe’s strongest premium cigar market.”

Without further ado, let’s break down the Wunder|Lust Robusto and see what this cigar brings to the table.

RoMa Craft Tobac has become well-known for using Brazilian Araparica on its Intemperance BA XXI line. The Wunder|Lust utilizes the other wrapper Brazil is most famous for – Mata Fina. Since the initial release of the Wunder|Lust, a darker priming wrapper (which was on the cigars assessed here) has been incorporated into the blend.

The cigar also uses an Indonesian binder and an undisclosed filler. Martin has said the blend was inspired by the many tobaccos the Schuster family has in their own factory. As with all RoMa Craft Tobacco products, Wunder|Lust is produced at the Nica Sueno factory in Estelí, Nicaragua.

The Wunder|Lust features a band scheme similar to what is found on the CroMagnon, Aquitaine, and Neanderthal lines. There is a thin sky blue-collared band with the text “WUNDER|LUST” in white font. The far right of the band has a small white-colored RoMa Craft Tobac logo. The sky-blue band sits on top of a thicker white band. The white band containing “52.197398 8.591870” in a subtle silver font.

I used a straight cut to remove the cap of the Wunder|Lust Robusto.  Once the cap was removed I proceeded with the pre-light draw. The dry draw delivered a nice dose of black coffee with a little bit of cedar and a slight tingly pepper spice. Overall I considered this to be an excellent pre-light draw. At this point, it was time to fire up the Wunder|Lust Robusto and see what the smoking phase would have in store.

The Wunder|Lust Robusto started out with notes of coffee and oak. There was definitely a creamy texture to both of these notes. In the background, there were subtle notes of red pepper, dried fruit sweetness, and a slight salty component. Meanwhile, on the retro-hale, I detected an additional layer of sweet cedar.

The creamy oak and coffee notes alternated in intensity during the first third. By the second third, I found the creamy oak notes became the main flavor. There still were notes of coffee, dried, fruit, pepper, and the salty component. As the Wunder|Lust Robusto moved past the midway point, there was still a nice amount of creamy oak in the forefront. The subtle sweetness from the dried fruit had now morphed into a more natural tobacco sweetness – and remained very subtle. The salty component also dissipated.

The creamy oak notes did remain in the forefront until the end of the smoking experience. There still was some natural tobacco sweetness and pepper, but by this point, most of the coffee notes had also dissipated. This is the way the cigar experience of the Wunder|Lust came to a close. The resulting nub was firm to the touch and cool in temperature.

From a burn standpoint, there were a few points where the burn line of the Wunder|Lust Robusto was a bit wavy. This was easily remedied with some touch-ups and overall I didn’t find the number of touch-ups excessive. The resulting ash was light gray and on the firm side. As for the burn rate and burn temperature, both were ideal. 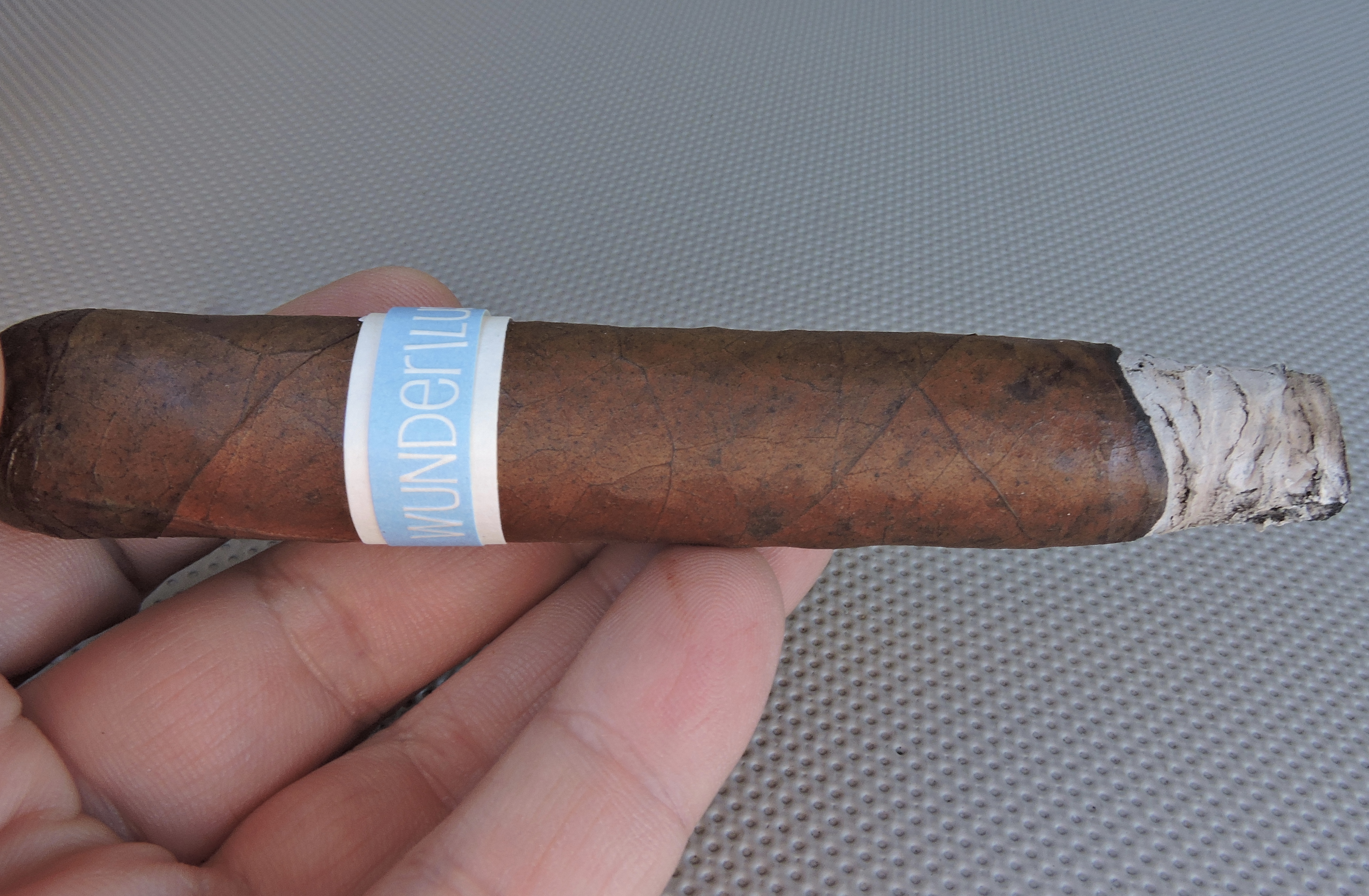 The draw of the Wunder|Lust Robusto was in the sweet spot for me. It had a touch of resistance to it – which is something I like on draw. This was also a cigar that produced an ample amount of smoke.

I also found the strength and body balanced each other very nicely with neither attribute overshadowing the other.

Simply put the Wunder|Lust Robusto is one of RoMa Craft Tobac’s finest offerings to date. I really liked the smoothness that this cigar brought to the table. While I always think it’s best to smoke a cigar undistracted, in the case of the Wunder|Lust Robusto it will really pay dividends, as there was nice amount of flavor nuances during this smoking experience. It’s also quite different from any Brazilian Mata Fina line I have had before.

The Wunder|Lust Robusto is a cigar that I would recommend to a novice or experienced cigar enthusiast. As for myself, not only is this a cigar I would smoke again, it’s one that is worth contacting a German retailer to purchase. It is one that is worthy of a box purchase.