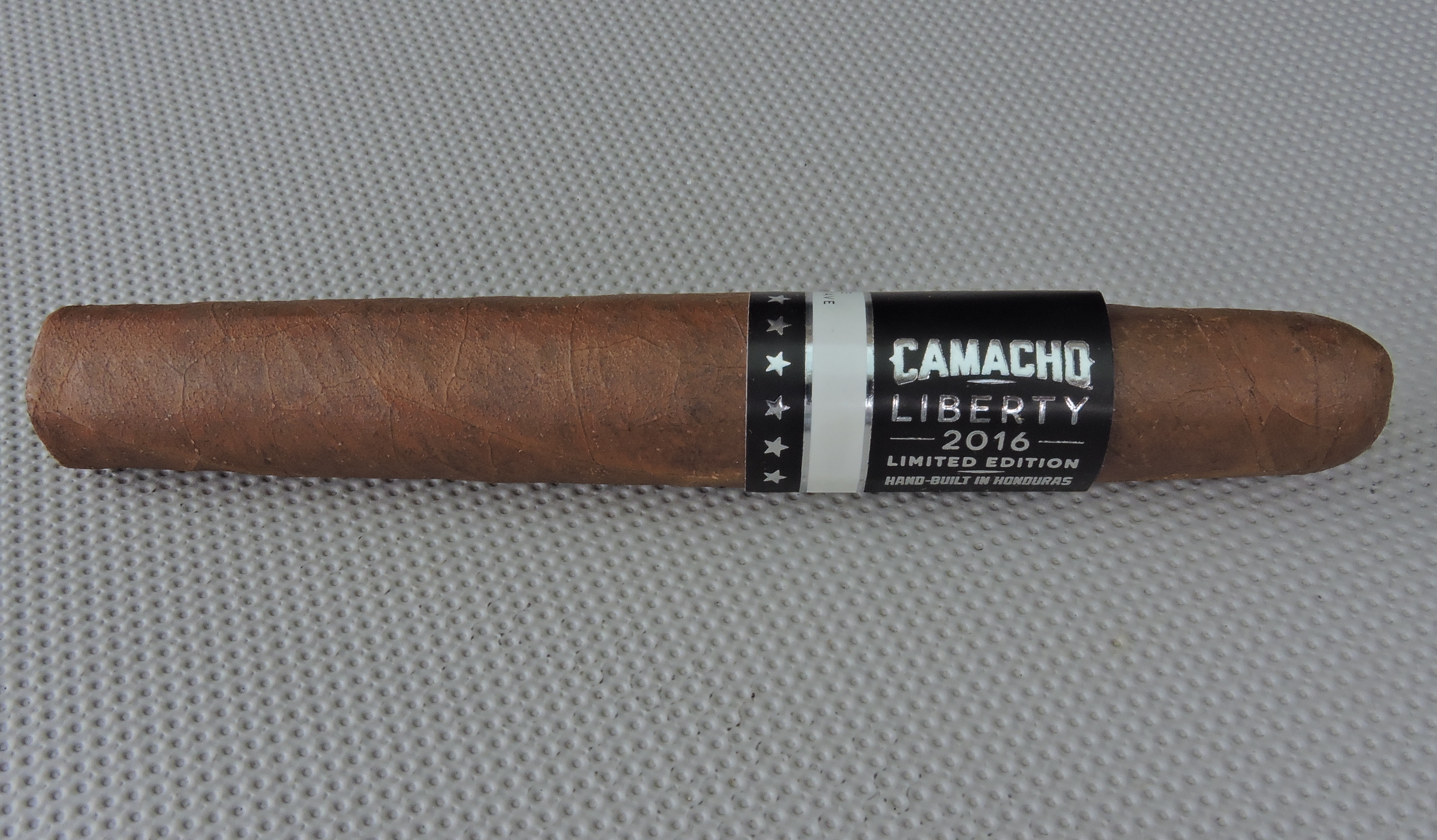 Today we take a look at the Camacho Liberty 2016 edition.  The Camacho Liberty series is an annual limited edition cigar and one that is consistently anticipated by cigar enthusiasts. While Camacho has done several limited edition releases, it is safe to say that the Liberty has remained the most popular of them. Each year for the Liberty Series, Camacho puts forward a different blend. There is a limited allocation of these cigars and once the cigars are gone, they are gone. One thing that distinguishes the Camacho Liberty series is that each cigar is packaged in an individual coffin-box.  Camacho Liberty 2016 edition marked the 14th anniversary of the series. It was also the fourth edition of the Liberty to be released since the brand underwent a massive overhaul in 2016. 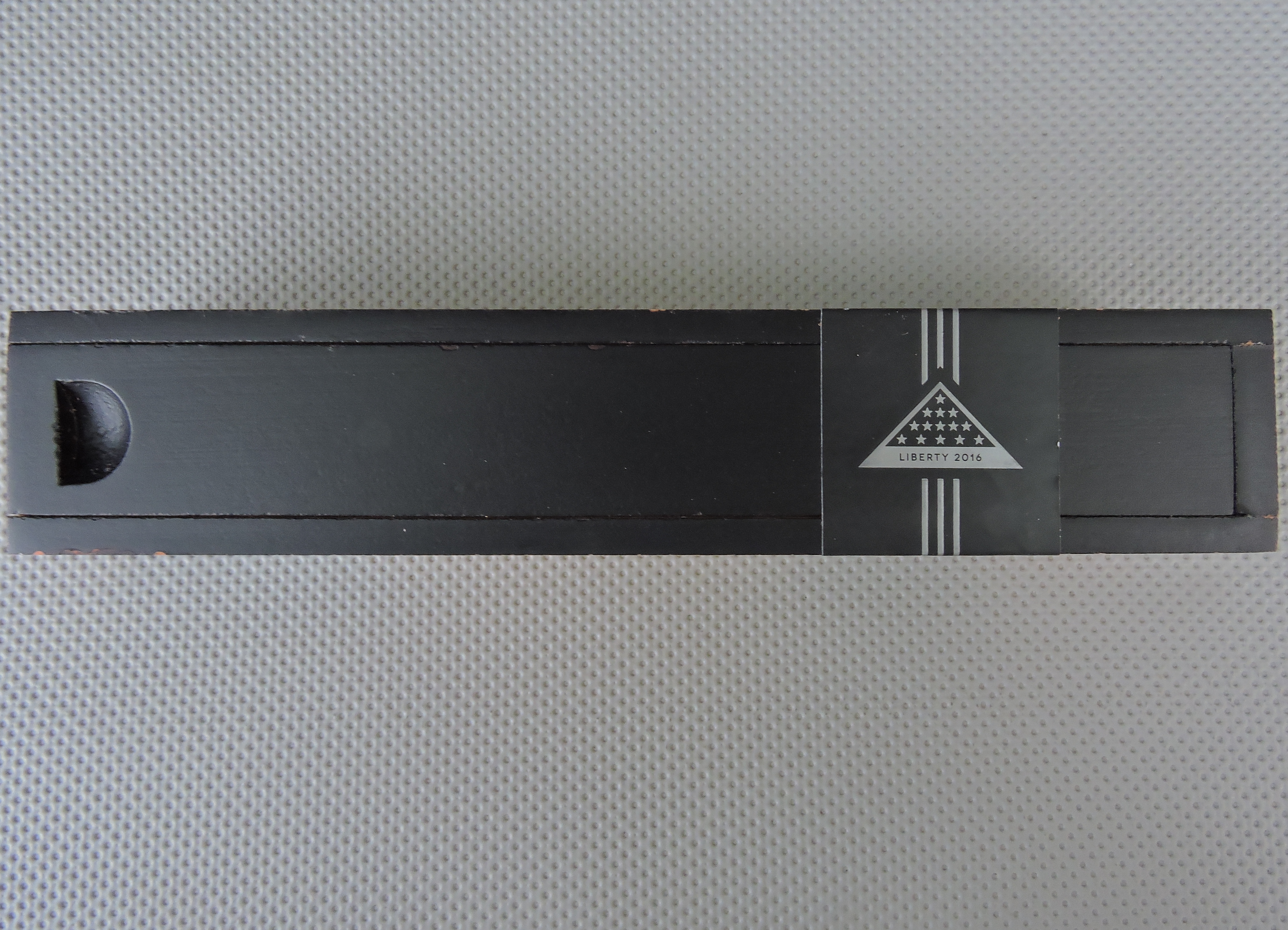 The Liberty Series made its debut in 2002, and for the most part, it has been one size, one vitola. The initial Liberty Series 2002 came in 5 sizes and the 2004 edition came in two sizes. Many of the releases have used Camacho’s signature 11/18 figurado size, including the Camacho Liberty 2016. What else is interesting about the Camacho Liberty 2016 is that it was the first Liberty to have some of its production allocated for the European market.

Without further ado, let’s take a closer look at the Camacho Liberty 2016 and see what this cigar brings to the table.

As has been the tradition of the Camacho Liberty series, the blend is being released in one size – a figurado known as 11/18. The 11/18 name was established when Christian Eiroa owned Camacho – it refers to a unique figurado shape and was named for the date of Eiroa’s mother’s birthday. The Camacho Liberty 2015’s dimensions are 6 x 48/54/48.

Par for the course with the Camacho Liberty series, the Liberty 2015 is packaged 20 coffins in a box. The U.S. allotment is the normal 2,000 boxes of twenty for a total of 40,000 boxes. This year, an additional 1,000 boxes of twenty are being made for the European market. 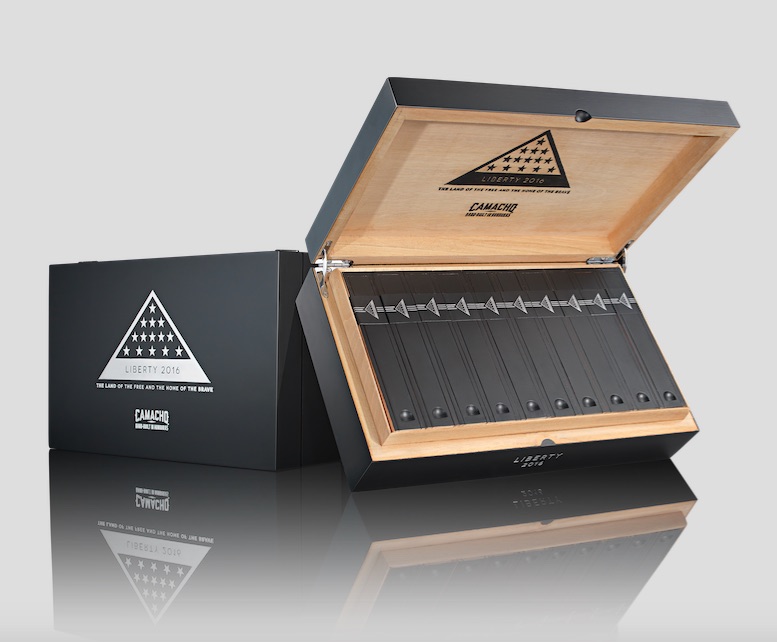 The Ecuadorian wrapper to the Camacho Liberty 2016 has a medium brown color. This was a wrapper that had a nice oily complexion. While there are some visible veins and visible wrapper seam, I consider this wrapper to be on the smooth side.  The surface of the wrapper has a light coating of oil on it. The 11/18 figurado of the Camacho Liberty had its usual shape. It was a cigar that was widest in the middle. There is a gentle tapering toward both the cap and the tapering toward the footer is even more gradual.

There is a white stripe just below the large black section. This section contains the text “THE LAND OF THE FREE AND THE HOME OF THE BRAVE” in black font. The lower portion of the band is also black with a series of silver stars.

The last third didn’t see much changes – except the natural tobacco notes remained in the forefront with less of the caramel and sugar cane qualities. There was a slight increase in the pepper, but it never overpowered the blend. This is the way the Camacho Liberty 2016 came to a close. The resulting nub was soft to the touch and cool in temperature.

In terms of burn, the Camacho Liberty 2016 delivered some excellent performance. There was a slight amount of curvature on the burn line, but this didn’t warrant an excessive amount of touch-ups. The Liberty 2016 also had no problems maintaining a straight burn path. The ash of the Liberty 2016 wasn’t overly firm, but it wasn’t loose or flaky either. This was an ash with a light gray color to it. As for the burn temperature and burn rate – both were ideal.

Burn of the Camacho Liberty 2016

The draw to the Camacho Liberty 2016 was open, but not loose. I found this was a low maintenance cigar to derive flavor from.

While there was some variance in the intensity levels of the strength and body, overall I thought the Liberty 2016 did a good job at balancing strength and body with neither attribute overshadowing the other.

From 2013 through 2015, I had been underwhelmed by the Camacho Liberty releases. The 2016 release is a different story. It’s one that I have enjoyed smoking, and now with nearly 17 months of age on it, I think it has responded nicely. While there was a bold sweetness from the natural tobacco, I found this was balanced out by the earth and pepper notes. The Camacho Liberty does not have an overly complex flavor profile, but it had just enough to keep me interested in this smoke from start to finish. Given this cigar has some boldness to it, I would recommend this to a more seasoned cigar enthusiast.

The Camacho Liberty is a pricy cigar – coming in at $18.00.  It’s one that I would easily smoke again, and it’s good enough where I would recommend to a cigar enthusiast to buy a few of these, smoke one or two now and put at least one away for further aging.