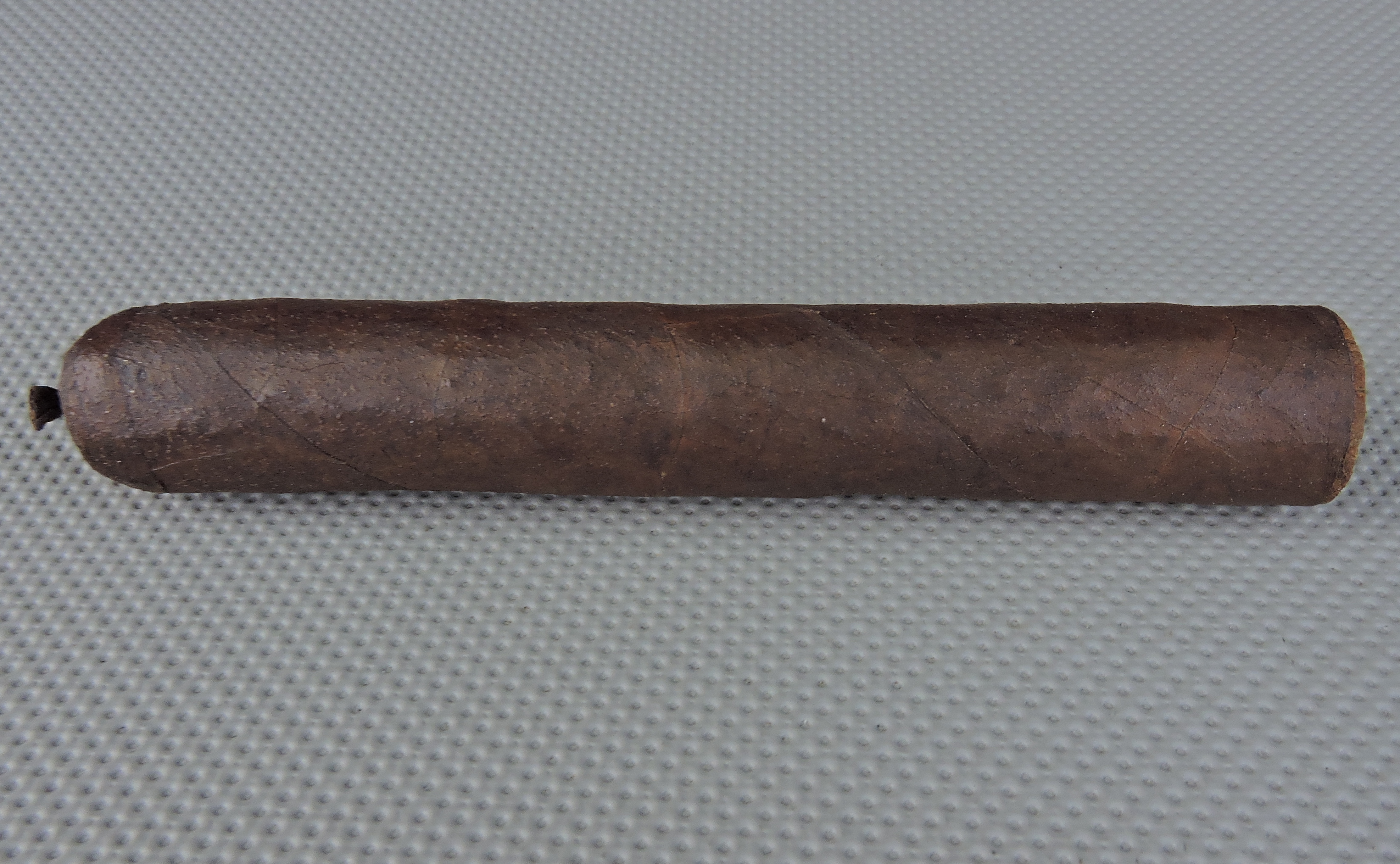 The Tatuaje Pork Tenderloin was actually the second exclusive cigar that Johnson did for Gloucester Street Cigars. He released the Pork Chop, a 4  x 46 Nicaraguan puro corona, in 2009. However, as popular the Pork Chop remains, the Pork Tenderloin is even more special. Over the years, the blend is said to have been the basis for other Tautaje limited releases including the Tatuaje Barclay Rex and is the blend used for most of the Tatuaje TAA releases.

Without further ado, let’s take a look at this 2016 reincarnation of the Pork Tenderloin. The cigars for this assessment have been resting for about 10 months in the Cigar Coop humidor.

The Tatuaje Pork Tenderloin features a Nicaraguan blend wrapped with a Connecticut Broadleaf wrapper. The cigars are produced at the My Father Cigars’ factory located in Estelí, Nicaragua.

The Pork Tenderloin is a Robusto-sized cigar. It is packaged in 25-count bundles. The packaging utilizes actual butcher paper – complete with a meat label. 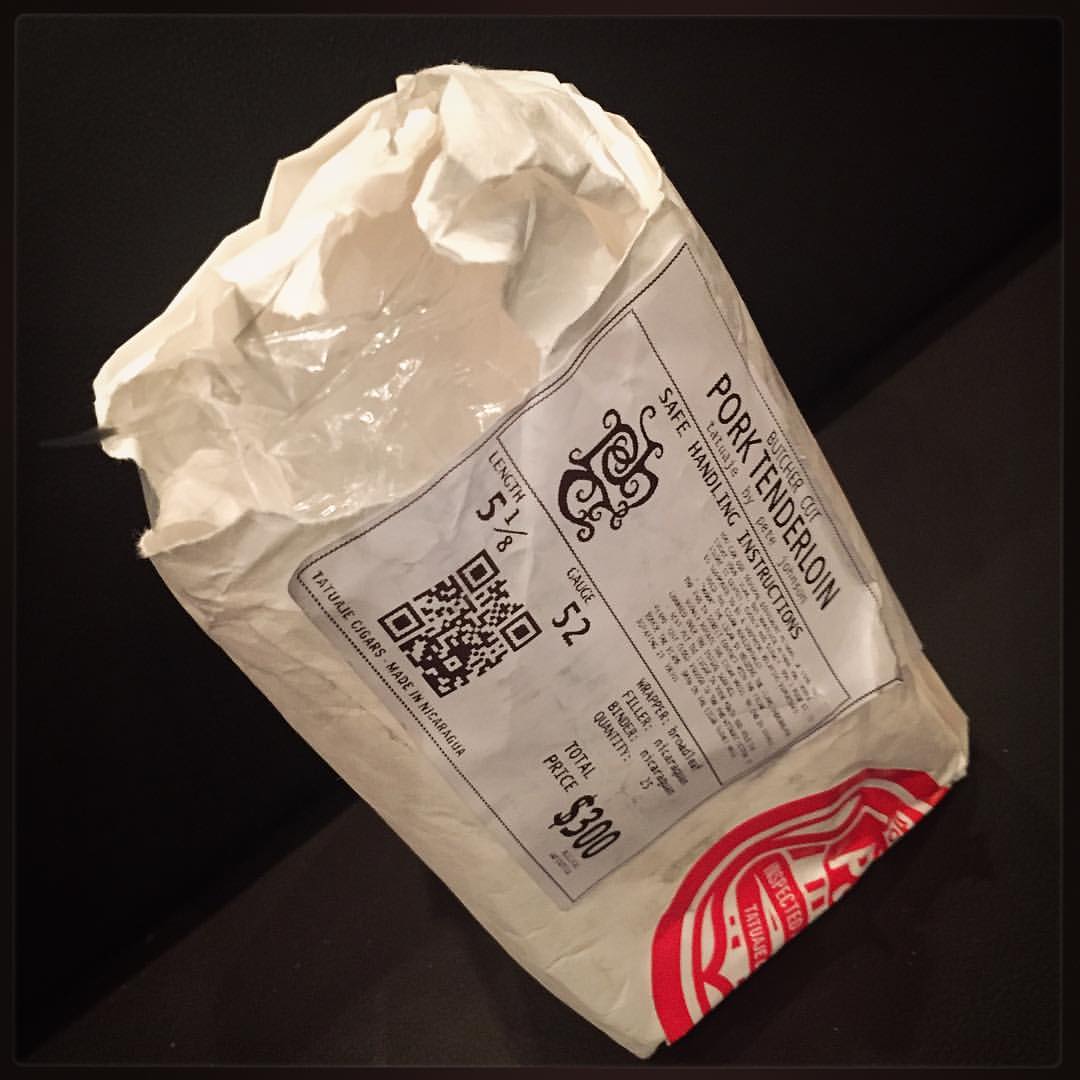 Like the original Tatuaje Pork Tenderloin, the 2016 iteration of the Pork Tenderloin remains unbanded. The Broadleaf wrapper has a dark espresso color. Even with the wrapper’s darker color, upon close examination darker mottling can be seen. The surface of the wrapper also had some oil on it. For a Broadleaf wrapper, I found it relatively smooth with only some thin visible veins and thin wrapper seams. The cap is finished with a short fan-tail.

As opposed to pulling off the tail off of the Tatuaje Pork Tenderloin, I decided to use a straight cut to remove both the cap and the pig-tail simultaneously. I then proceeded with the pre-light draw. The dry draw delivered a mix of coffee, earth, and a slight amount of black pepper. While this was a relatively simple flavor profile for a pre-light draw, I still found it quite enjoyable. At this point, I was ready to light up my Tatuaje Pork Tenderloin and see what the smoking experience would have in store.

The start to the Tatuaje Pork Tenderloin delivered notes of coffee, earth, and black pepper. As the cigar moved through the first half, the coffee expanded into a mocha note – basically a combination of coffee and chocolate flavor. This mocha note had a slightly creamy texture, delivering a little smoothness into the equation. Meanwhile, the earth and black pepper notes settled in the background and mostly could be felt at the back of the throat. The black pepper was also prominent on the retro-hale.

Later in the first third, the earth notes started to surface from time to time in the forefront. By the start of the second third, there was also a slight increase in the black pepper.  Once the Tatuaje Pork Tenderloin passed the halfway point, I found the earth notes increased in intensity. As the Pork Tenderloin reached the end of the second third, the pepper notes also increased. The mocha motes remained grounded in the forefront, but the creamy texture these notes had would slowly dissipate.

The last third of the Tatuaje Pork Tenderloin saw the earth notes in the forefront with the mocha notes. Meanwhile, the black pepper was a close secondary note. While there was more spice here, it didn’t assault the palate. This is the way the Tatuaje Pork Tenderloin came to a close. The resulting nub was firm to the touch and cool in temperature.

The burn line of the Tatuaje Pork Tenderloin had a slight amount of unevenness. This was corrected with a few touch-ups and in the end, the cigar maintained a relatively even burn path. The ash had a silver-gray color with some dark streaks in it. This was an ash that was slightly on the loose side. The burn rate and burn temperature were ideal. 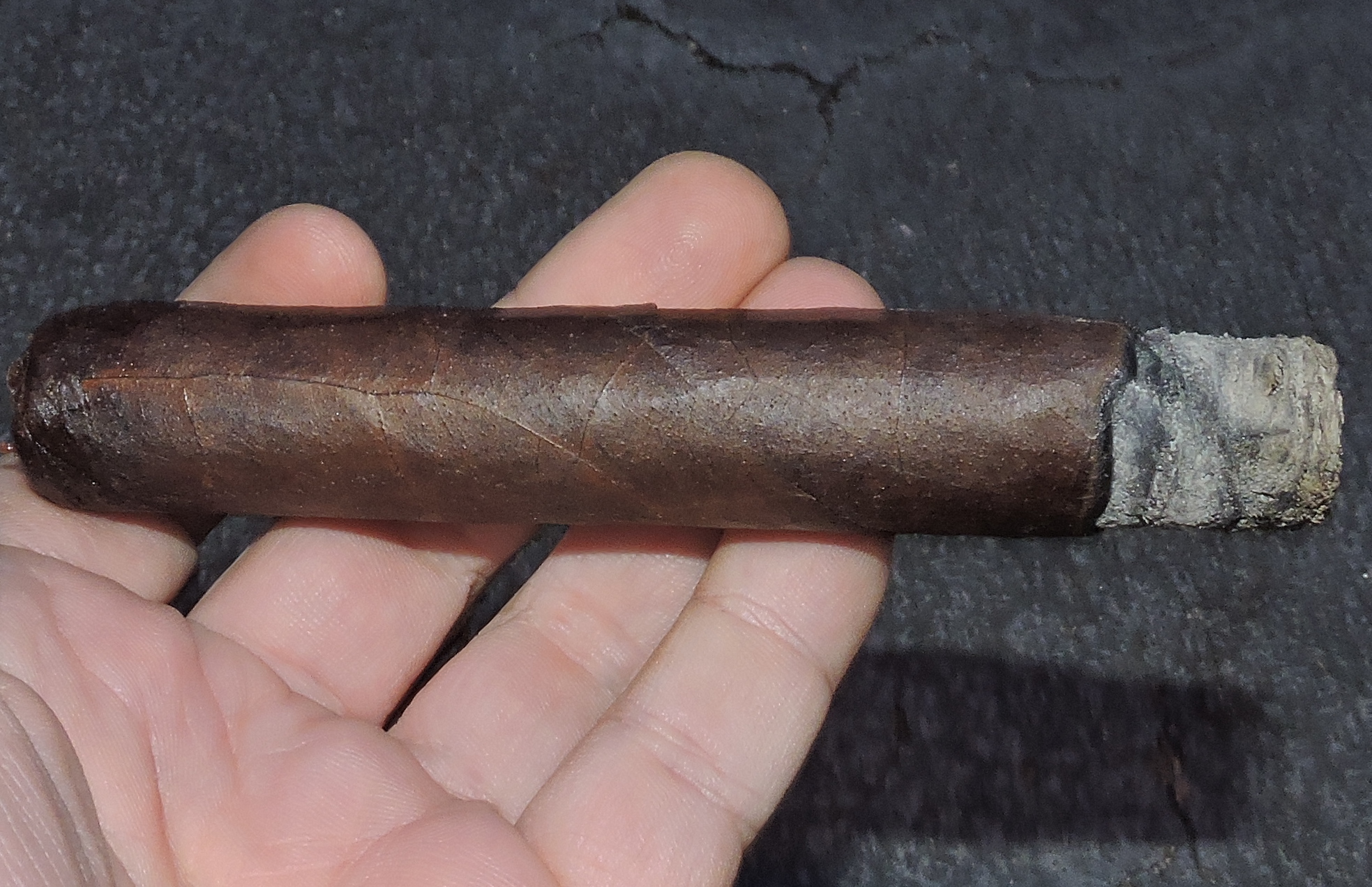 Burn of the Tatuaje Pork Tenderloin

The draw performed quite well on the Tatuaje Pork Tenderloin. It was very much in a sweet spot for me – namely not too tight, nor too loose.

The Pork Tenderloin does have some kick to it. I found this cigar started out as medium to full in both strength and body. For the most part, I didn’t find much variance in the strength level from start to finish. The body was a different story as I found it to gradually increase from start to finish. By the second half, the Pork Tenderloin was in full-bodied territory.

In terms of strength versus body with the Pork Tenderloin, I found the body to have the edge throughout the smoking experience.

My recent experiences of the Tatuaje Pork Tenderloin are my first. I never smoked the original version that went to Gloucester Street Cigars. I was quite impressed with this cigar and I can understand why this cigar has been highly sought after. I found the Pork Tenderloin to excel in the area that matters most – flavor. Much like the market being flooded with shop exclusives, to a lesser extent I think there are too many event cigars. With the Pork Tenderloin (currently) now an event cigar, I can honestly say it is one of the better ones. This is a cigar I would recommend to a more seasoned cigar enthusiast as it does have some kick. As for myself, this is a great cigar. I would definitely not only purchase a box of it given the opportunity, but I would challenge Chuck Norris for a Pork Tenderloin.