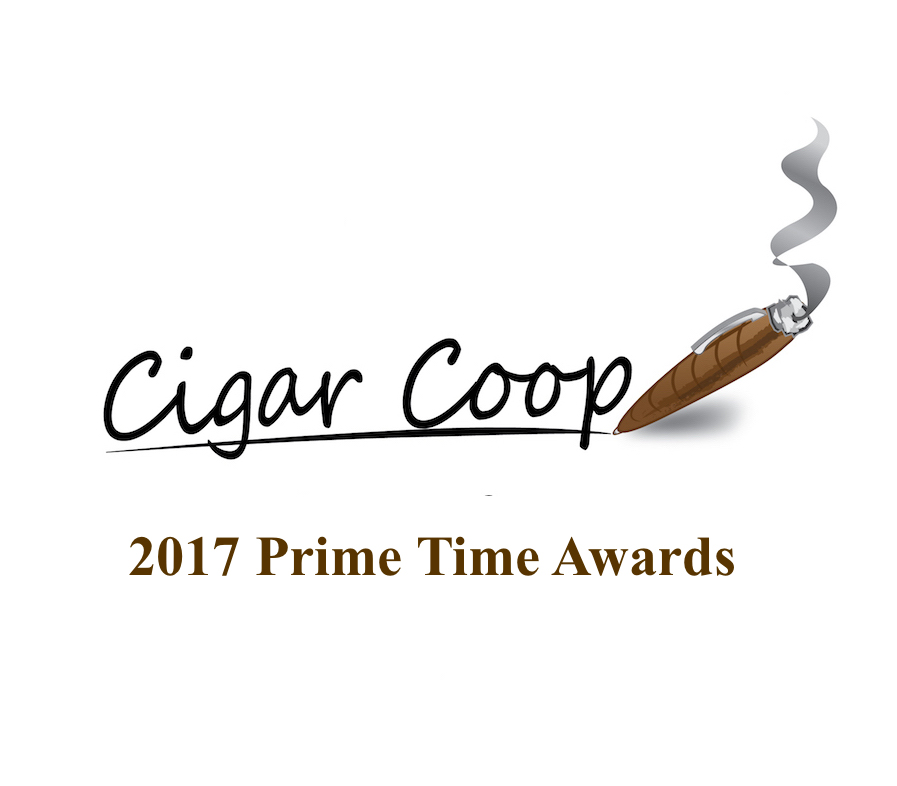 This year, the annual Cigar Coop Awards have been re-branded the “Prime Time Awards” and will be unveiled over the next two weeks. The award winners were selected by Prime Time Hosts Aaron Loomis, Bear Duplisea, and Will Cooper.

In addition to using a three person panel, there are a few other changes. First, we have added Company of the Year awards for both small and large companies. Second, the “Large Factory of the Year” will represent a single factory and not a conglomeration of factories (such as Davidoff or Casa Fernandez).

The following are the five categories and dates the awards will be announced:

Bear, Aaron, and Will are also selecting their top cigar of the year, but this will be done individually. This week, Bear will unveil his top cigar of the year on Take 12 of El Oso Fumar Takes while Aaron will be unveiling his picks on Developing Palates. Meanwhile, Will is continuing to reveal his list on the Cigar Coop Cigar of the Year Countdown.