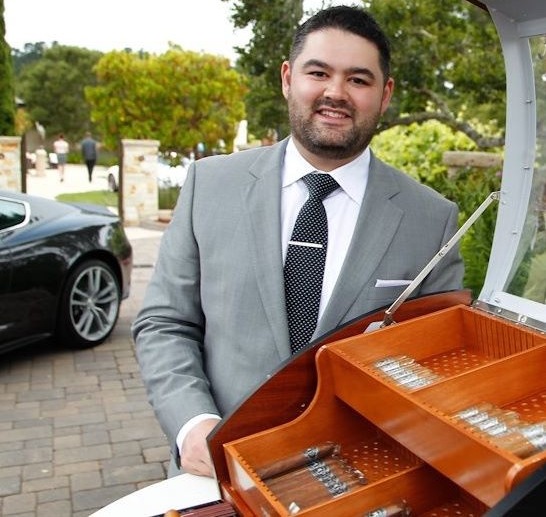 Davidoff of Geneva has named Richard Krutick its new Vice President of Marketing in the U.S. The role is an expanded role for Krutick, as he previously served in the role of  Vice President of Marketing for several Davidoff brands, including the Davidoff and S.T. Dupont. Krutick’s role will now add responsibilities for overseeing the Davidoff of Geneva – since 1911 retail operations.

“We have seen how winning with consumers in our business requires an omni-channel approach and this requires our marketing efforts to be extremely well-coordinated across all channels—company-owned stores, licensed boutiques, e-commerce and Appointed Merchants. We are firmly committed to fulfilling the omni-channel experience our consumers demand of us. Additionally, we have a great team of retail professionals and, increasingly, the growth they seek to deliver in profitable sales requires us to develop and execute game-changing marketing initiatives in the store, online, and in the market with our customers. This needs to be led by a seasoned marketing professional who knows all aspects of our business and can work with both our retail team as well as our wholesale team to orchestrate a comprehensive and seamless approach. Mr. Krutick’s track record of success in developing the Davidoff business in the US, his responsibility for leading the marketing and development of S.T. Dupont, and his existing responsibility as head of marketing for Davidoff of Geneva – since 1911, make him uniquely qualified to take on this expanded leadership role,” commented Jim Young in a press release.

“The Davidoff of Geneva story stretches back over 100 years when Zino Davidoff’s family opened their first retail store in Geneva, Switzerland in 1911. Our company is steeped in great retail history backed by arguably one of the greatest pioneers in our industry, Zino Davidoff. It is with tremendous honor that I accept this new appointment and get the opportunity to build upon a precious legacy. With great excitement I look forward to diving deeper into consumer shopping behaviors across an omni-channel network, while bringing new insights of the modern shopper and best practices to our Appointed Merchant network,” commented Krutick.

Krutick’s appointment follows the appointment of Dylan Austin, who was named Davidoff of Geneva’s Vice President of Sales and Marketing. With that expanded role Austin added on responsibilities for overseeing Davidoff’s sales teams as well as marketing activities for brands such as Camacho, AVO, The Grifffin’s, Cusano, and Zino.