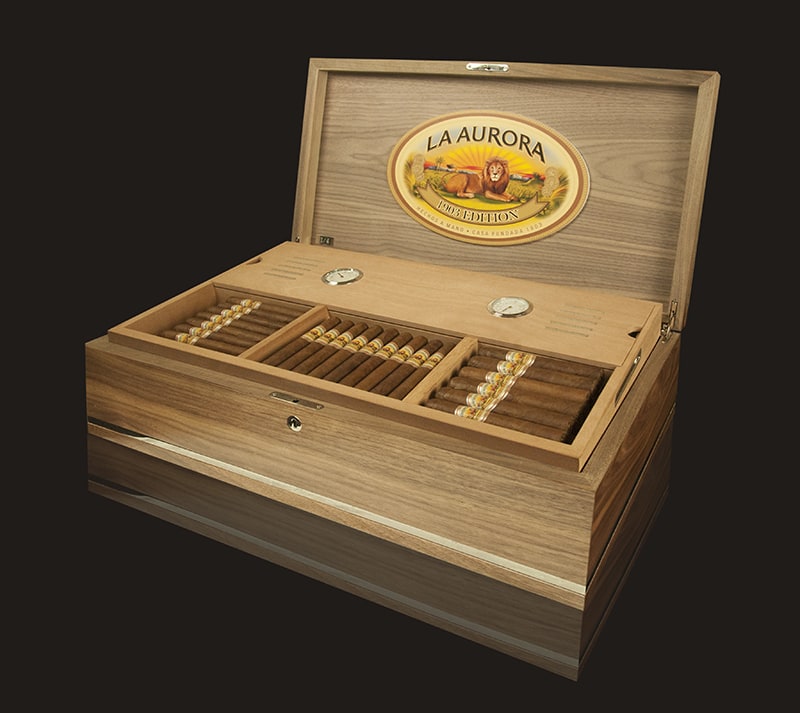 Each year at the annual ProCigar Festival held in the Dominican Republic, there is a charity auction where many manufacturers donate a special item for the auction. This year, La Aurora Cigars will donate a special humidor containing 182 parejo cigars of the La Aurora Preferidos Double Barrel Aged.

The La Aurora Preferidos Double Barrel Aged made its debut at the 2016 IPCPR Trade Show in the form of a 5 x 54 double figurado. The humidor will contain parejo versions of these cigars (64 Coronas, 48 Toros, and 70 Robustos). The blend features an Ecuadorian Habano wrapper, a Dominican binder, and a combination of Dominican, Brazilian, and Cameroon fillers. The binder and filler are aged in rum barrels. Once the cigars are rolled, the cigars are then aged in rum barrels for another 90 days.

As for the humidor, it features Spanish cedar wood for the interior, trays, and cigar dividers. The exterior consists of solid walnut wood with a satin lacquer finish. The humidor also holds a thermometer and hygrometer.