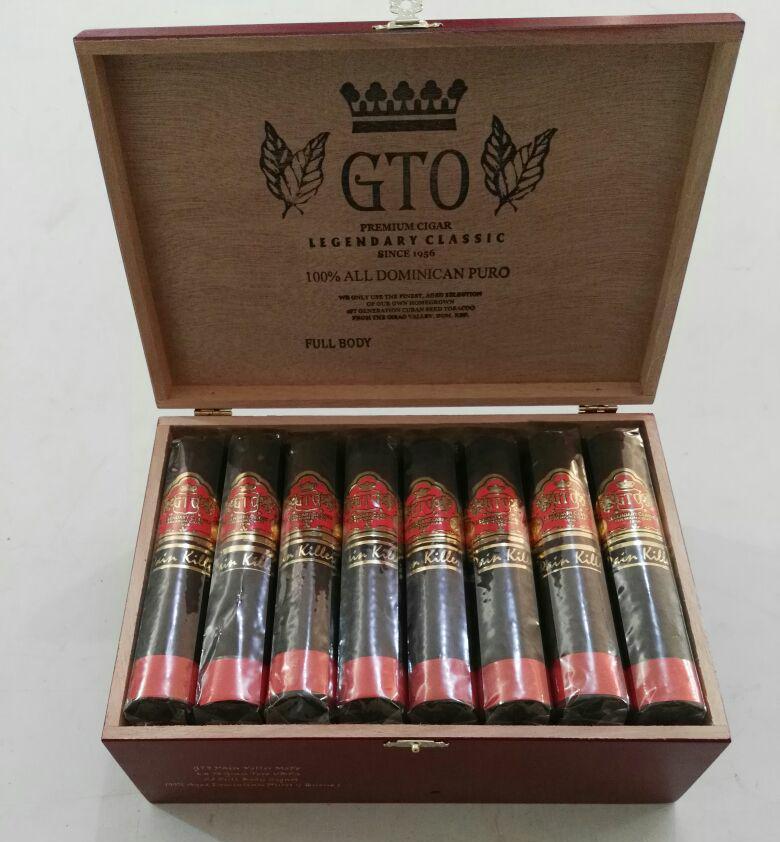 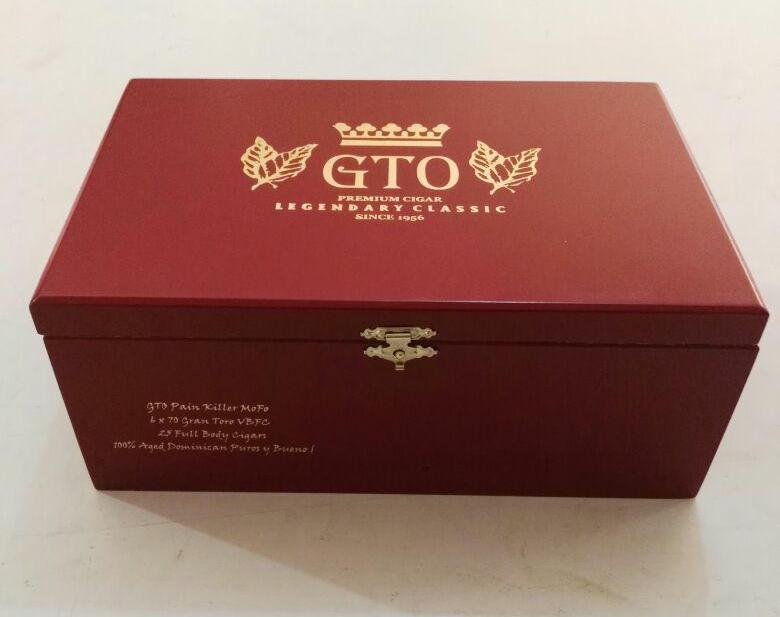 According to company owner Dr. Oscar Rodriguez, the GTO Pain Killer MoFo is a 100% Dominican long-filler puro containing five-year-aged tobacco. Rodriguez describes the cigar as a full-bodied offering.  The cigars are packaged in 25-count boxes. Other sizes in the Pain Killer Maduro line include a Robusto, Gran Toro, and Box Pressed.

GTO Dominican Cigars is owned by Dr. Oscar Rodriguez and is a vertically integrated operation. In addition to having his own farms, Rodriguez has his own factory in the Dominican Republic.