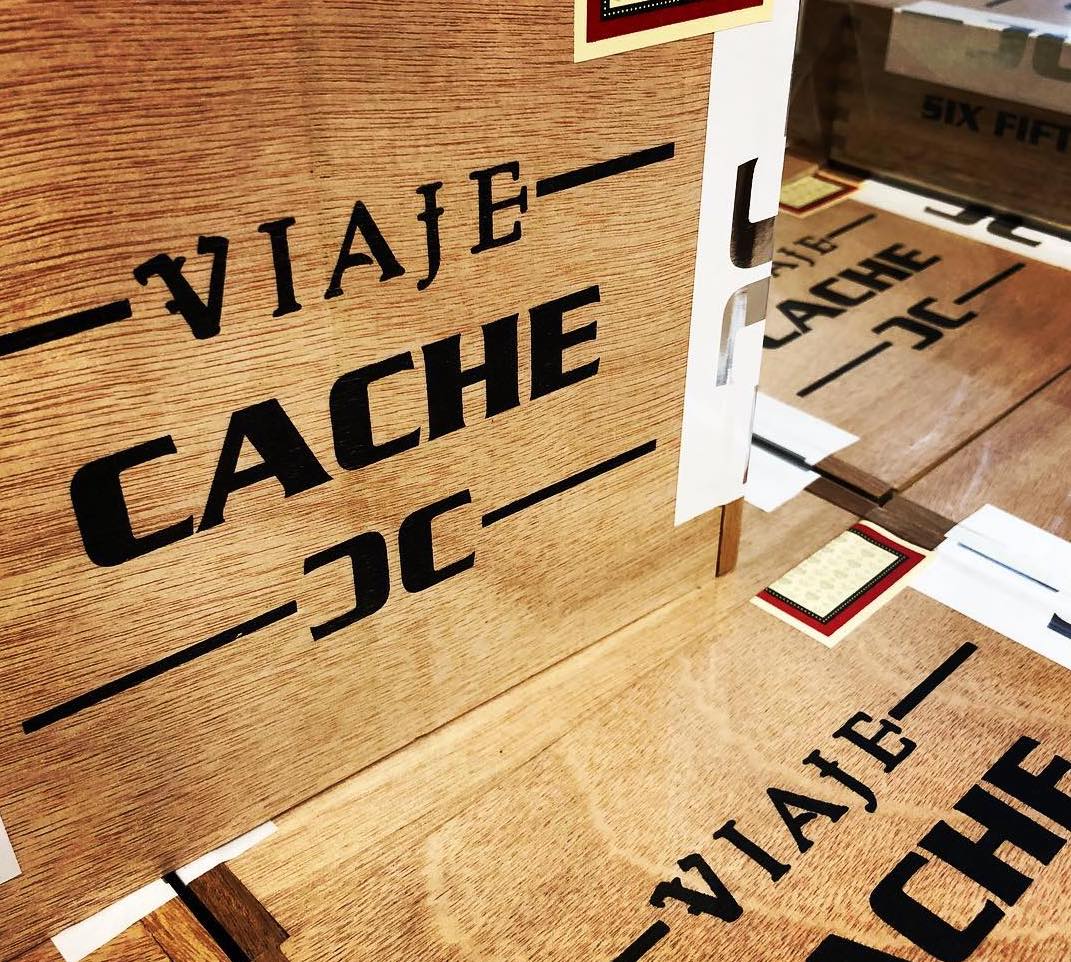 The Viaje Cache, a cigar that was released in 2014, is making its first return in nearly four years. Today, Viaje announced the Cache will return later this month. Returning will be the 5 x 52 (Five Fifty Two) Robusto size.  A new 6 x 50 (Six Fifty) Toro size will now be added into the mix.

The name Cache refers to the rooms where Viaje ages their tobacco and this cigar pays homage to those rooms.  When the Viaje Cache was released in 2014, it was released in 5 x 52 rounded Robusto. There were twenty of these sizes packaged in the box. However, the box itself contained a “cache” of its own. Under that cache were five additional cigars, but these were box-pressed 5 x 52 Robustos. The blend featured a San Andres Maduro wrapper over Nicaraguan binder and filler.